art for julian assange petition demands freedom and respect of human rights for the wikileaks founder, who is currently being held in belmarsh prison in london and awaiting an extradition hearing on 18 may on behalf of the US. initiated about a month ago in milan, the petition, which is addressed to the london court and US justice department, is publicly signed by more than 50 artists, and has over 1000 supporters so far. among them are artist paola pivi, who approached designboom to share the news, vienna-based collective gelitin, photographer letizia battaglia, gallerist massimo minini, and fashion designer jean-charles de castelbajac. 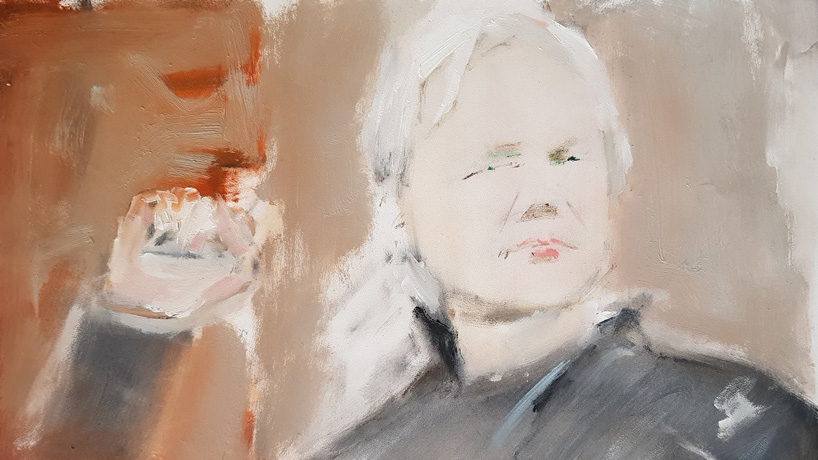 the petition calls all artists, art professionals and art admirers to unite in support of julian assange, who founded wikileaks in 2006 as a safe platform for whistleblowers. you can read the full text below, and head to art for julian assange to see the full list of artists and find out how you can participate.

we are artists. we stand with julian assange.

whistleblowers are revealing important truths and informing us all. wikileaks is our power.

we can all be whistleblowers- if we witness something that needs to be known.

whistleblowers are protected under the constitutions of many countries including the US.

it is absolutely wrong that julian assange is persecuted since years. this happens for the purpose to stop wikileaks and to frighten whistleblowers, journalists, publishers and the rest of us who wish to speak openly.

we call all artists, art professionals and art admirers to unite and sign this petition to demand freedom and respect of human rights for julian assange.

do not extradite him. do not persecute him. release him from prison.