upon the celebration of the 740th year anniversary of the enshrinement of kameari katori shrine in tokyo, asai architects has rebuilt its office building, and constructed a cafe, barrier-free access to the precincts of the shrine, and illumination. the rebuilt office building, which has been set much closer to the shrine than its predecessor, is topped with a folded-plate roof designed to avoid the tall trees around the area of the main building. the roof is in fact shorter than the building itself, while, as one advances into the interior, they can enjoy a calming walk beneath the sloping cypress ceiling as they make a turn from the entrance hall toward the shrine. 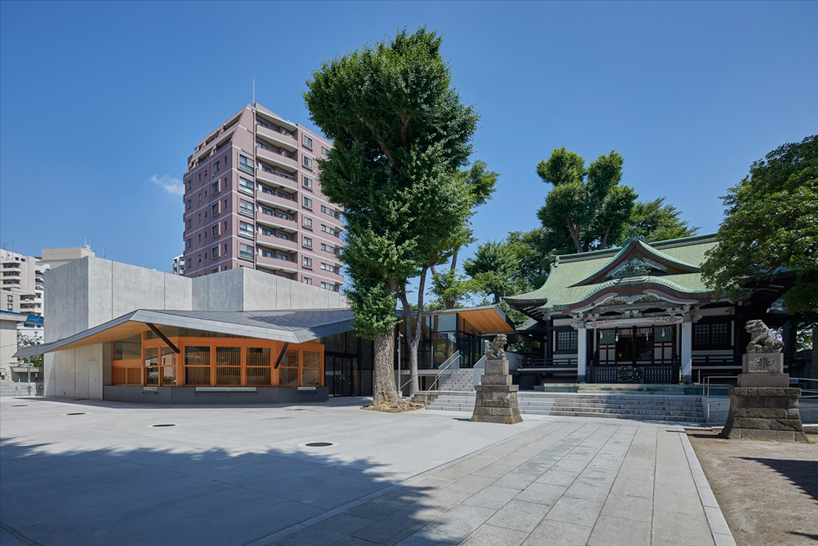 all images by fumito suzuki

‘kameari katori shrine has been a site of worship for the surrounding community since ages past,’ explains asai architects.‘due to the convenience of the area and the development of a large shopping facility nearby, there has been an influx of people from both the local community and from other prefectures, and thus the shrine’s insufficient facilities and deterioration have become issues in welcoming visitors.’ the project includes the reconstruction of the shrine’s office building, which was originally separated from the main building. the new structure is set much closer to the shrine, and includes a conferment counter, business office, assembly hall that can be separated into three parts, and a ramp and elevator to bypass the steps into the main building. 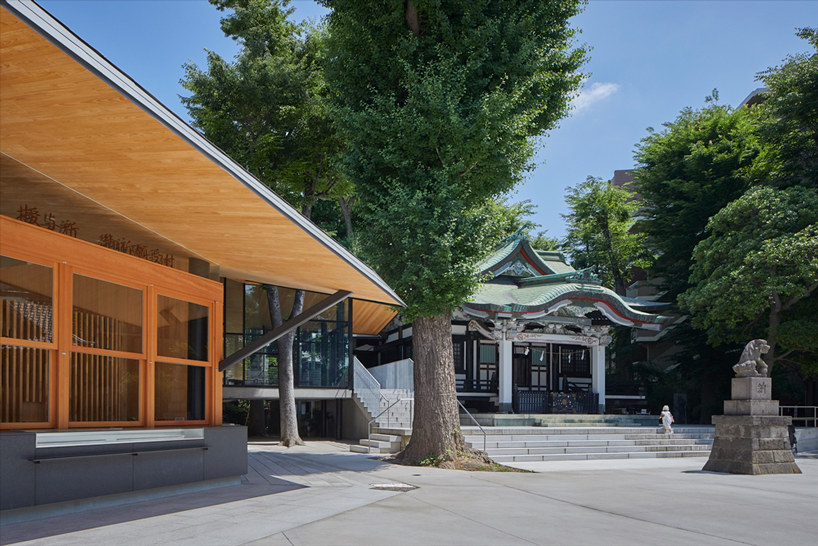 the new construction is topped with a folded-plate roof, set up to avoid the tall trees around the area of the shrine’s main building. the roof is shorter than the building itself, and its sloping cypress ceiling serves to increase anticipation as one makes their way into the shrine. similar to the office building, the cafe is positioned to view the shrine’s plaza area, where one can see children playing after finishing their worship. ‘the scenery truly embodies the ideals of the chief priest,’ adds asai architects. 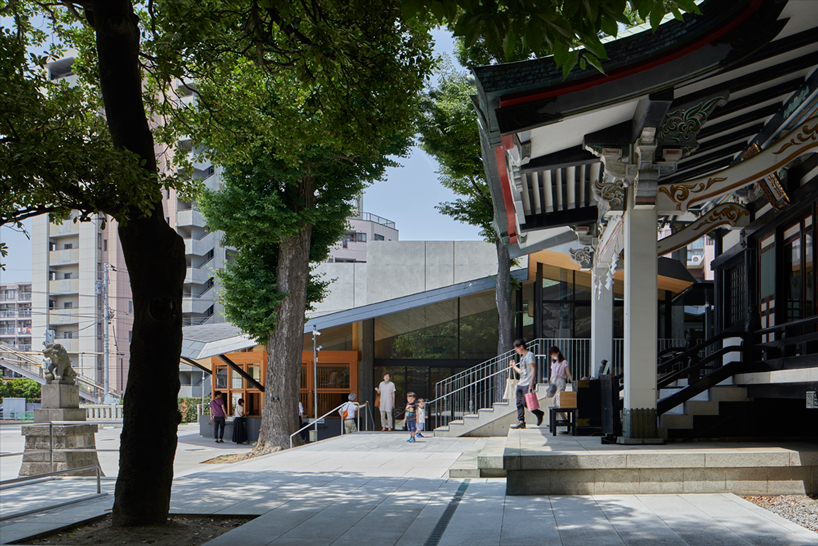 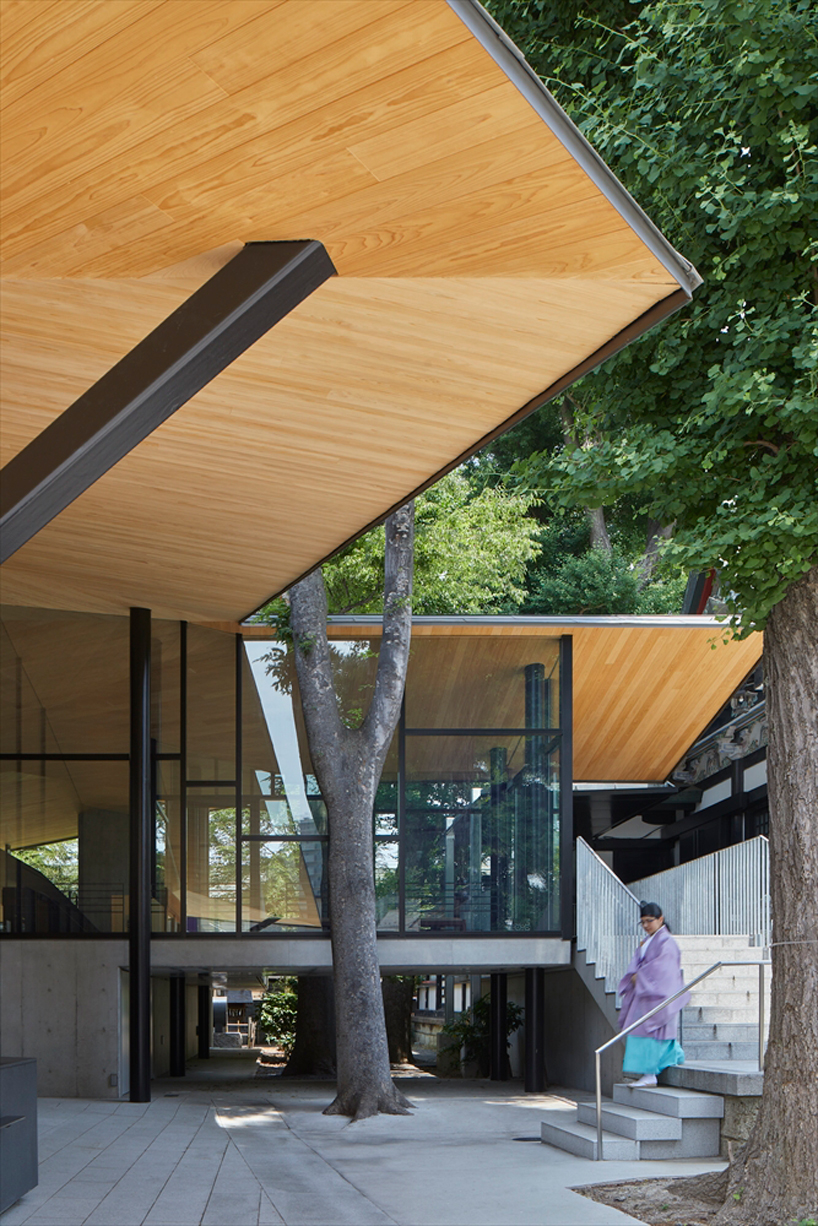 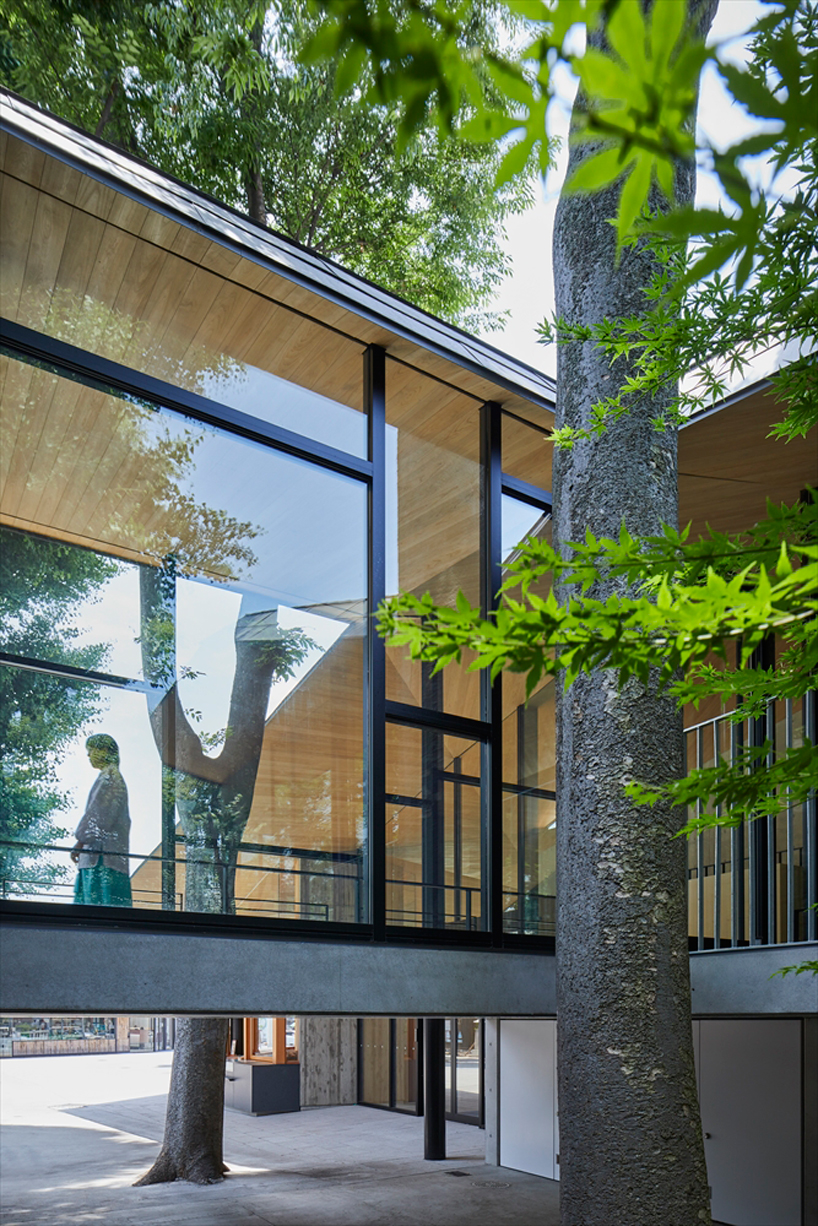 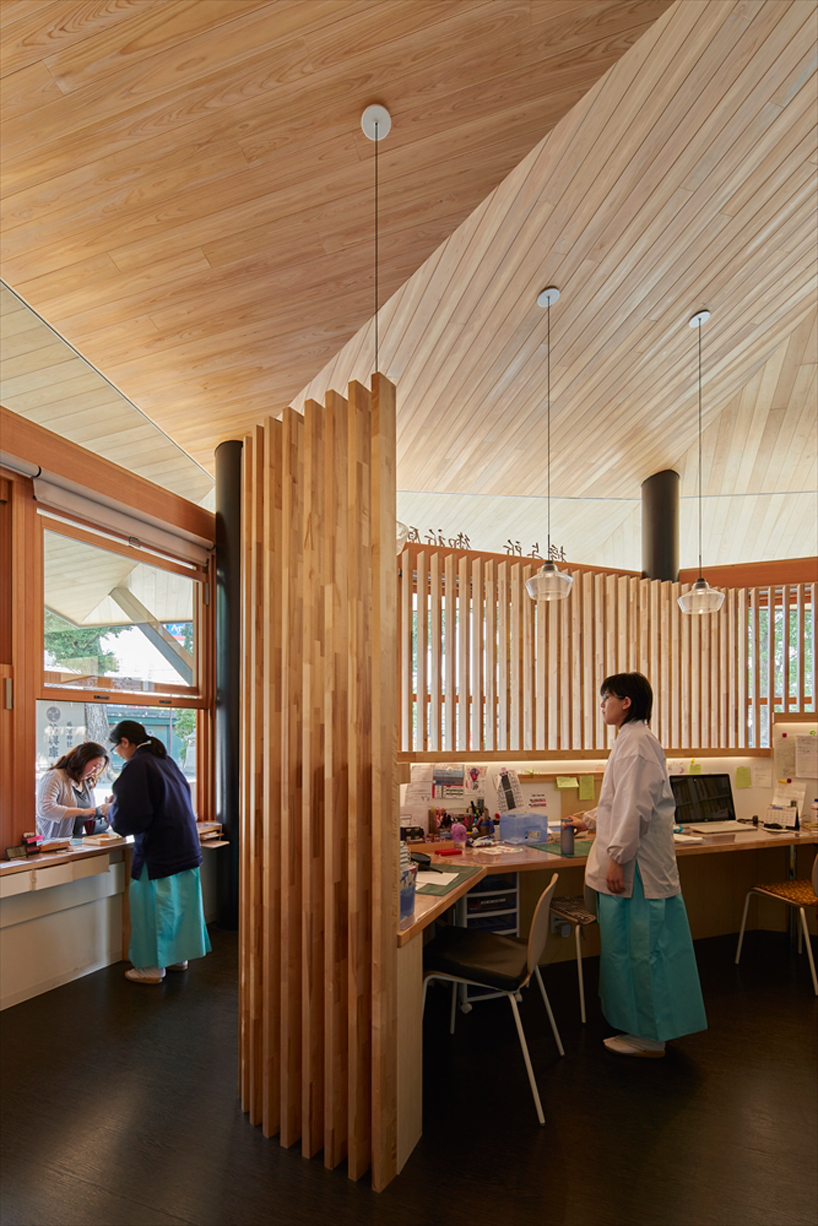 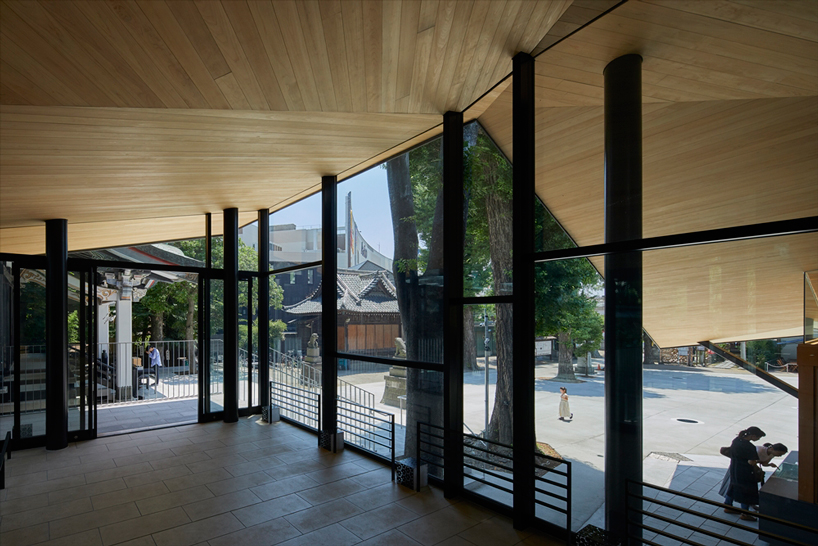 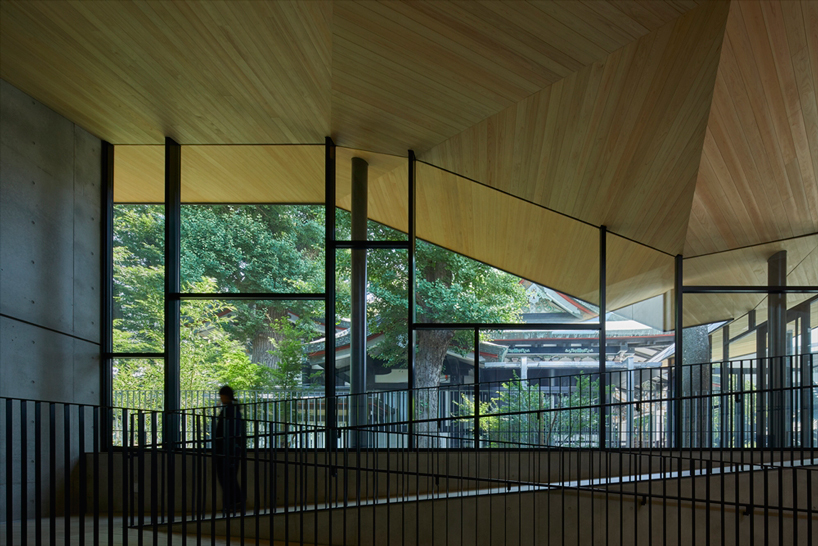 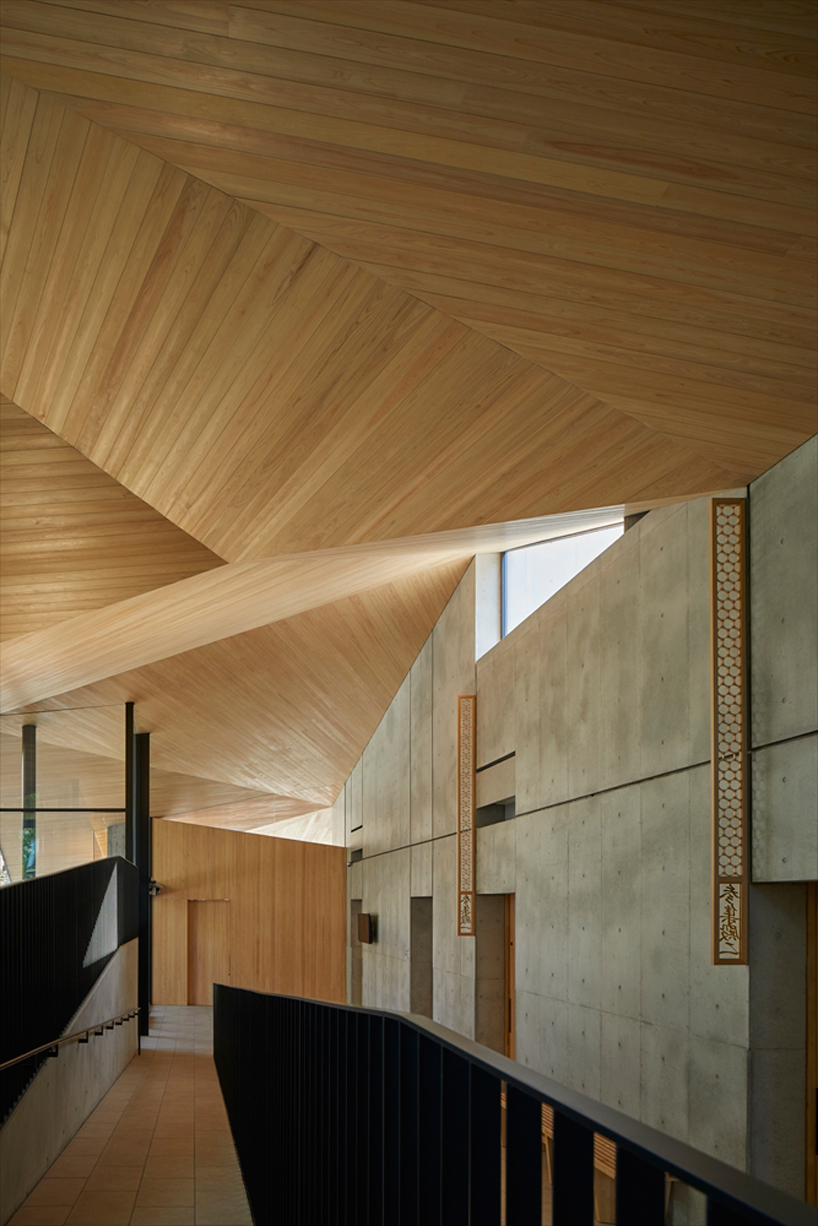 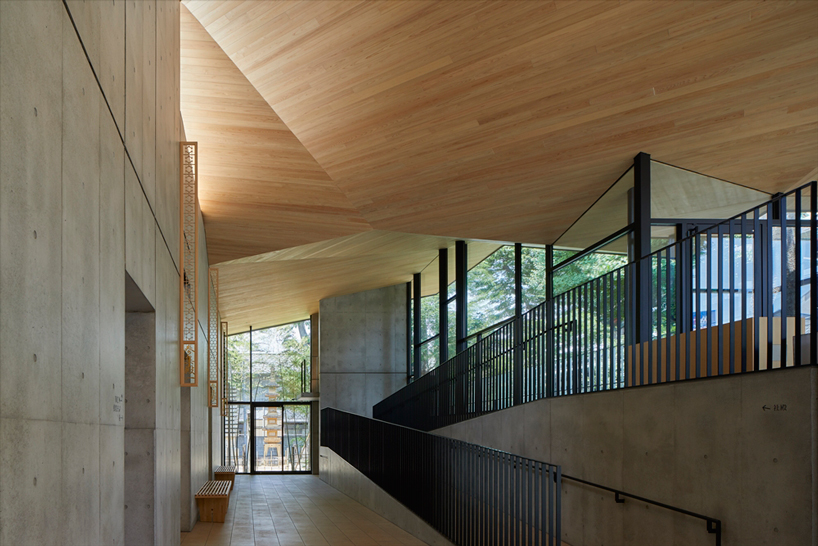 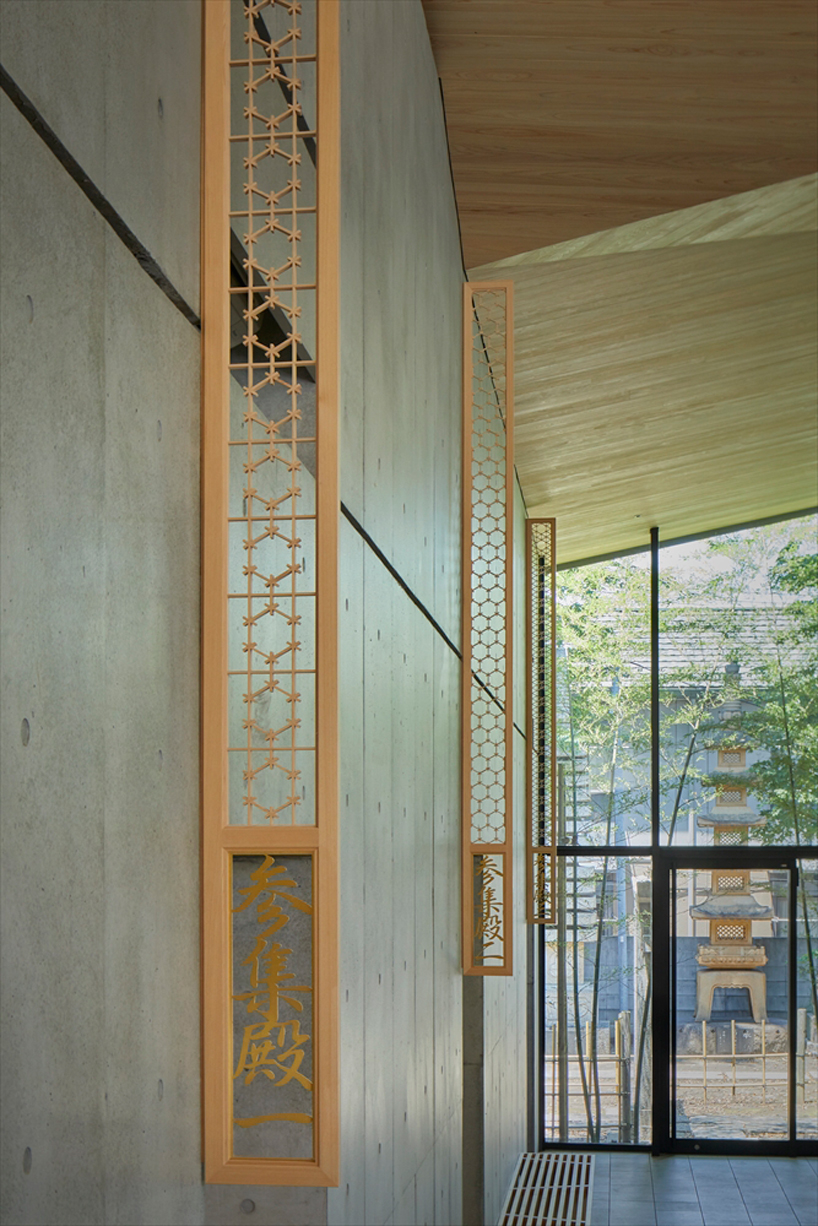 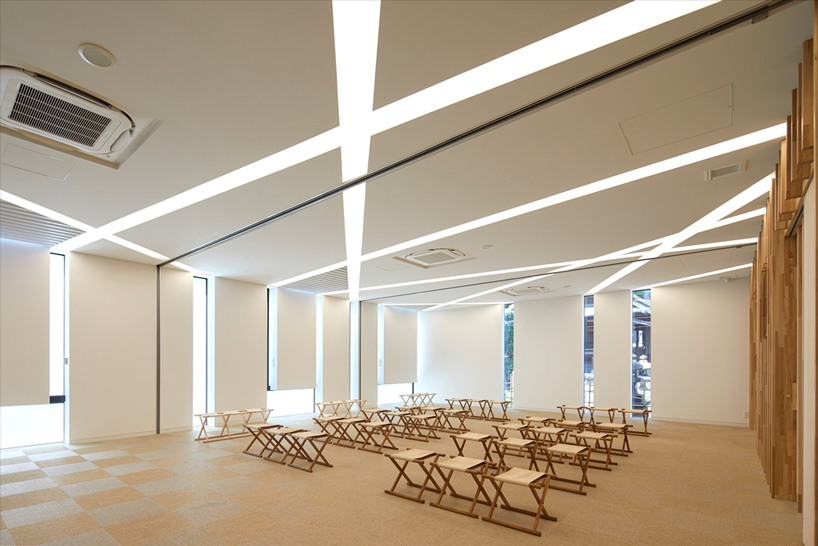 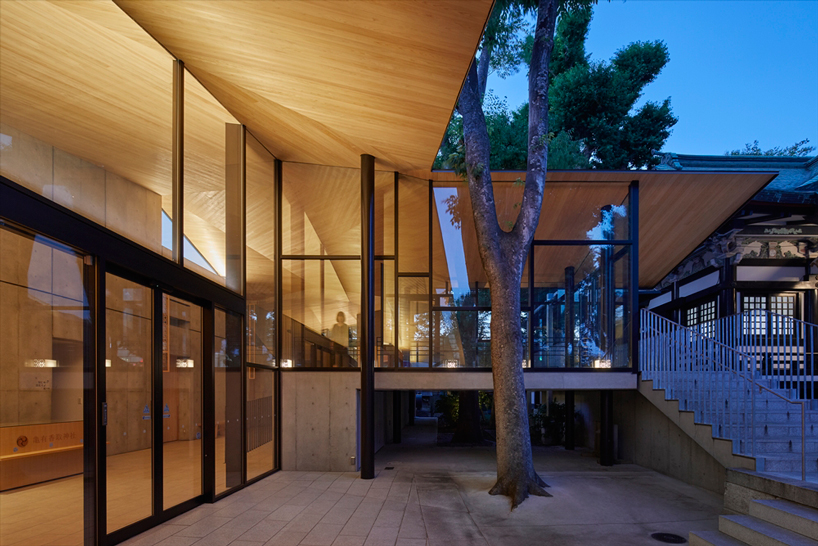 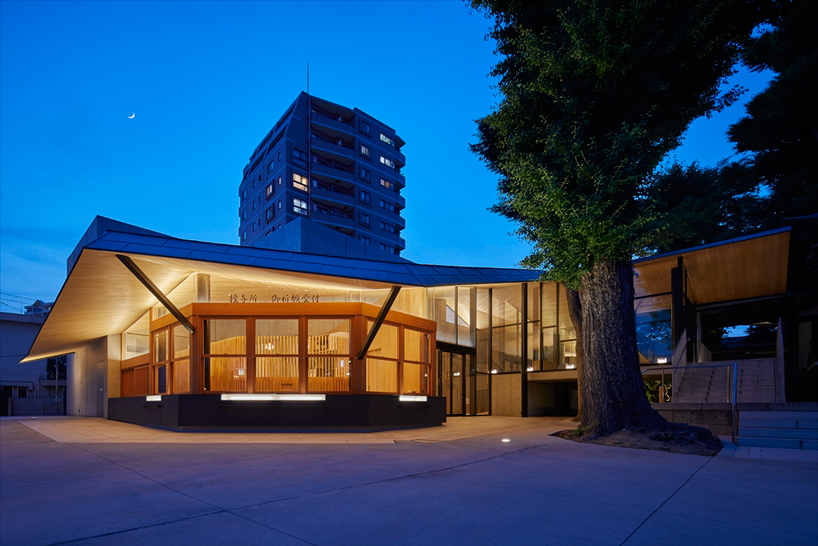