in the historical center of quito, ecuador, aquiles jarrín has transformed a formerly compartmentalized residence into an airy and plant-filled living space. by stripping back the walls of the existing 1970s apartment, the project reveals ‘a forest’ of beautifully unpolished concrete columns. 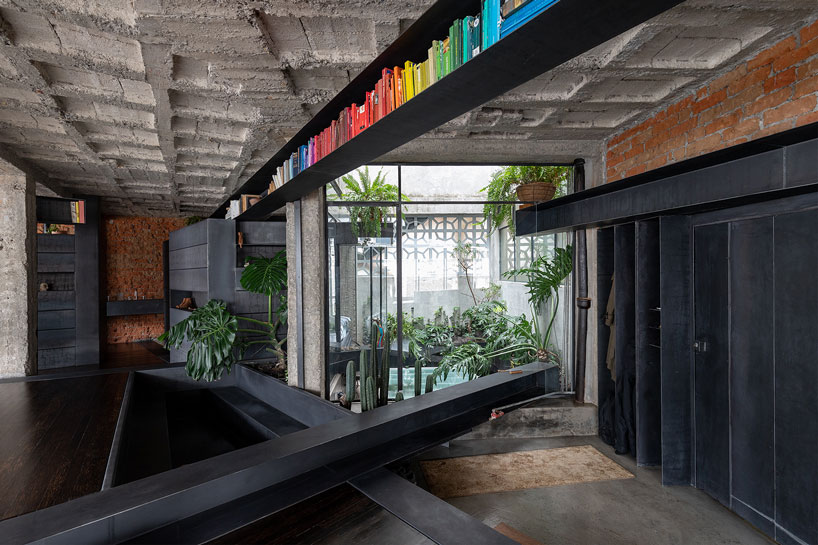 the owners of the apartment sought to break down the strict delineation of the floor plan to afford increased flexibility and adaptability in function. in addition to bringing in an abundance of greenery, they also wanted to create a social area with no strong divisions between the private spaces, allowing a very permeable place to live. 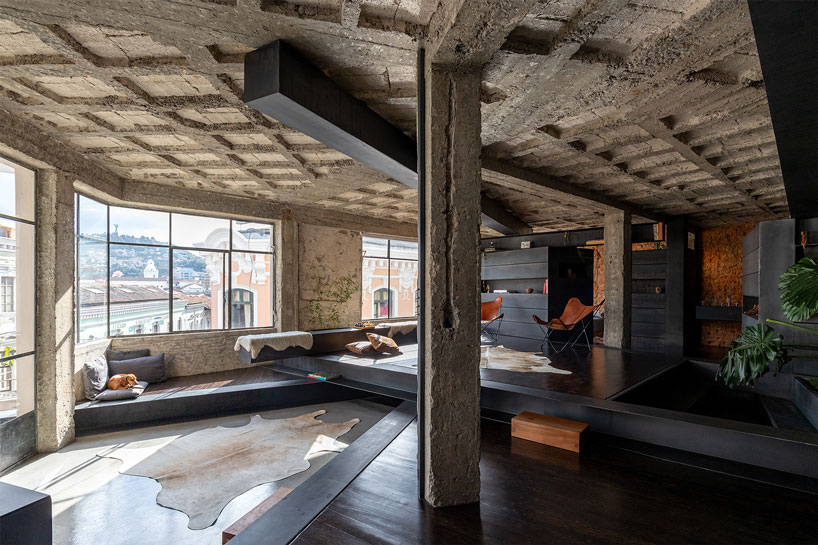 to achieve the client’s goals, aquiles jarrín first considered the potential, limitations and possibilities of the existing apartment. this research was whittled down into three main points that set the basis of the intervention: light, materiality and location. light from the existing air and light shaft, the materiality of the existing concrete structure with a free height of 3 m, and the seductive location overlooking the urban landscape within in an iconic place of the city, framed by republican façades. 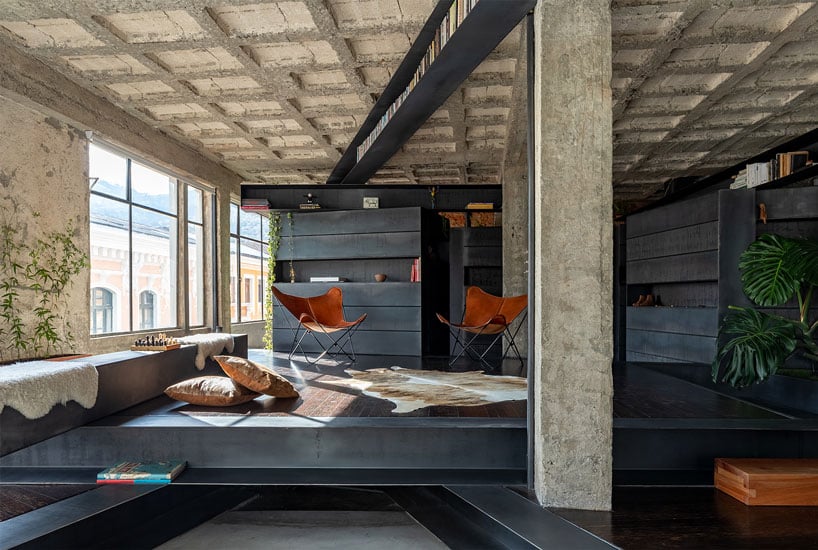 first of all, the interior walls were demolished and planters were introduced; the walls were replaced by glass openings with access to the patio, reconfiguring the space and transforming it into a green place of nature and light. without walls, the columns of the concrete structure acquired a strong presence, becoming a basic element of the project, while a more poetic dimension was brought in: the columns were no longer seen as such, but as tree trunks. 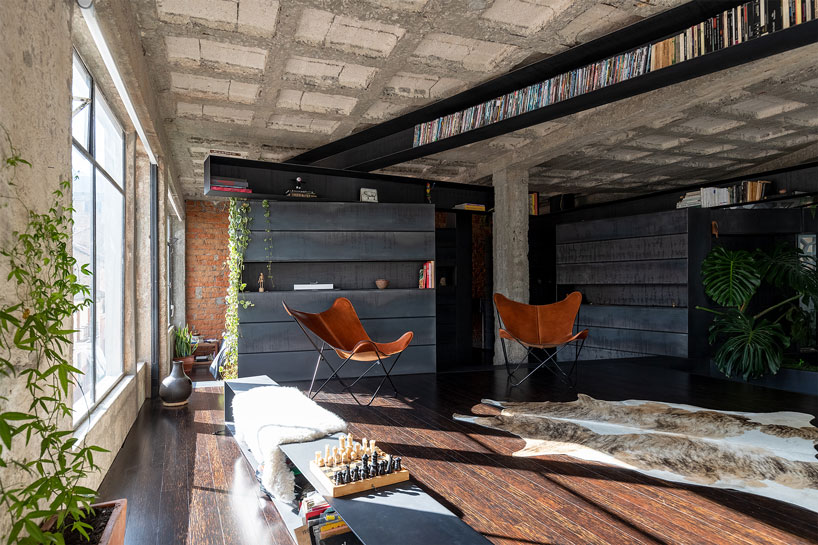 the idea arose that it was no longer a domesticated space, but a wilder world, ‘a forest’. if the columns were trees and the space a forest, only other trees could appear in this scenario; some fallen, other superposed, as it usually happens in nature. new elements were generated with this same size and a playful and experimental exercise begun, until a series of relationships were found to solve the needs of habitability. by overlapping ‘the trunks’ new floor levels were created and an interior topography occurred. 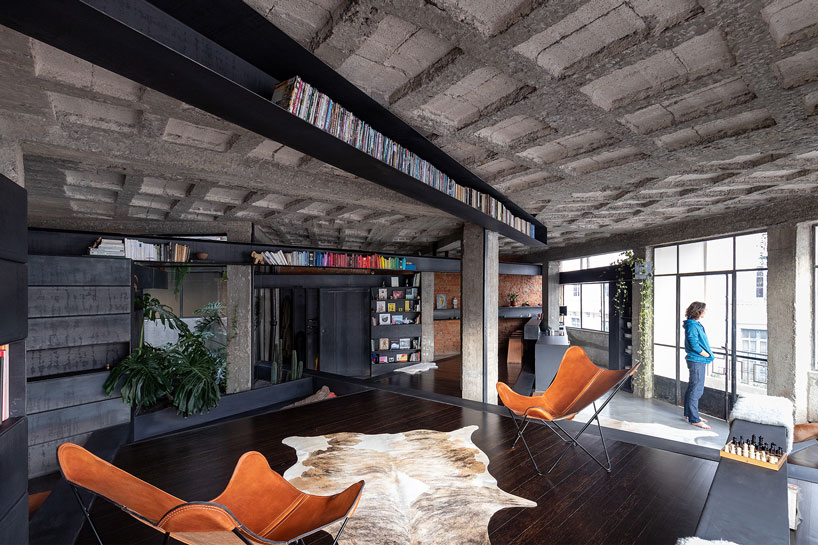 these new elements were designed with three faces and an interior void, giving them characteristics of furniture and becoming a multifunctional piece, where a book, bread or shoes could be located. metal was the most suitable material, allowing both, for a versatile use and the development of all the project’s elements. 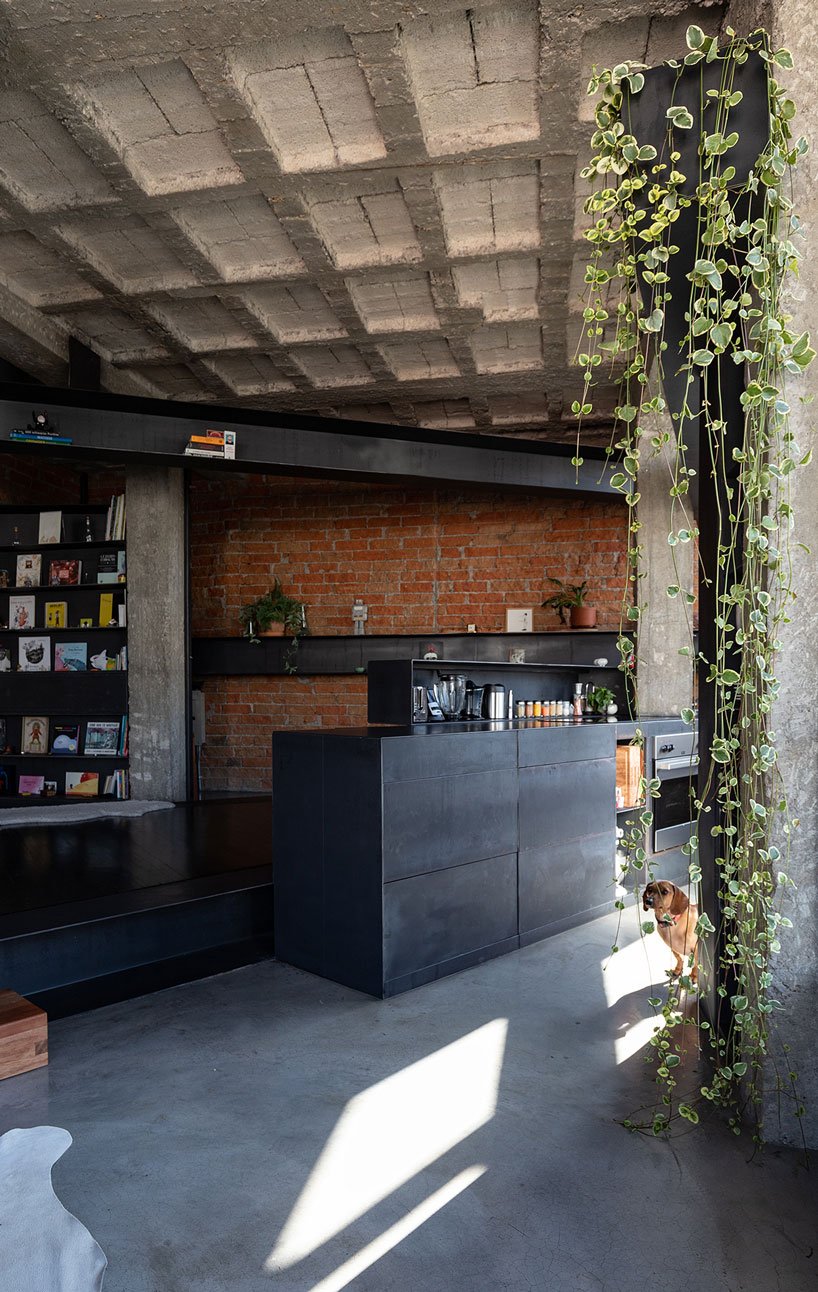 another intervention strategy was to clean the place of any element that seeks to hide the material’s nature, generating new and unique textures. the brutality of the materials presents the intervention in an unfinished state of work or of modern ruin, in tension with the purity of lines and the finishing of the metal elements. the project ‘a forest’ is a world in constant discovery. the textures, levels and elements that float and traverse invite to reinvent the forms of use and appropriation in space. 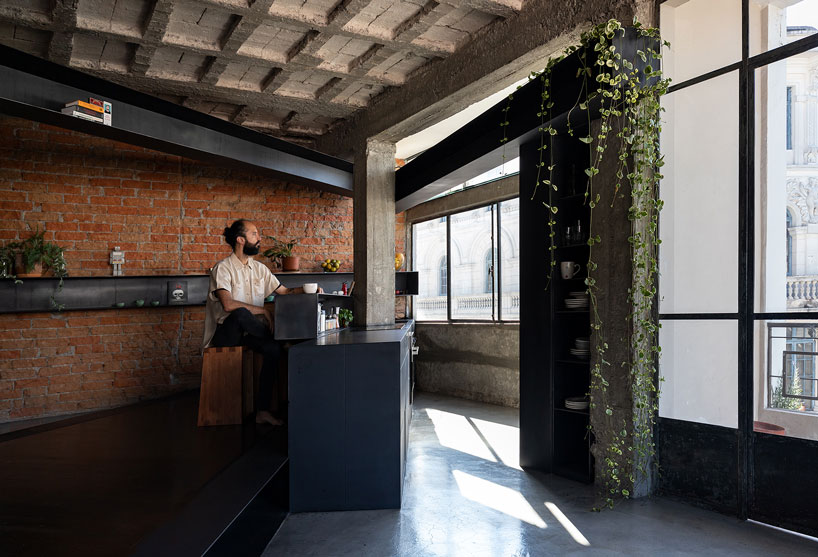 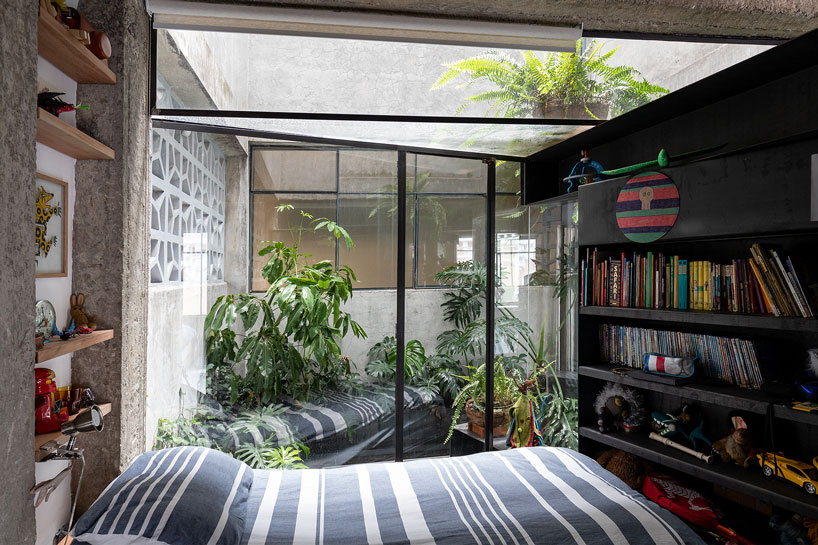 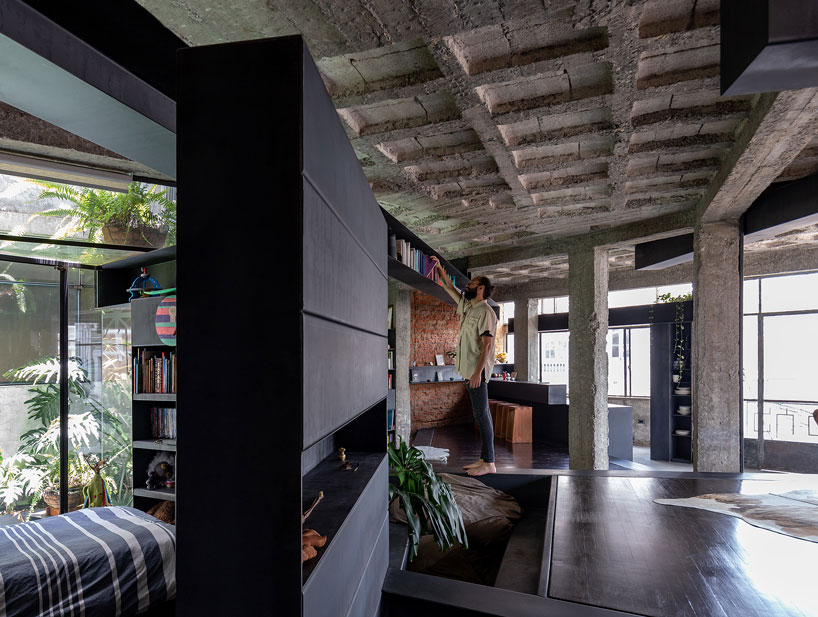 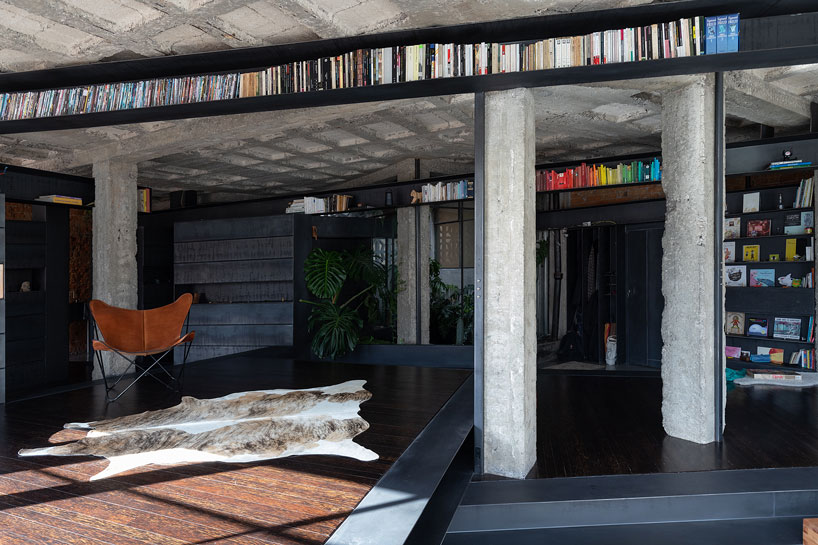 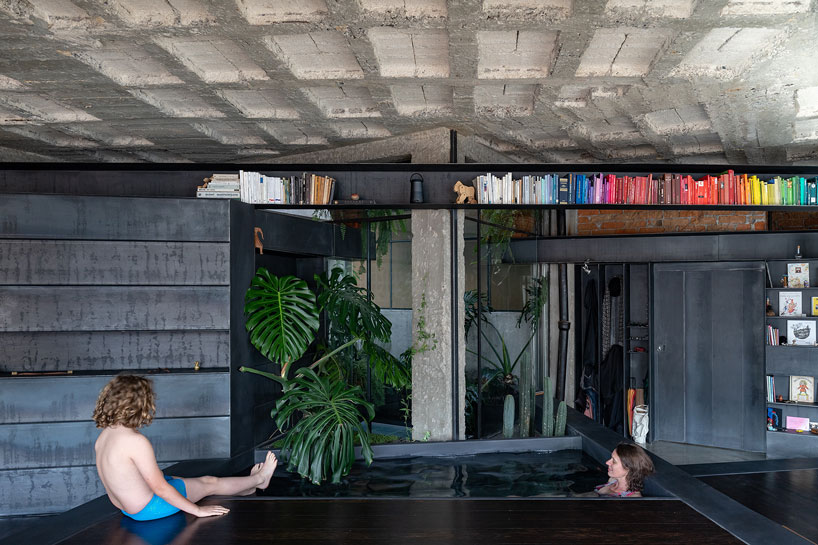 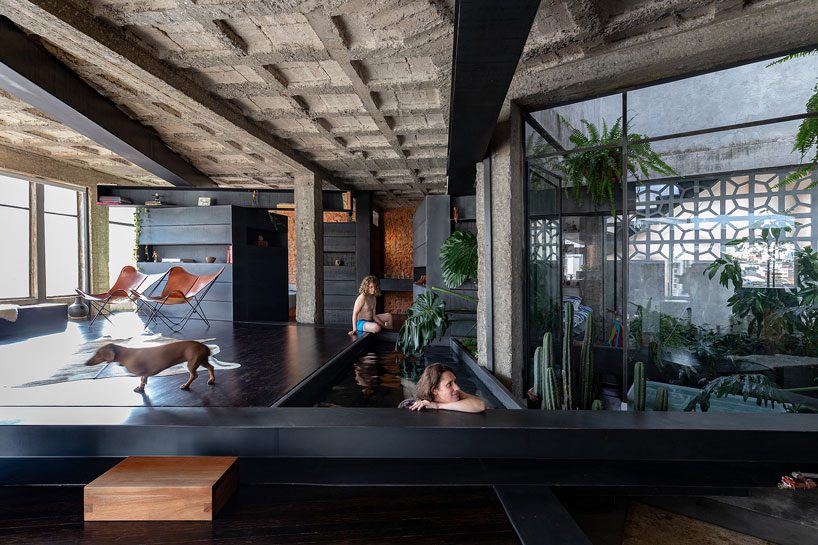 the floor plan removed of walls

Spread the loveWith two layers of light-catching perforated steel panels, walking beneath the cathedral-style centerpiece is akin to being immersed

Journey to Edge by LAB at Rockwell Group: 2020 Best of Year Winner for Exhibition/Installation

Say No Mo by Balbek Bureau: 2020 Best of Year Winner for Beauty