JOA has unveiled the ‘post anthropocene’ series, a collection of architectural types for the future society, featured in 2019 shenzhen bi-city biennale of urbanismarchitecture. the name of the series is influenced by nobel prize-winning chemist paul crutzen who officially introduced the term ‘anthropocene’ in 2002. the word refers to the recent geological epoch of the earth and is considered to be dating since the commencement of significant human impact on earth’s geology and ecosystems by the end of the 18th century. based on this topic, and research on striking environmental and social problems, the collection was created. 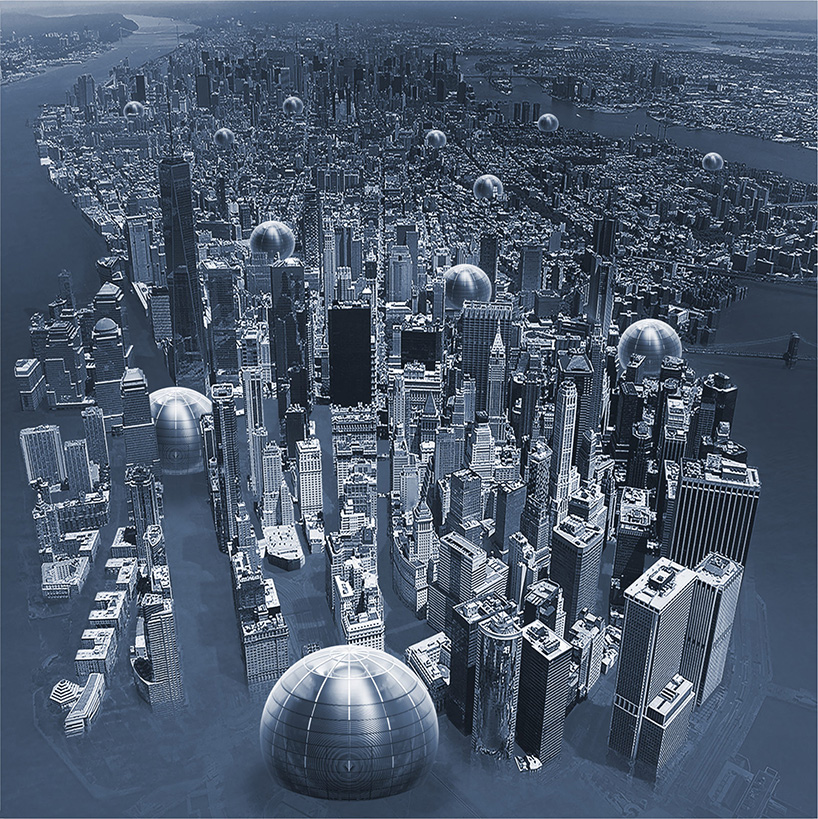 all images by JOA, unless stated otherwise

‘if we continue raging on our planet, the natural reaction force will push us to adjust, which results in new architecture types‘ JOA explains. the project showcases five new architecture types, that were conceived after studying the intricate forms and different issues that each city faces. this complexity was translated into the architectural composition, expressed through narratives of movies and illustrations. behind the architectural form, the typologies reflect a more accurate response strategy, local customs, different ways of living, and spatial qualities. 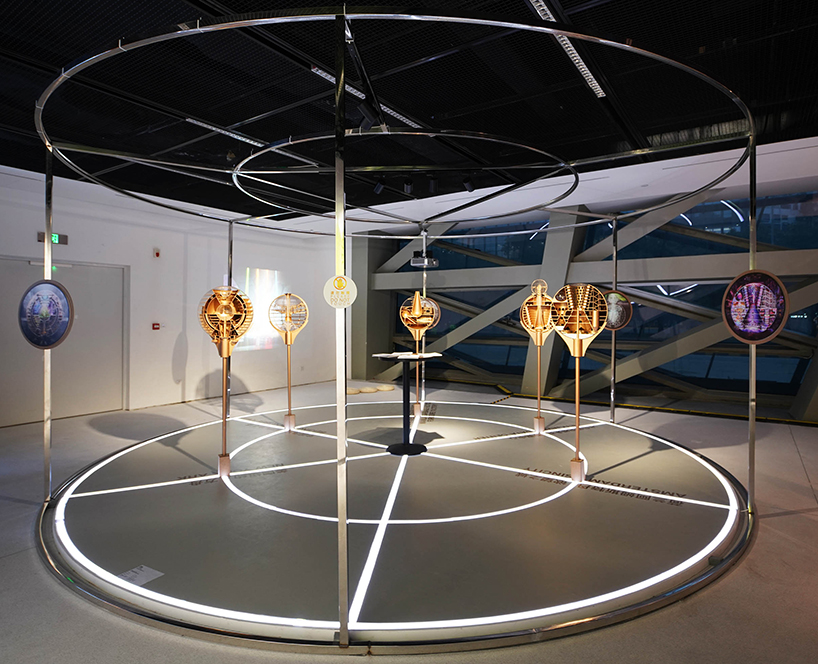 new york ark: with global warming expected to raise the water level significantly in the following years, manhattan will be immersed and the life of new yorkers will be severely affected by 2100. based on this hypothesis, a floating ark was proposed with a green core that expands outwards, accommodating residents by their original class order. in between the residential area and the ‘central park’ there are public spaces on the upper level, functioning as cultural spots and office areas, as well as facilities on the lower level to maintain the ark’s fundamental consumption, including vegetable plantation, slaughterhouse, incineration, and power plant. 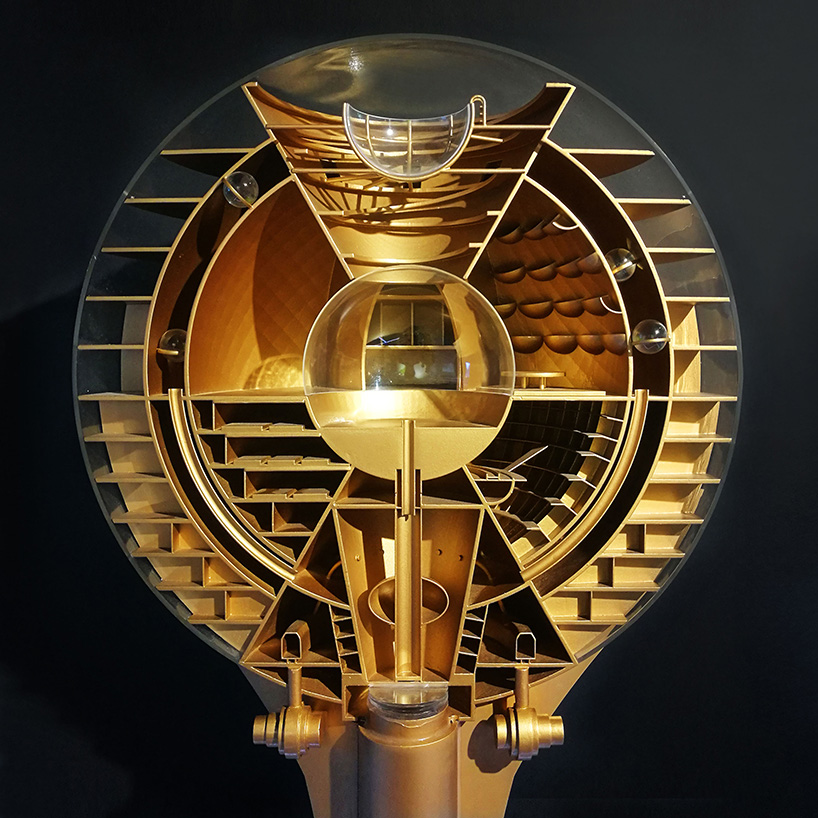 beijing smog free tower: the smog issue in beijing has become a global concern. the smog is mainly composed of sulfur dioxide, nitrogen oxides, and respirable particulate matter. the tower will sequentially filter atmospheric matter, degrade sulfur element, electrolyze rainwater, recycle nitrogen element (to fertilizer), and go through other physical or chemical treatment processes, finally producing oxygen via photosynthesis. the PV cells on the surface of the device will provide basic energy, and the hydrogen produced by the electrolytic procedure will be used for suspension of the tower. there is also a tour path included for the public, combining the panorama deck, botanic garden, and education areas. 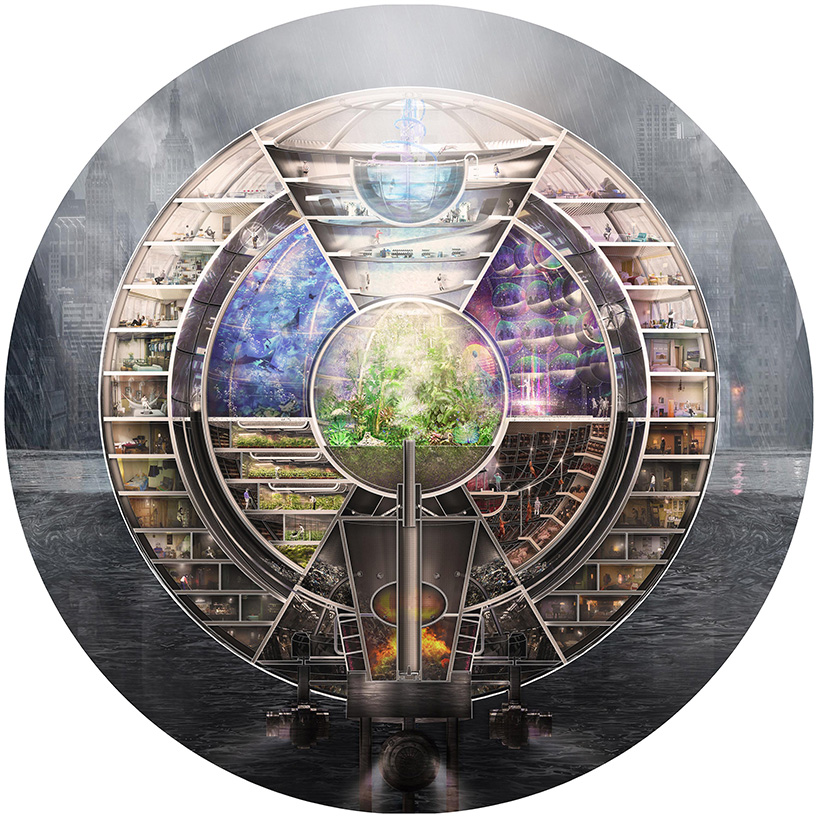 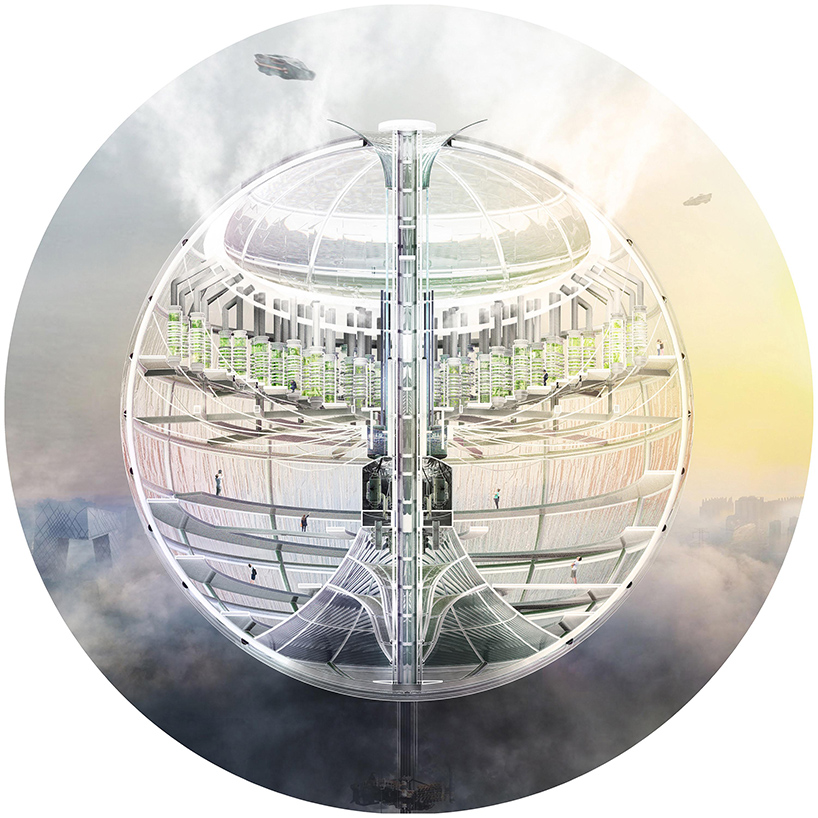 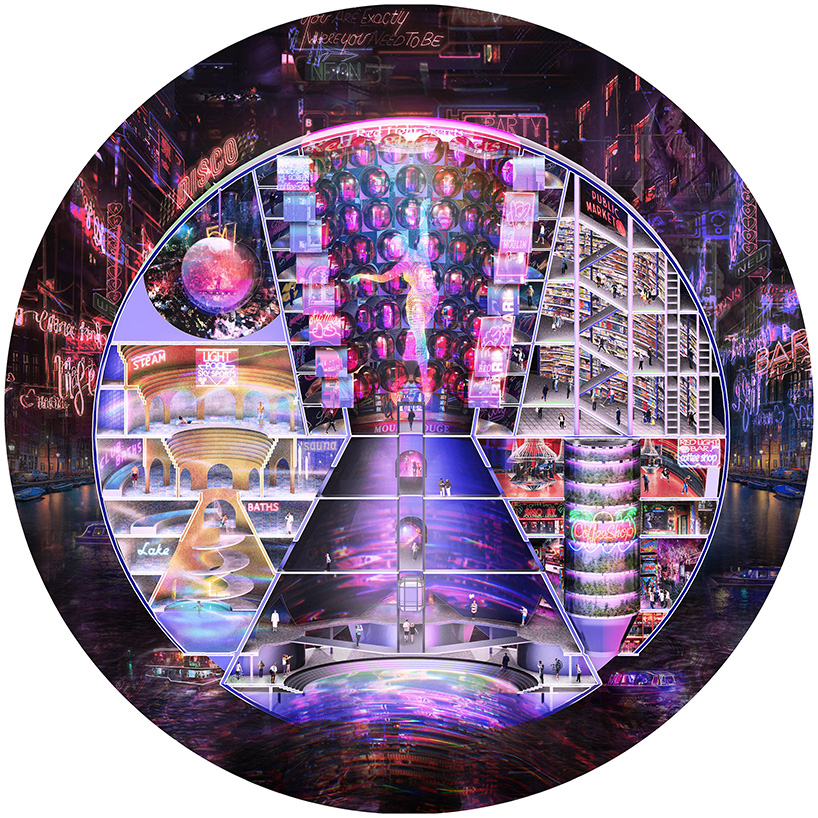 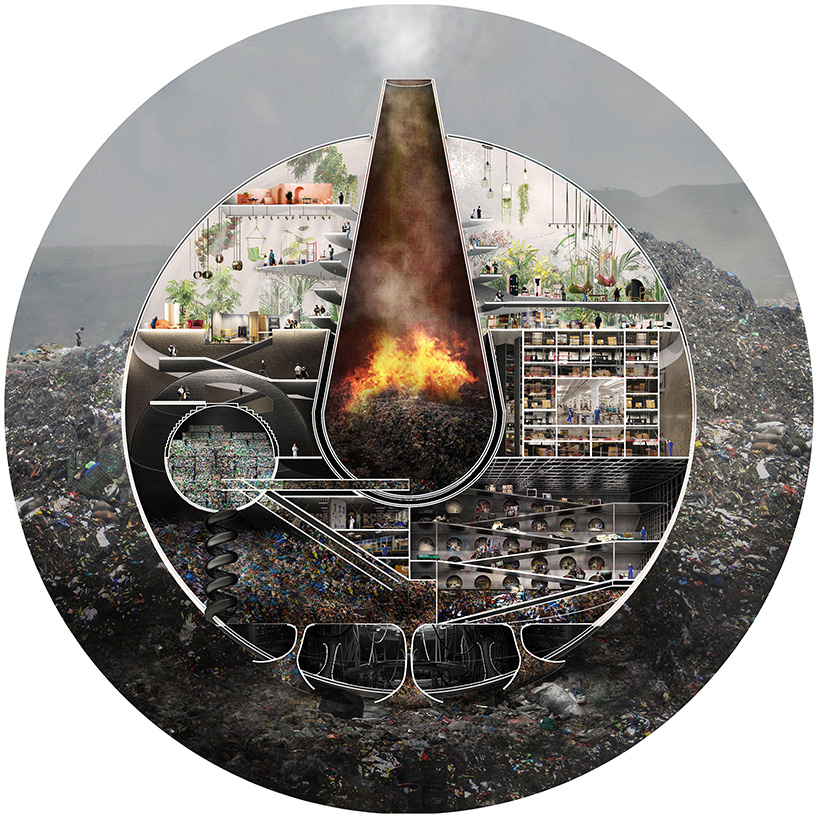 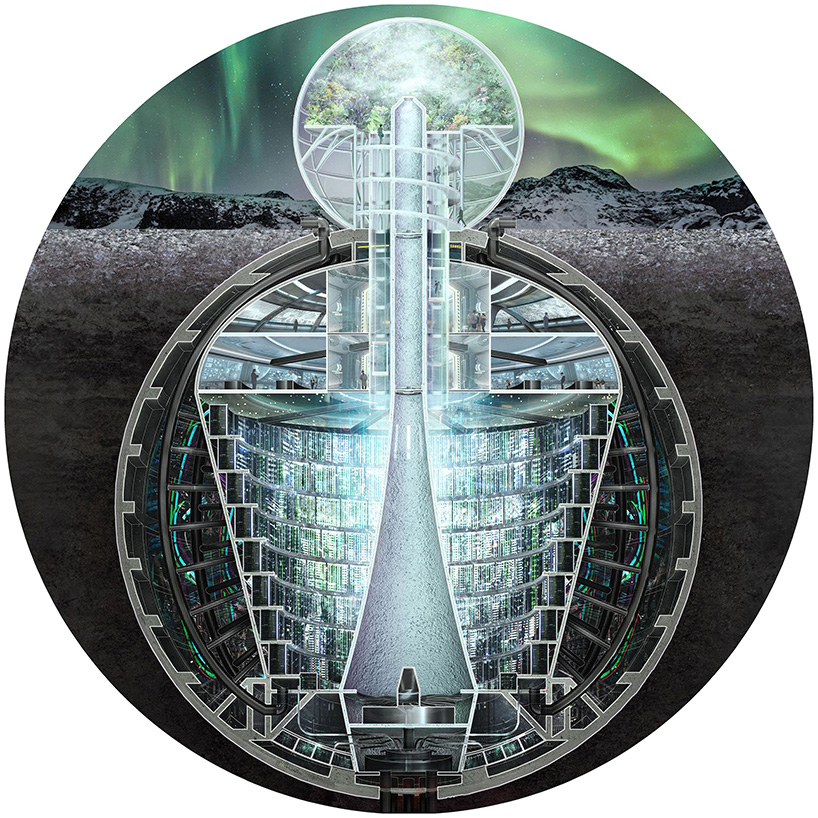 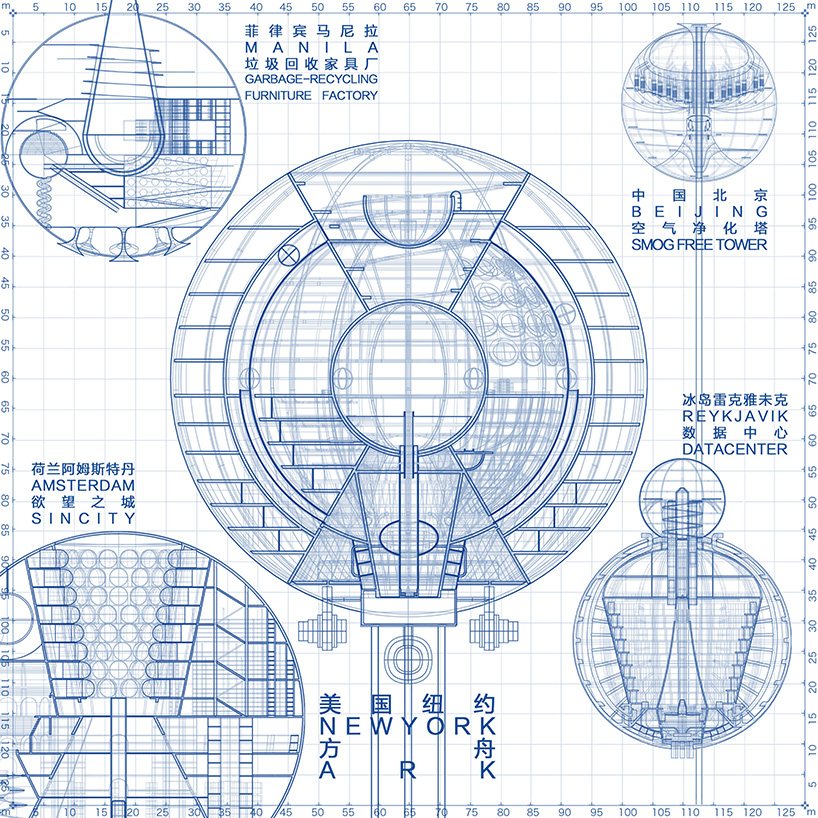