with ‘the beehive’ office building in new south wales, luigi rosselli architects presents a reevaluation of waste products and their use in contemporary construction. while a work of architecture’s value is often reliant on expensive and scarce materials, the team at luigi rosselli architects works with architect raffaello rosselli to investigate how an undervalued waste product, like ubiquitous terracotta roof tiling can be redefined. this exploration is driven by the reality that construction creates up to fifty percent of australia’s waste output, and that a building’s energy footprint is largely based on the material’s embodied energy, an impact which can be resolved with material reuse. 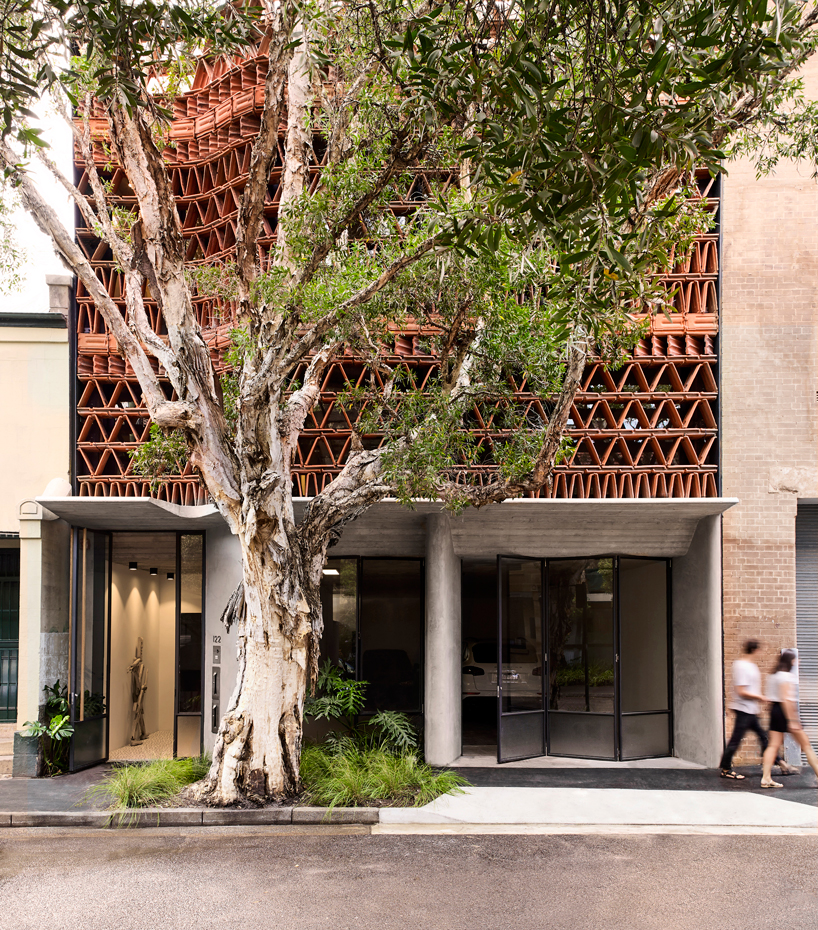 through experimenting with waste material reuse on its own studio, ‘the beehive,’ the team at luigi rosselli architects aims to generate a precedent for future projects. together with raffaello rosselli architects, the team explored an appropriate component of waste material for a brise-soleil to filter the harsh western sun that the main façade faces. the terracotta tile, an overlooked symbol of suburbia, was chosen as it is easily sourced and without an adequate reuse market. although common, the terracotta tile appealed in its raw elemental materiality, with no tile exactly alike, cast in clay and fired still by hand. 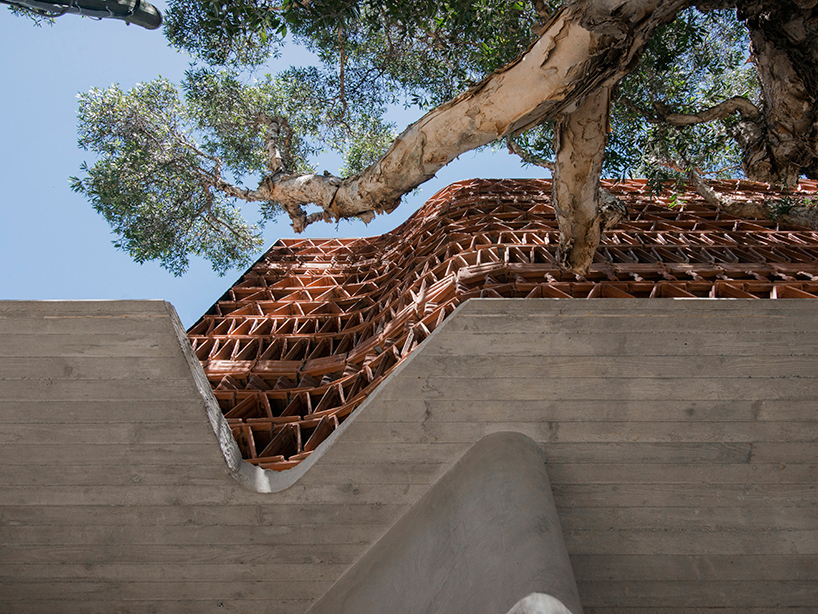 luigi rosselli architects and raffaello architect employed a unique design process in the development of ‘the beehive.’ in response to an object which is geometrically complex, the design of the façade was largely conceived through a series of full scale tests and hand built prototypes. this opened up an intuitive form of designing through making. the tactility of the process allowed rapid prototyping, including experimenting with multiple tile course types. these prototypes informed the final design, where each tile course was placed based on its function. 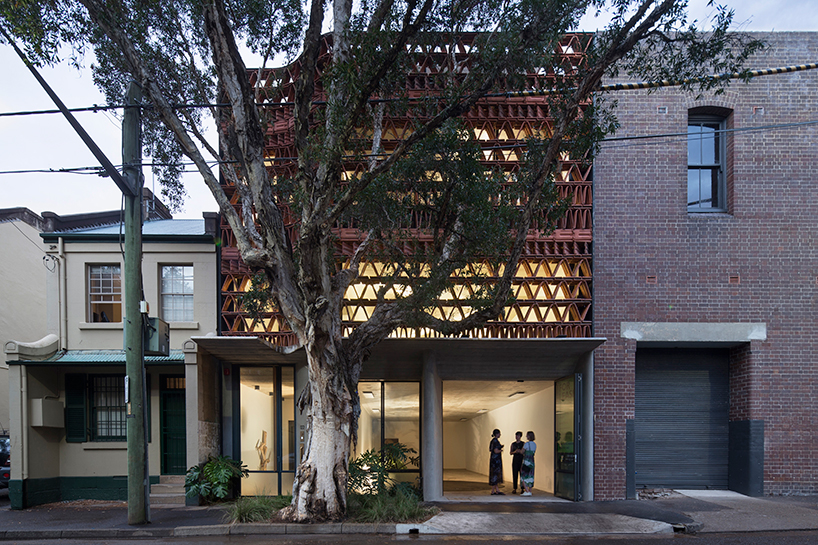 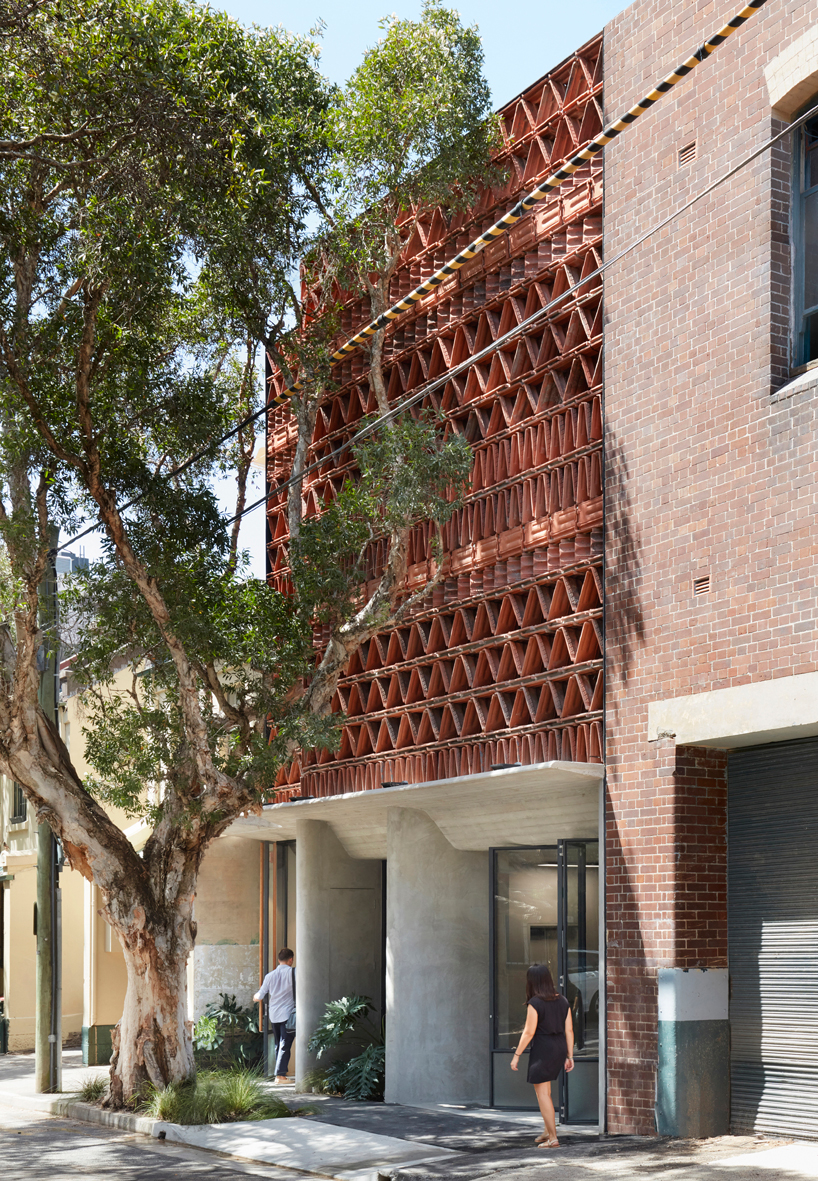 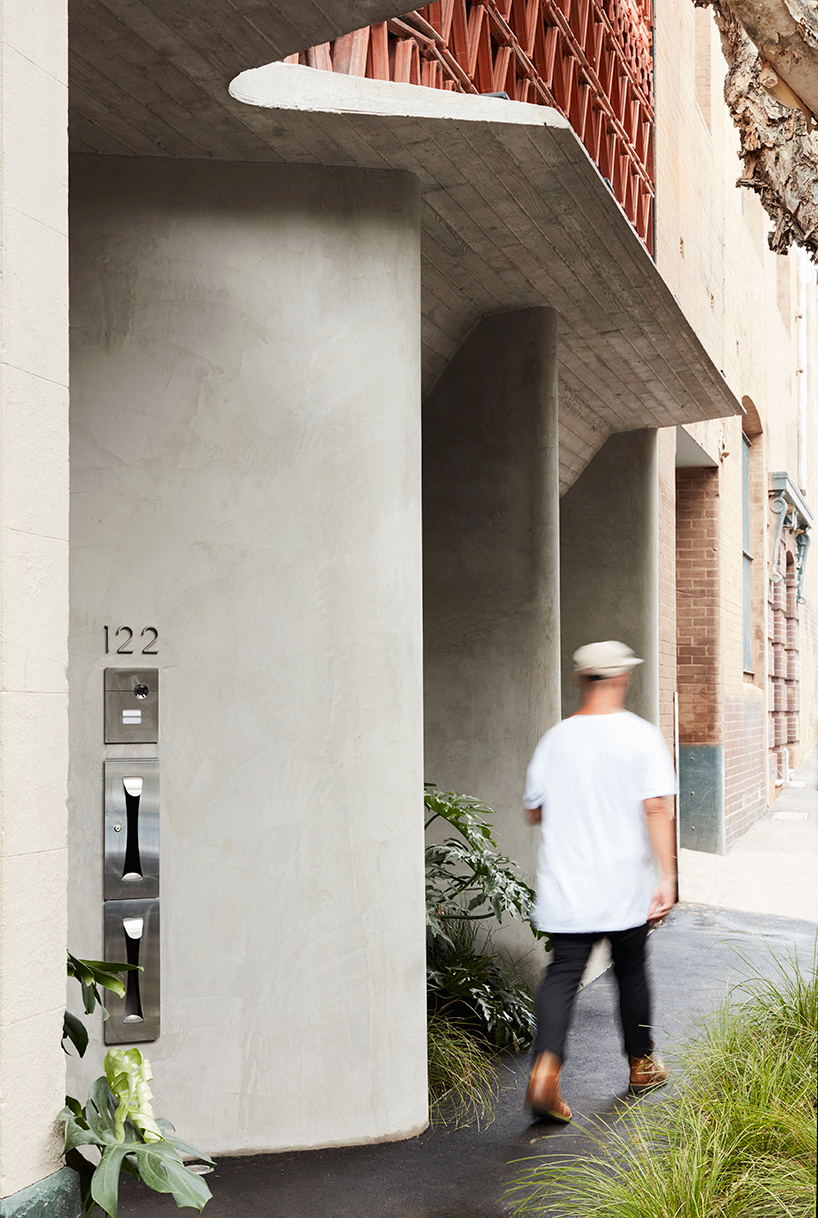 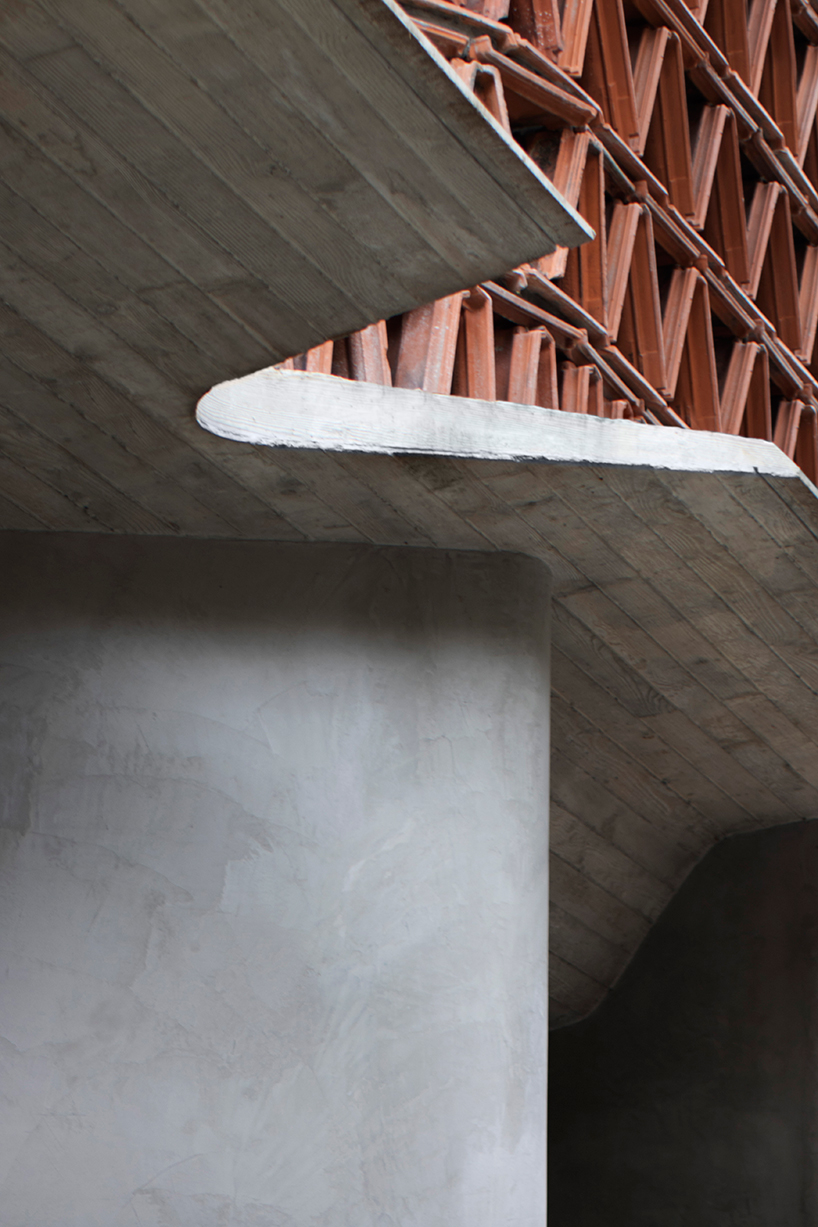 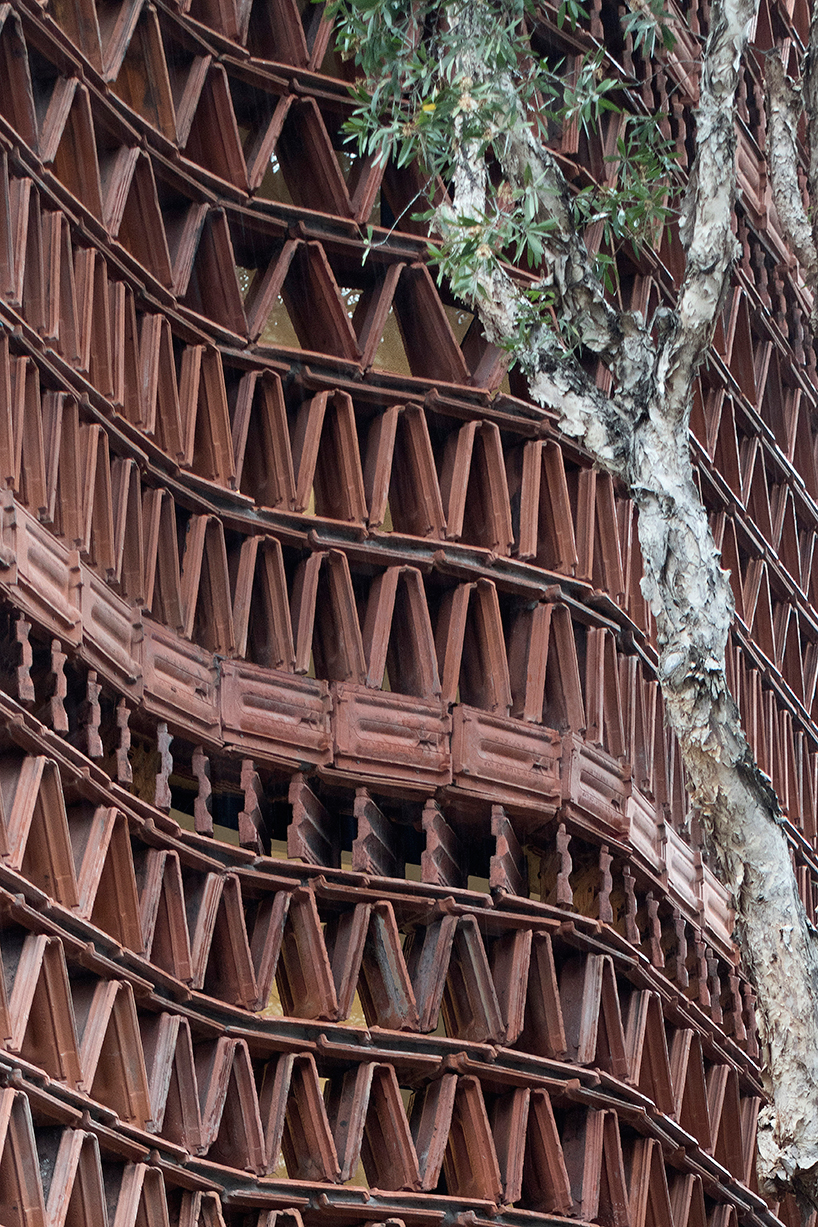 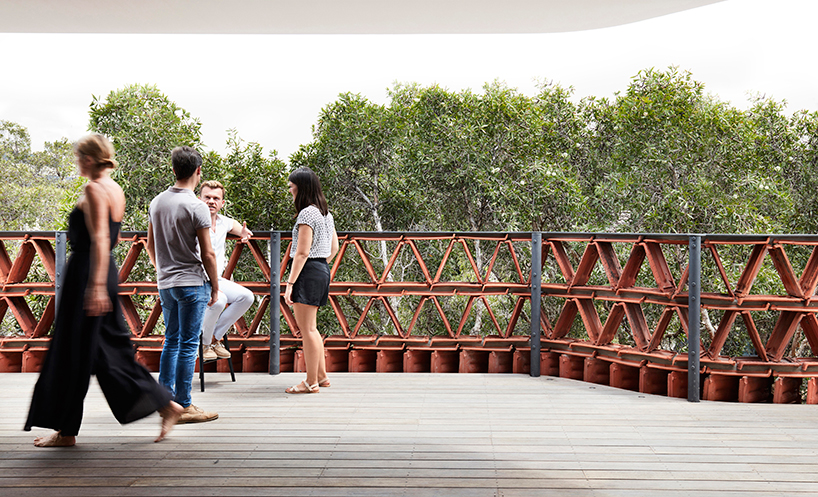 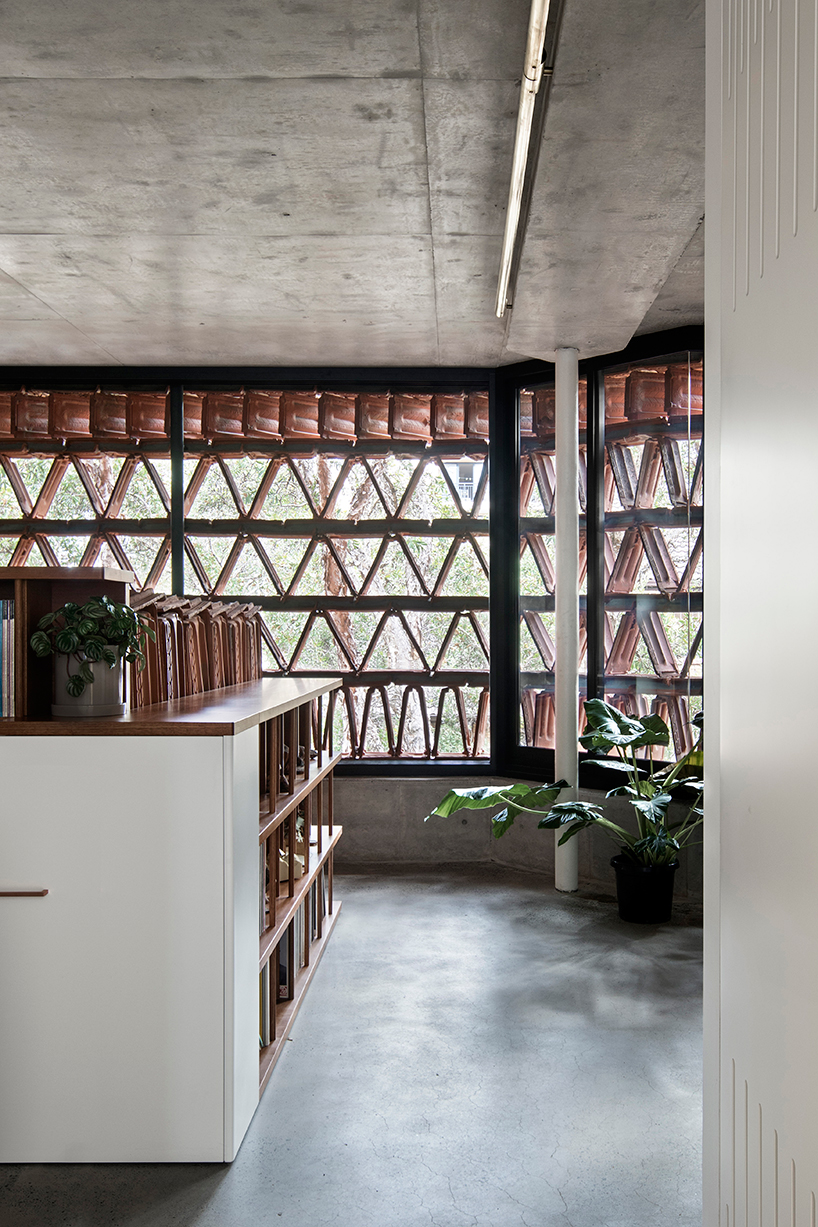 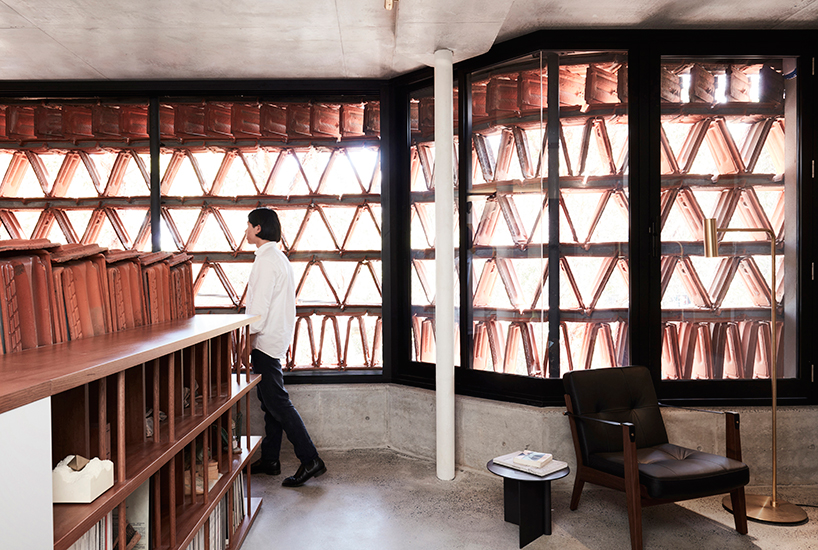 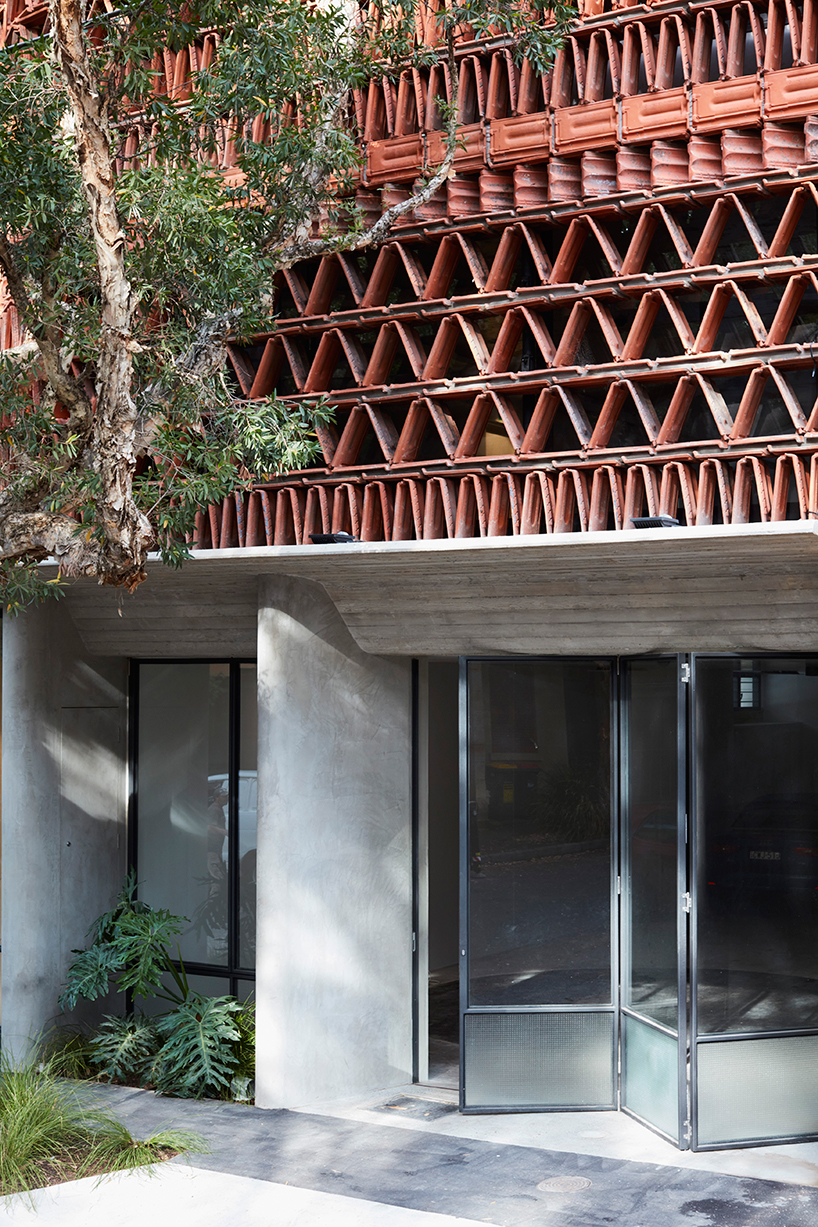