with a project that integrates ecological conservation with a new urban lifestyle, LWK + PARTNERS unveils plans for a waterfront development at zhongshan OCT harbour in china. spanning a site of nearly 3,229,173 ft2 (300,000 m2), the masterplan broke ground in early 2020 and is scheduled to open in 2023. 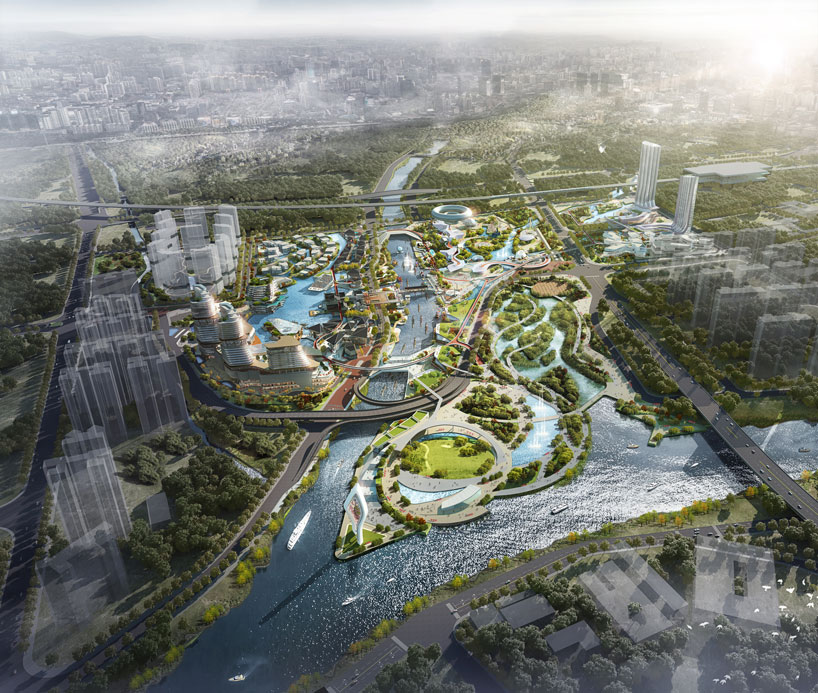 all images courtesy of LWK + PARTNERS

the project is envisioned to serve as a dynamic recreational destination and emerge in the west coast of guangdong-hong kong-macao greater bay area. LWK + PARTNERS planning and urban design team in hong kong office came together in collaboration with shenzhen and chongqing studios to create an urban cultural hub for the community, incorporating vernacular lingnan aesthetics, river ecology and sustainability considerations alongside business opportunities. 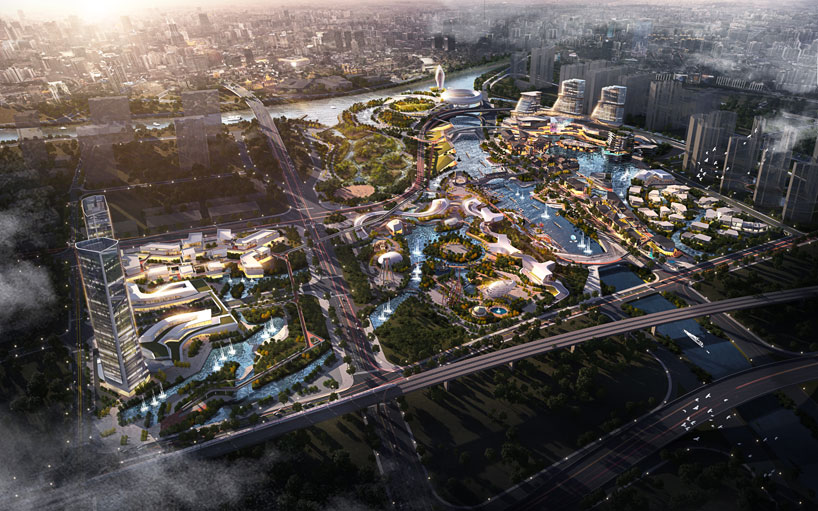 shiqi, a traditional cultural core in zhongshan, is going through an urban renewal process that involves a review of the potential of the gangkou river. zhongshan OCT harbour will have a theme park, retail areas, residences, hotel accommodation, entertainment facilities and offices across both sides of the river, creating a diversified commercial, recreational and living experience on a rich, eco-friendly landscape. as the project develops, a respect for nature, local culture and lingnan aesthetics gradually unfolds. 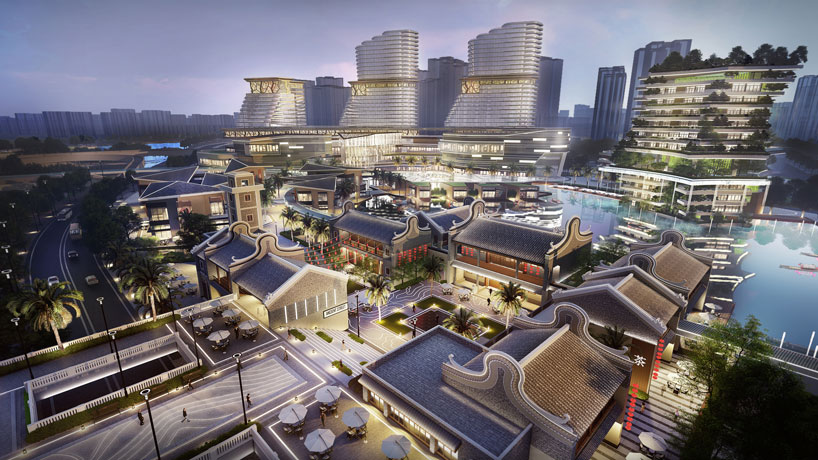 as the plot spans both sides of the river, LWK + PARTNERS takes full advantage of the waterscape to plan the site based on a ‘one ring, two hearts, three belts, six zones’ concept. an experiential pedestrian bridge acts as the primary circulation route, connecting two nodes themed with commercial experience and future technology park respectively. in response to demands for bankside recreation, serviced accommodation and business, six zones were laid out around experiential retail, technological fantasy, eco-friendly bay breeze resort, integrated business and lohas residential areas. 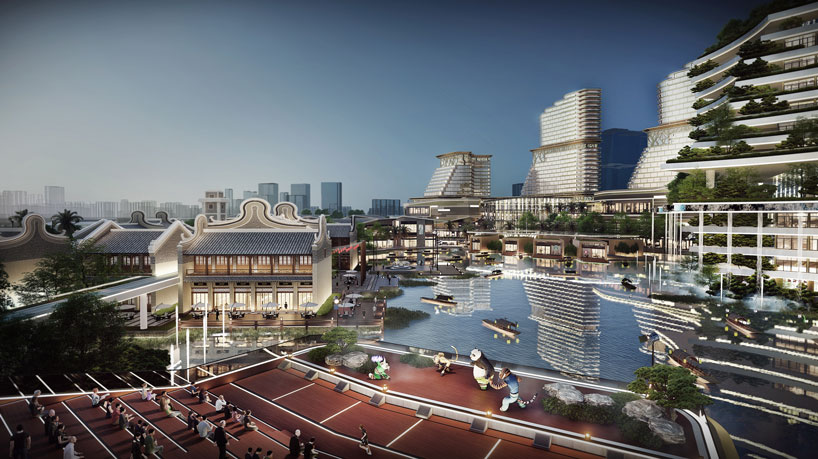 the experiential bridge seamlessly links the two themed nodes with various public spaces, drawing traffic to different zones and ensuring seamless spatial transitions throughout the development. there will be al fresco dining along the riverbanks, bringing scenic views into the interiors and making the best use of the site’s water resources. such amenities are in line with the contemporary pursuit of deluxe lifestyle while encouraging businesses to account for the symbiosis between people and nature in their operations. the technology park takes visitors through the past, present and future. elements of traditional culture, modern cities and the future intertwine with a world of underwater fantasy and distinctive scenic resources of the site. 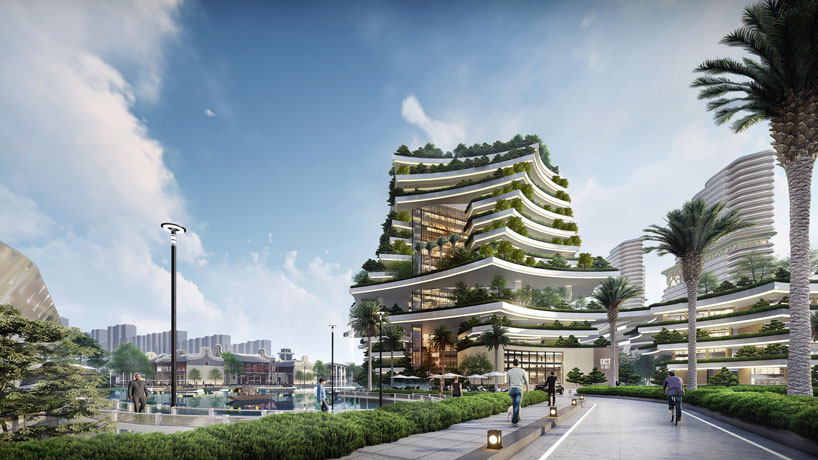 connectivity is a focus of the masterplan. public river channels and coast designs have been thoroughly considered and there will be links to the nearby inter-city railway as well as metro station. to facilitate a greener lifestyle, efforts have been made to integrate different modes of public transport as well as encourage people to navigate between experiences on foot. water has become a key connector for people, the city and nature, with people’s wellbeing at the heart of the design. 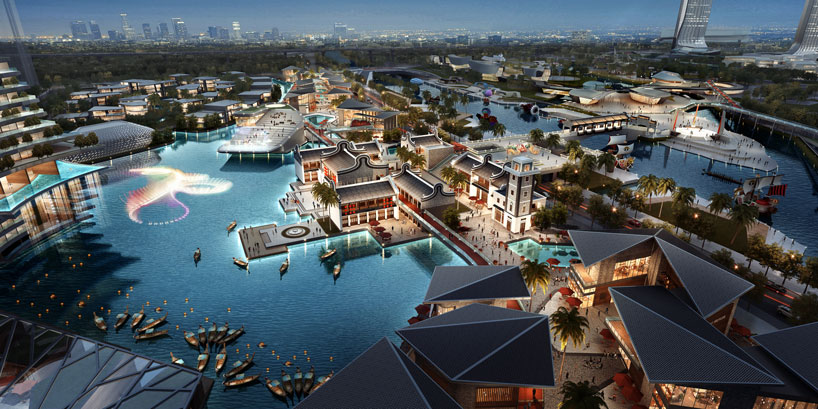 zhongshan OCT harbour is set to shed new light on zhongshan’s waterscapes and local culture, building on the existing river links to provide nature-oriented public space and recreational venues for all. a vibrant community is coming to life in this large-scale cultural and leisure complex, bringing the greater bay area city on track towards health and liveability.