manami sasaki is using slices of toast bread to spend her morning time creatively while working from home during the ongoing COVID-19 lockdown. in her stay home instagram series, the japanese designer and artist uses sliced bread to create ephemeral, edible versions of different themes each day, varying from a zen japanese rock garden (karesansui), to bruno munari’s tuttotondo tuttoquadro tile projects for italian ceramics company, gabbianelli. for her creations, sasaki is using ingredients such as sour cream, nuts, tomatoes, and even edible gold leaf. 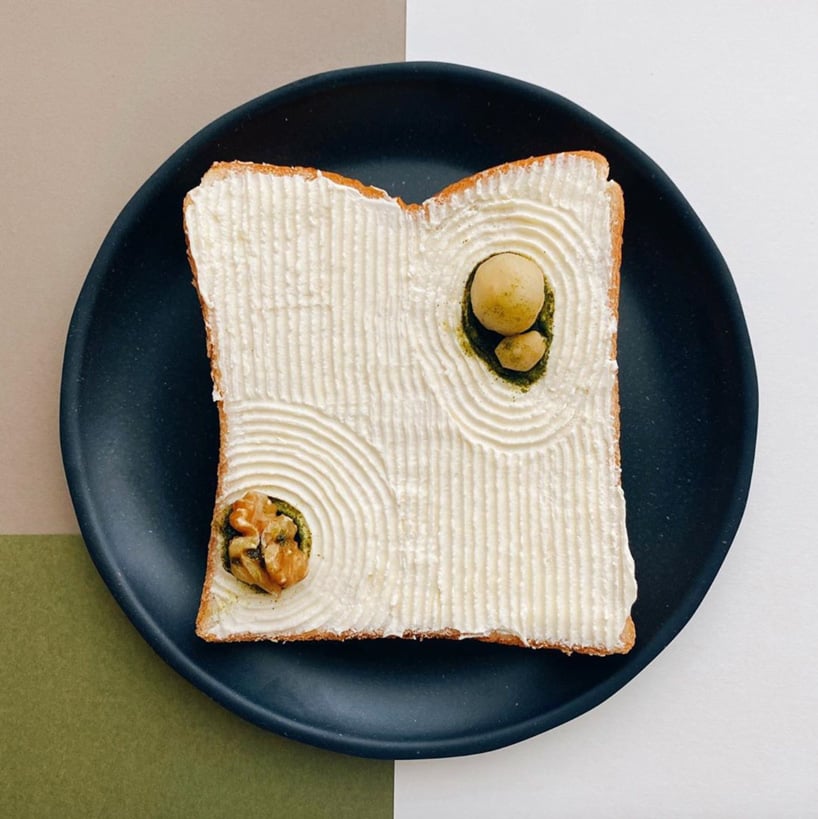 all images via manami sasaki

manami sasaki started making and posting the edible creations on her instagram page this week, as a morning activity to keep her from being bored while she remains at home due to the ongoing pandemic. using toast as her canvas, sasaki creates ephemeral artworks based on a different theme each day. in one example, she has created an edible version of a zen japanese rock garden (karesansui) using sour cream as the base, which she then combed with a fork to imitate the swirls of sand. the toast is complete with macadamia nuts and walnuts in various sizes, which resemble garden stones, as well as matcha powder around them that represents moss. 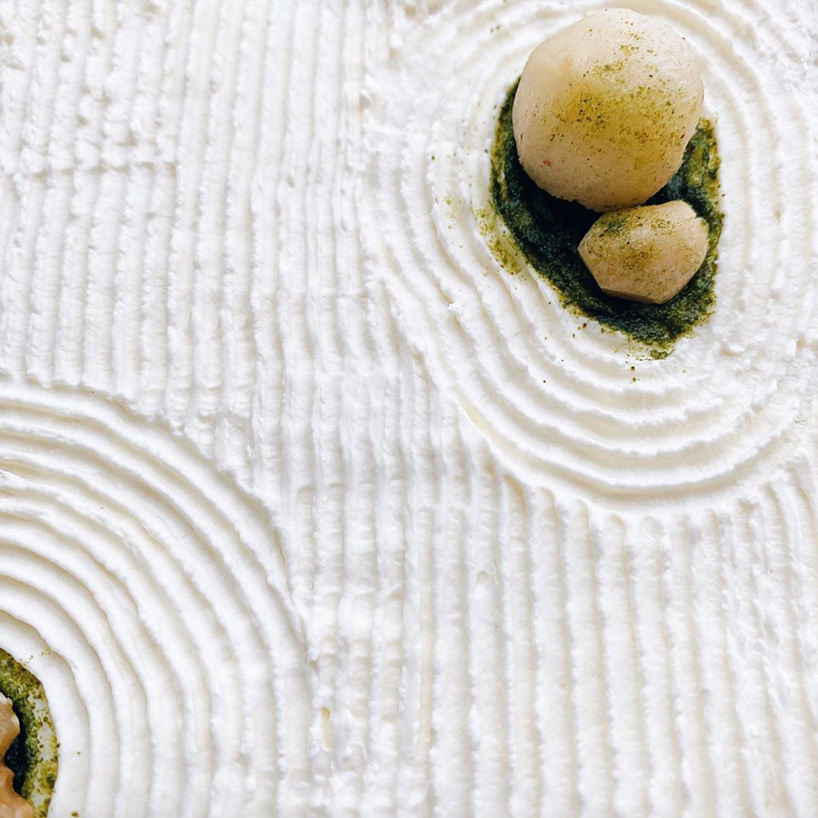 another impressive edible artwork in the series is the kintsugi toast, which takes its cues from the traditional japanese technique of repairing broken ceramics with precious metals, such as liquid gold or silver. here, sasaki has tore the toast and connected the sections with edible gold leaf. sour cream has been used as the base, while a fine pattern at the bottom of the toast is created using ketchup. in her most recent post, the designer and artist has recreated bruno munari’s tuttotondo tuttoquadro tile projects for italian ceramics company, gabbianelli, using sour cream, cherry tomato, basil, and seaweed. 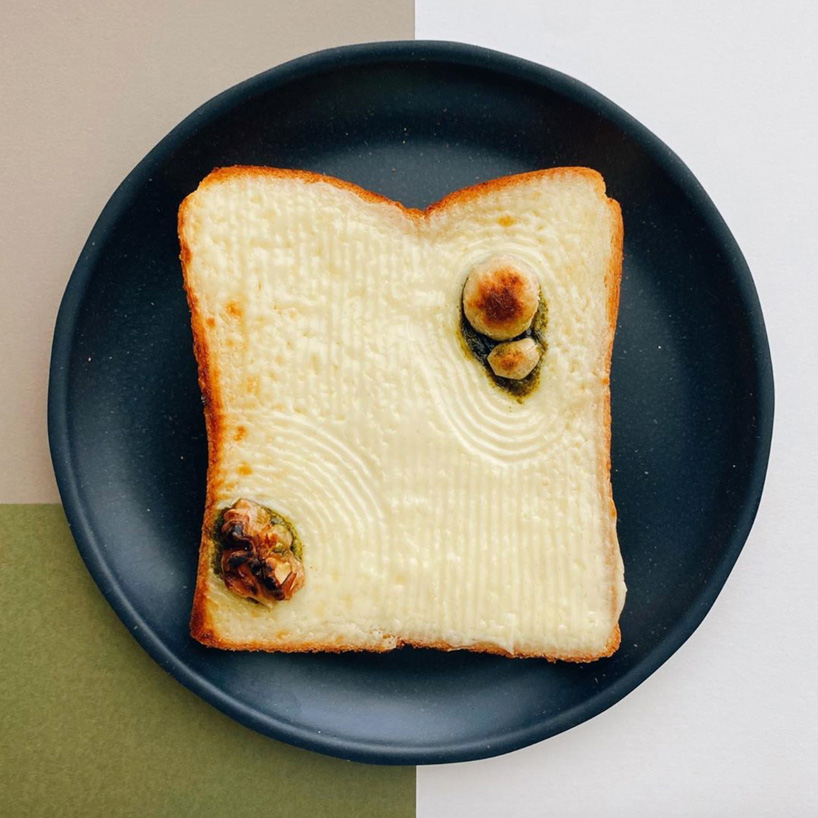 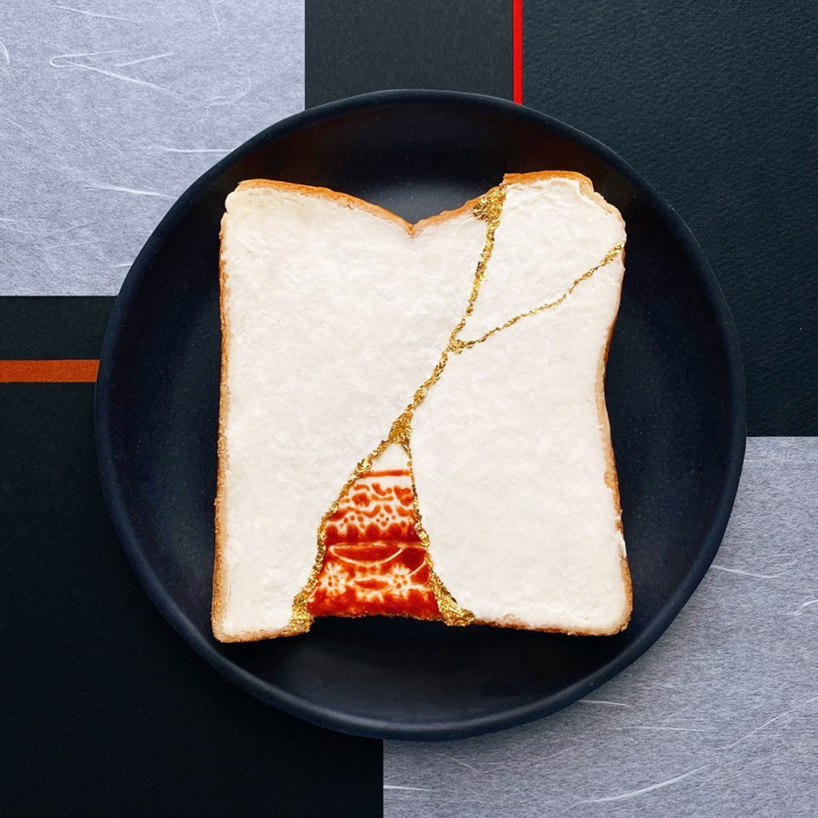 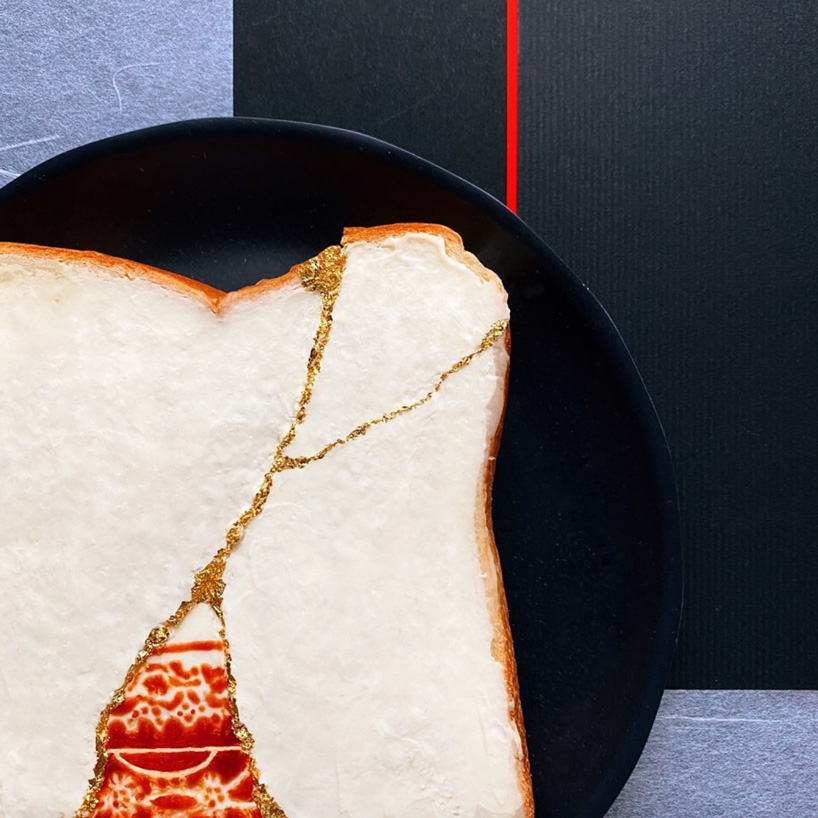 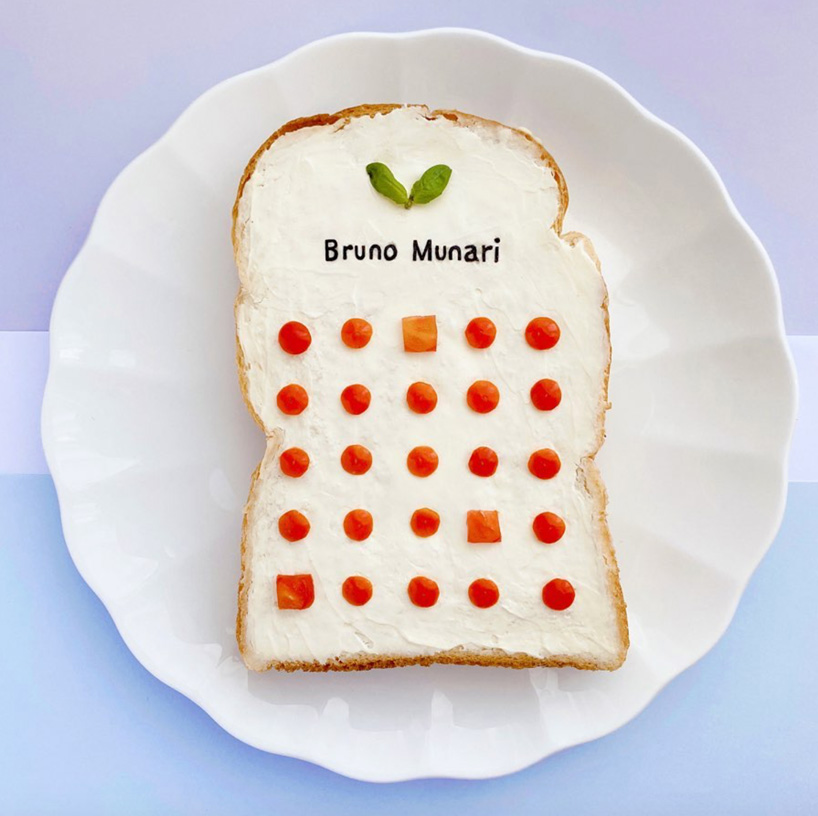 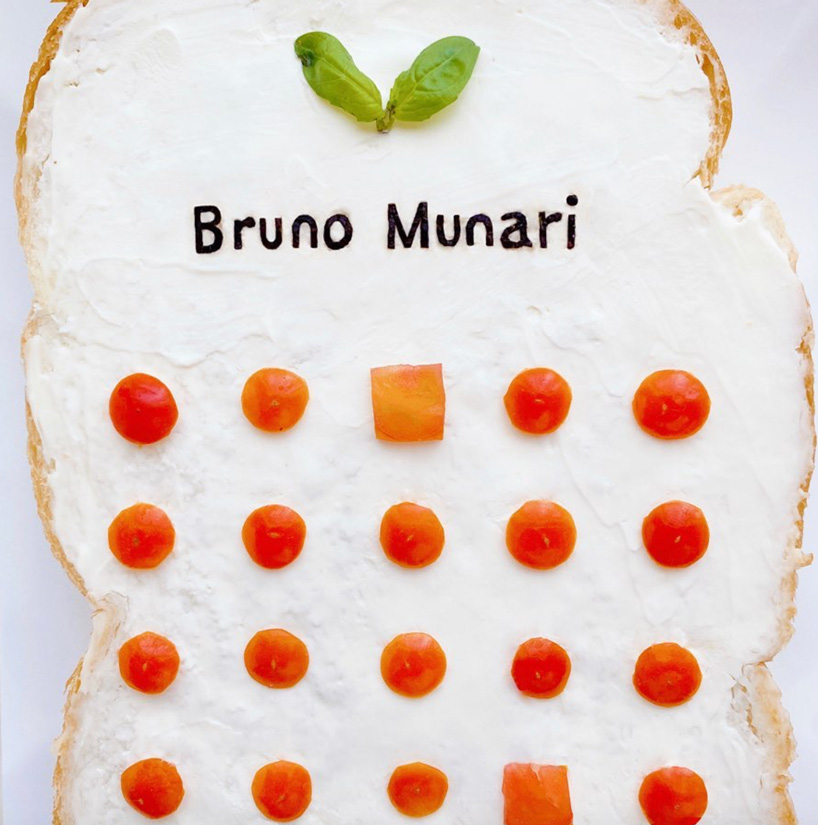 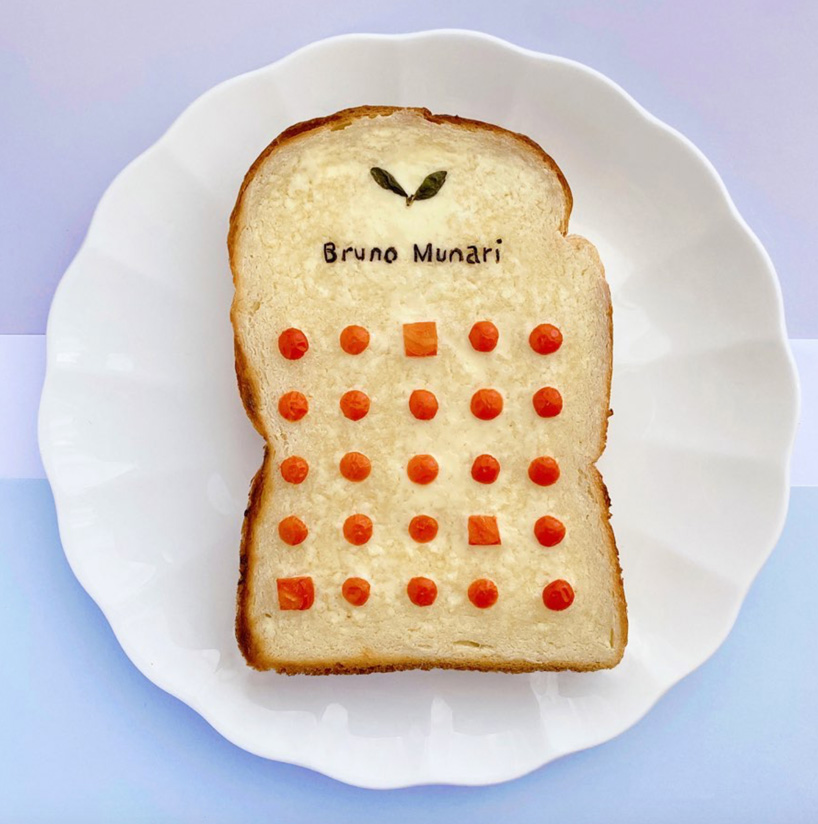 Mondo Mendini: The World of Alessandro Mendini at Groninger Museum

Read Me Like a Book: 30 Years of Dobbin Books