for this project MJ2B architekten has carefully renovated a former agricultural building in the swiss village of cordast. dating back to the 1950s, the original construction had previously been converted to create a two bedroom apartment and maisonette. this most recent intervention involves the renovation of the existing apartment and maisonette, in addition to the integration of a new spacious residence, called ‘farmhouse in cordast’. 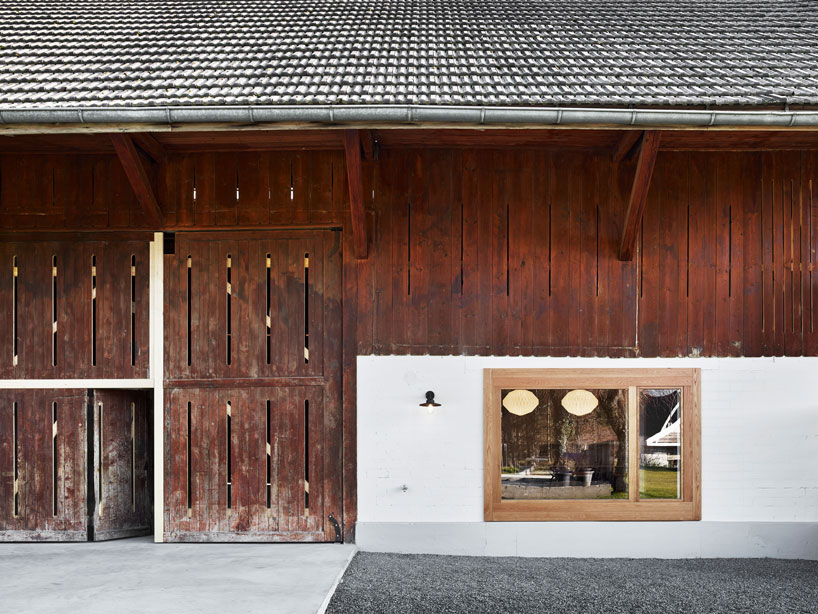 the new ground floor apartment has been inserted into the existing building volume by MJ2B architekten. the farmhouse has a typical local floor plan typology consisting of a residential and an economic section with a stable, a tennis court and carriage house. the living area included a small ground floor apartment and a maisonette in the two upper floors. 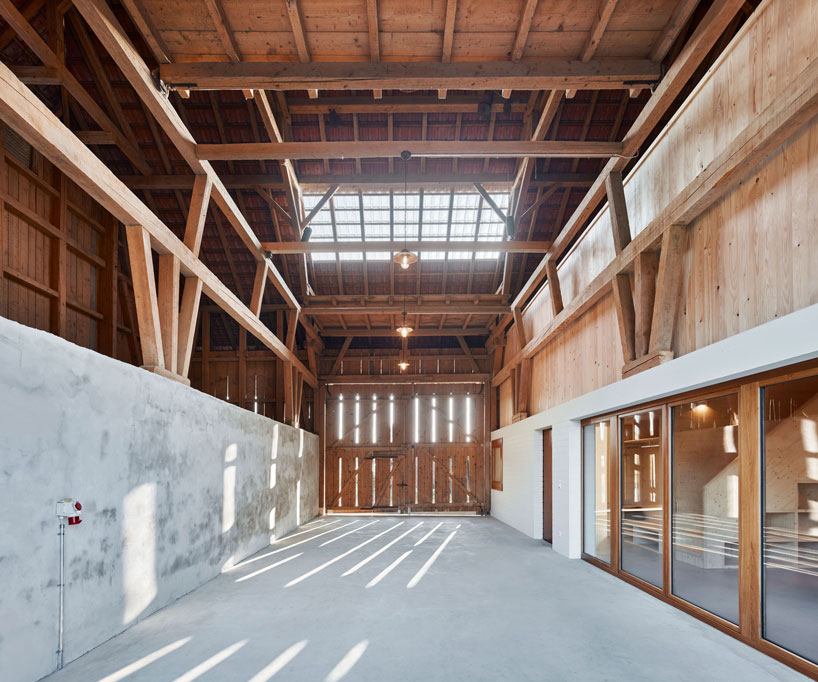 a two-story kitchen, dining and living room was built into the stable area. a central core with sanitary rooms, cloakroom and stairs zoning the room in the kitchen and living room and create one in the middle entrance area. the existing room wing on the 1st floor is connected with the open staircase, which creates a large 6-room apartment. the tenn becomes a polyvalent cold room and access this apartment. new glass bricks provide daylight from above. openings to the living spaces create unusually exciting visual references. 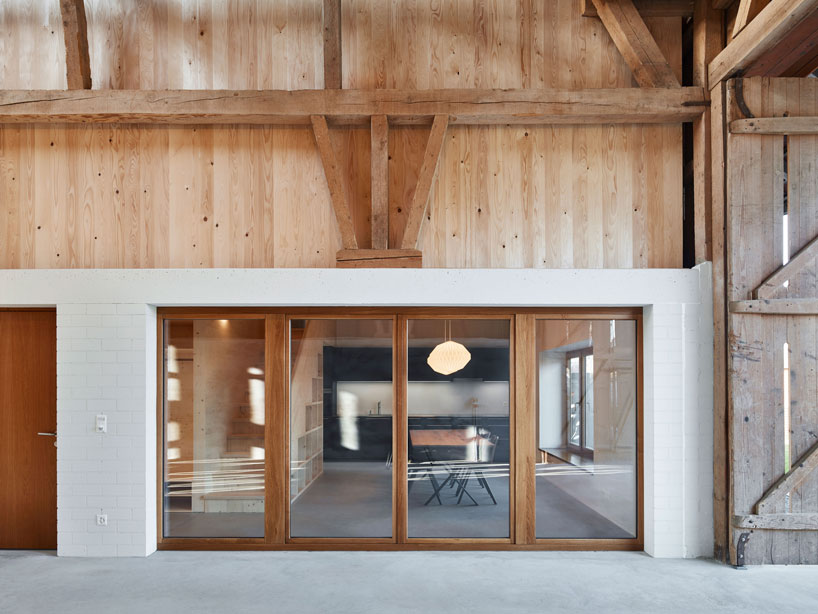 the existing facade masonry was largely preserved and further developed. framed wooden windows on both sides are reminiscent of the former barn windows and nevertheless reveal the new use due to their size. the existing one facade cladding, as well as the large tennis gates were partially provided with vertical slots filter in daylight and create an interplay of light and shadow. 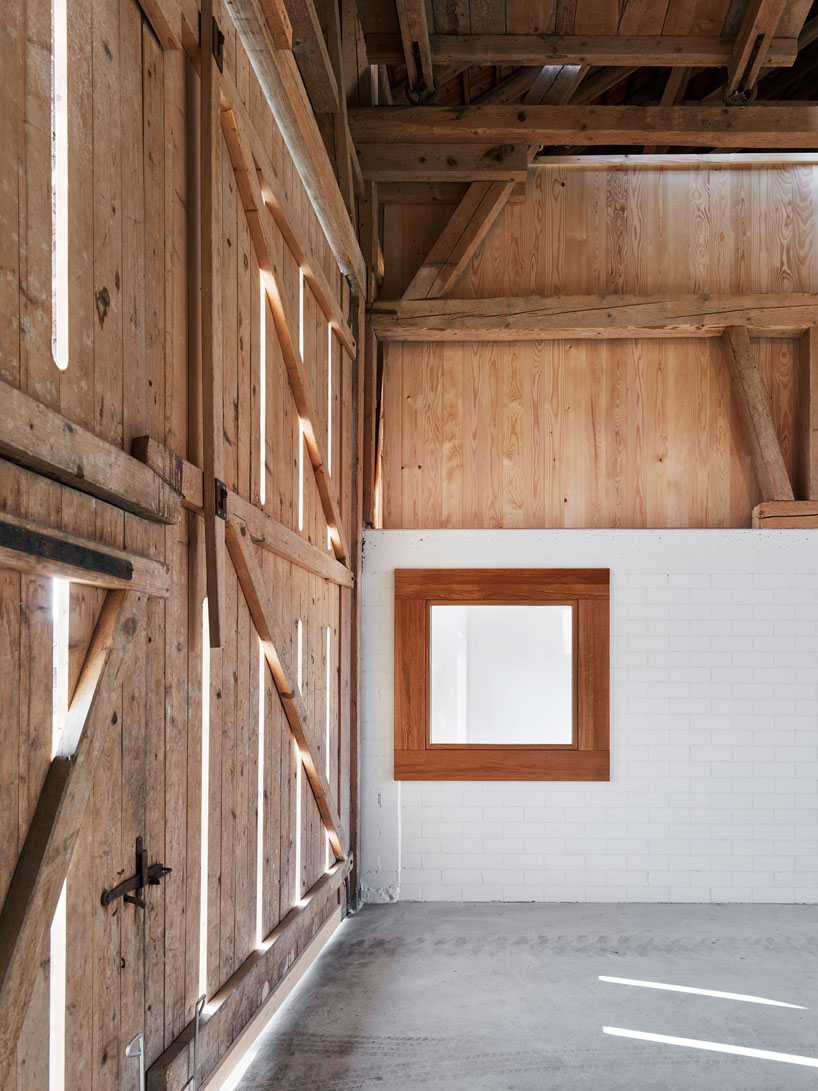 the existing 2-room apartment on the ground floor was left as it is and gently renovated. the upper one the floor of the former maisonette was converted into a 3-room apartment. 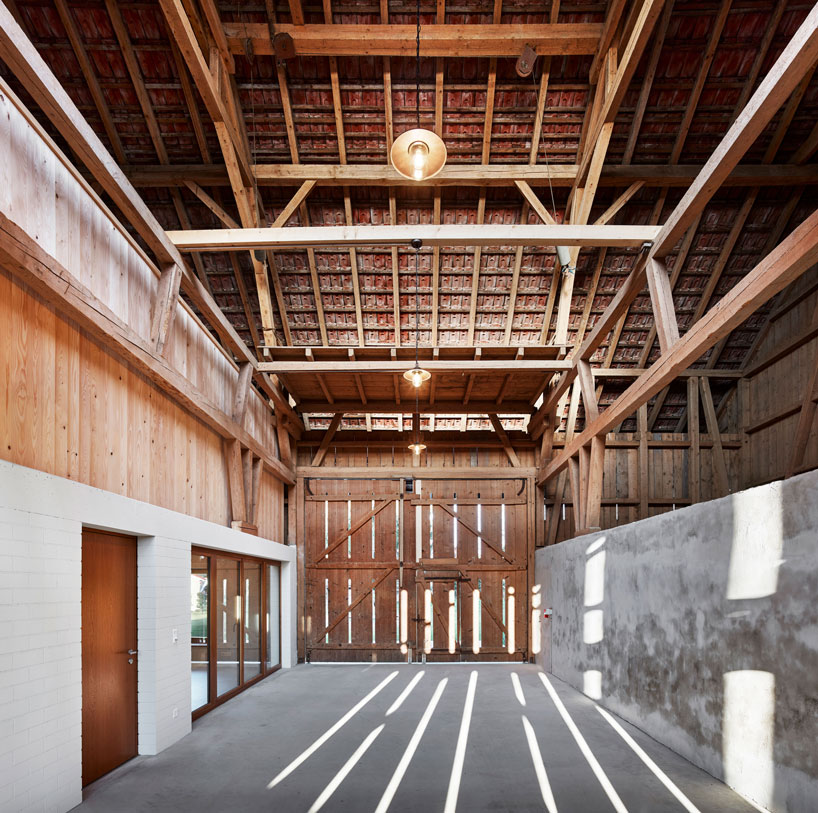 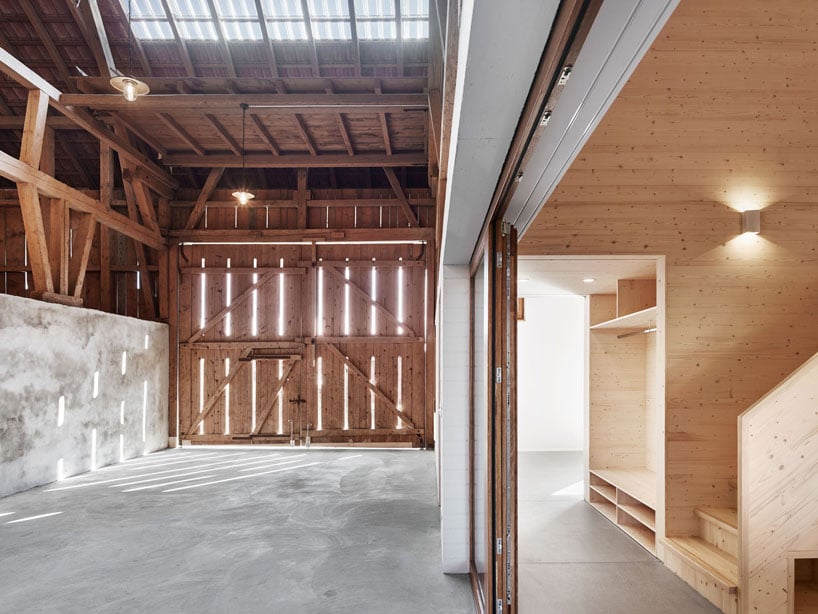 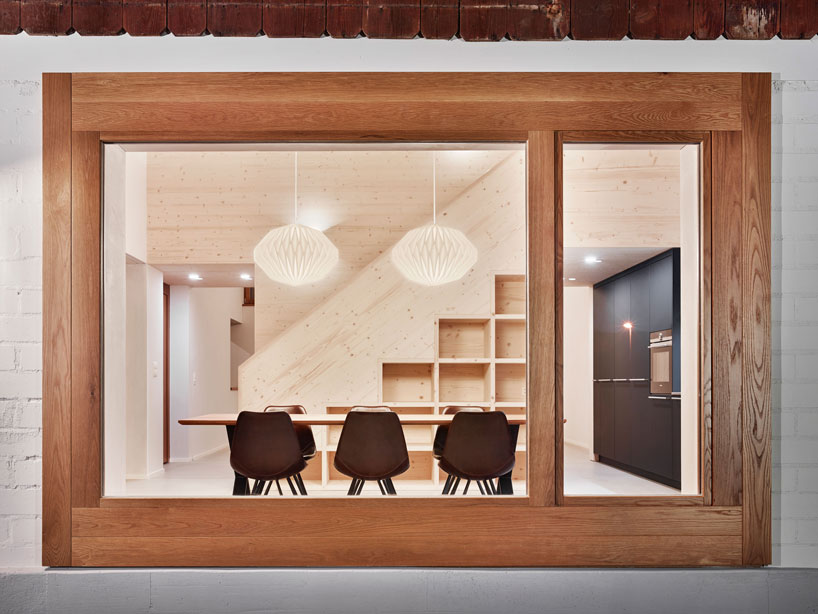 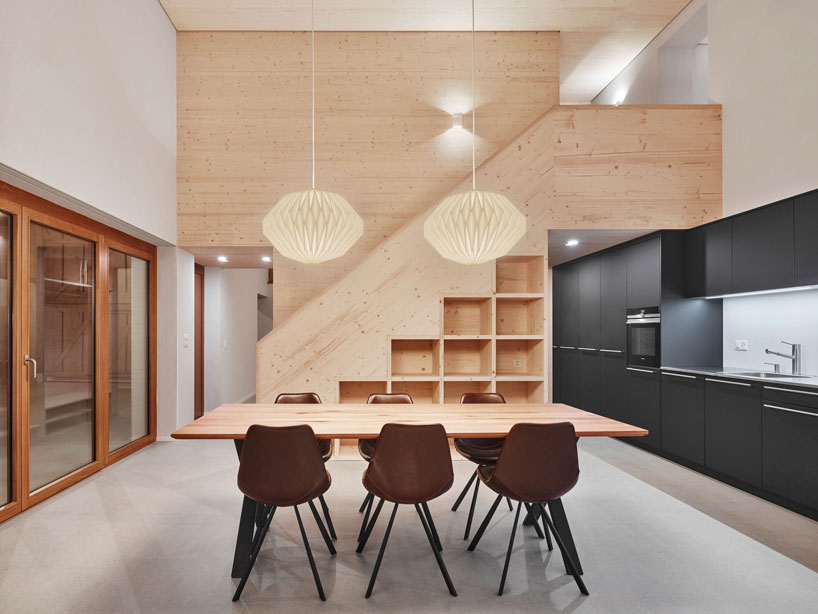 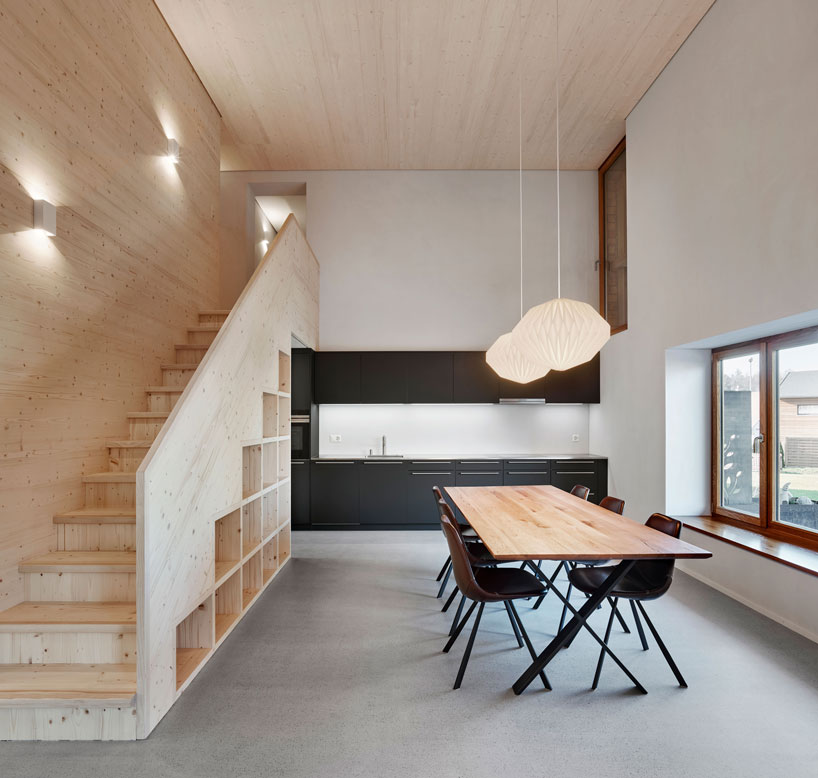 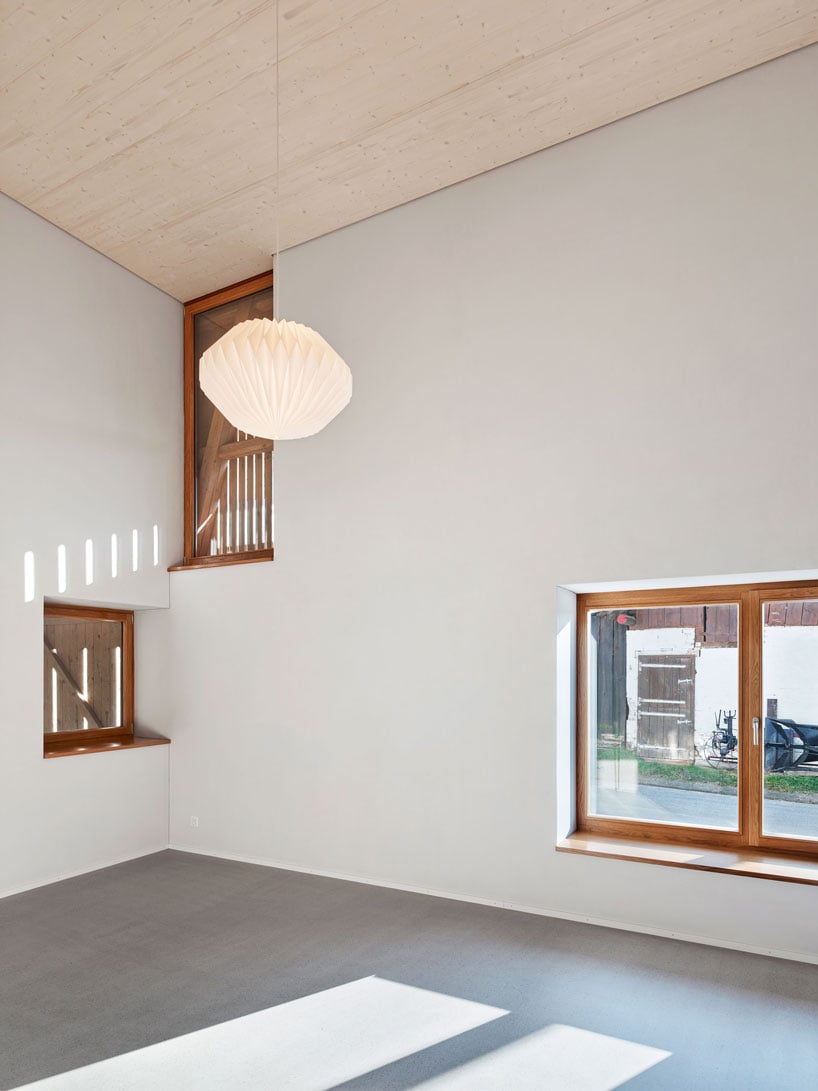 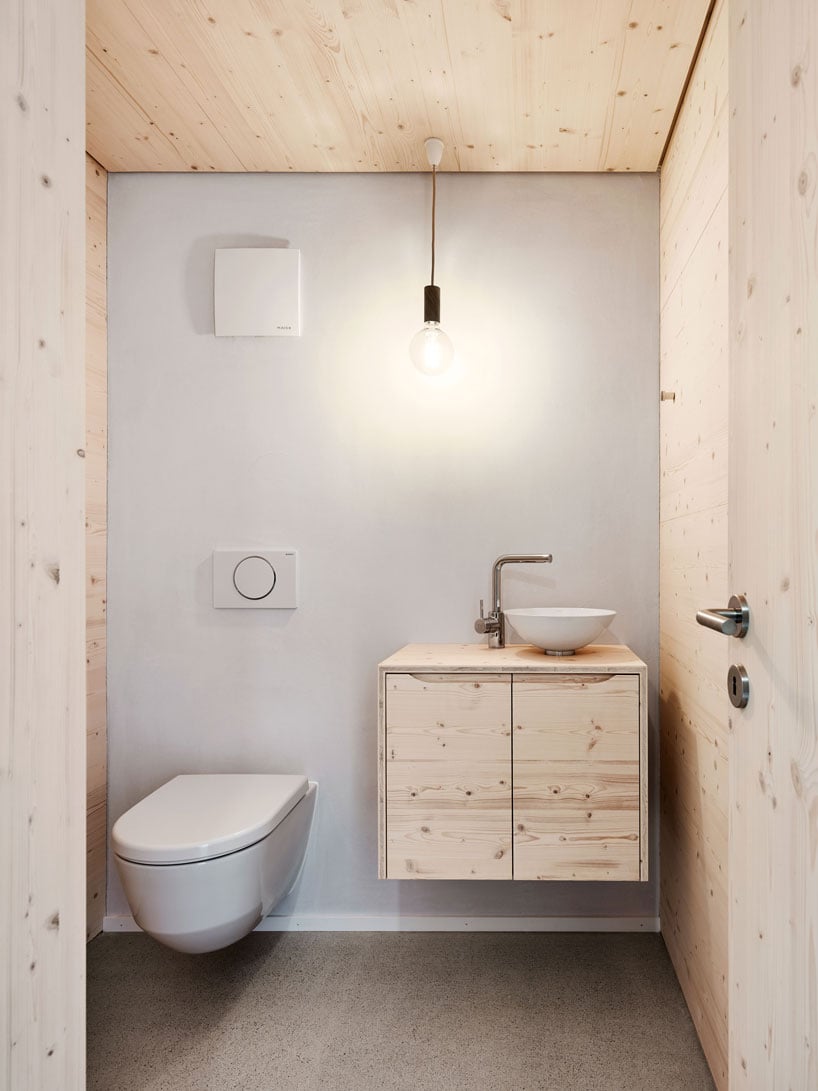 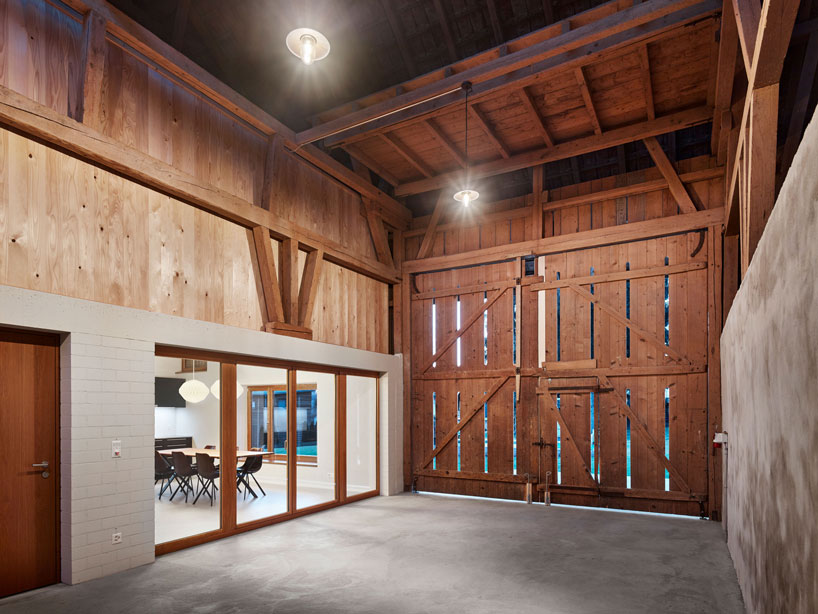 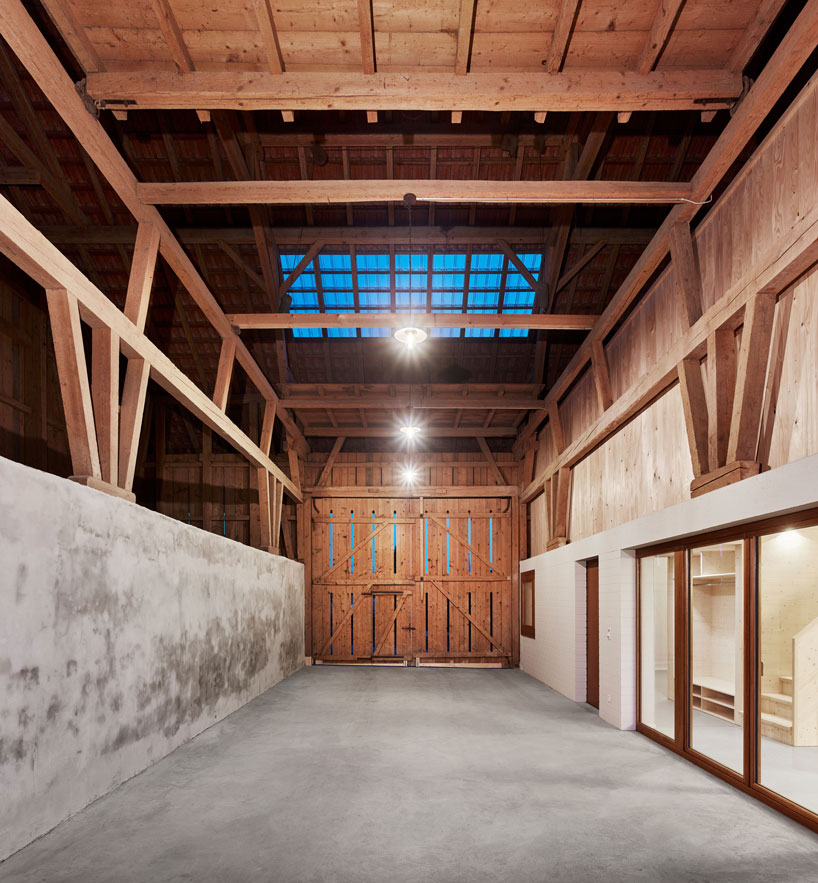 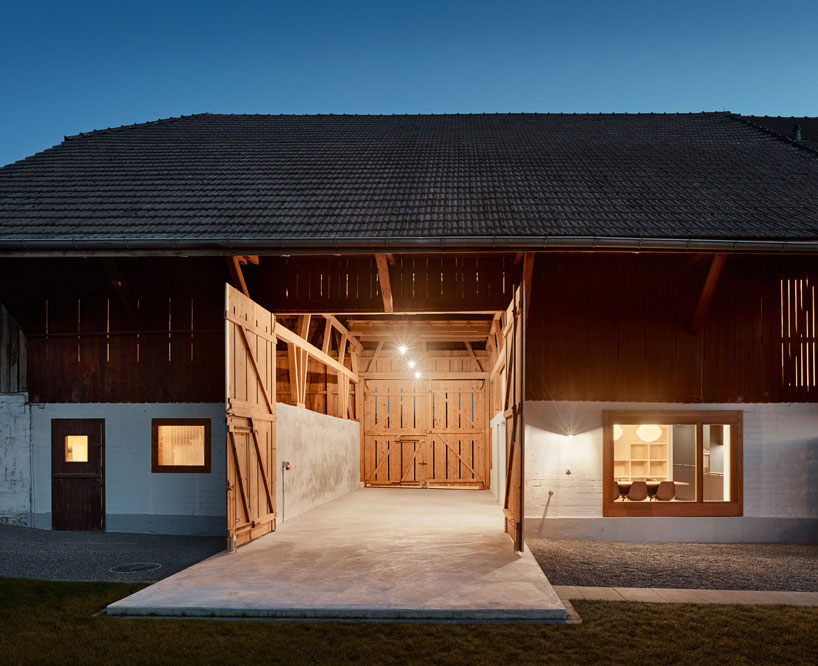