in a short film that follows a classic french character, building pictures presents their latest piece titled ‘monsieur hulot’s visit‘. the video unfolds around the curious and meticulous eye of monsieur hulot, who touches and experiences every detail as he guides viewers around the interpretation center of romanesque in lousada, portugal, designed by spaceworkers. 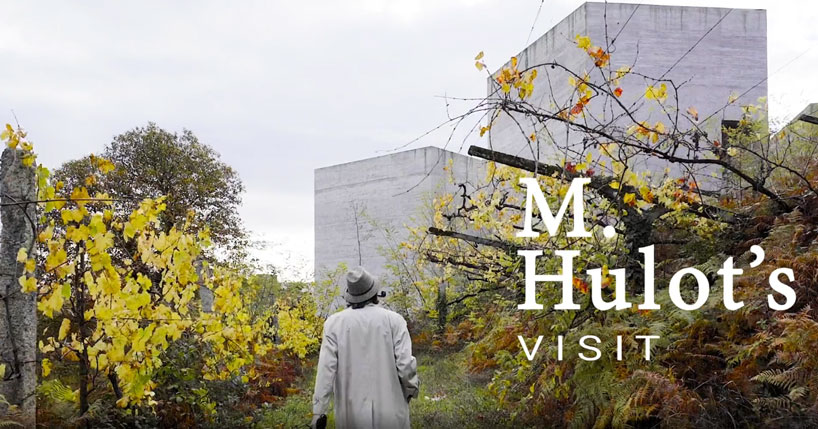 the film begins with monsieur hulot approaching the large concrete building. as he gets closer, the mysterious individual begins to inspect the building’s details as he takes the viewers inside the romanesque center. 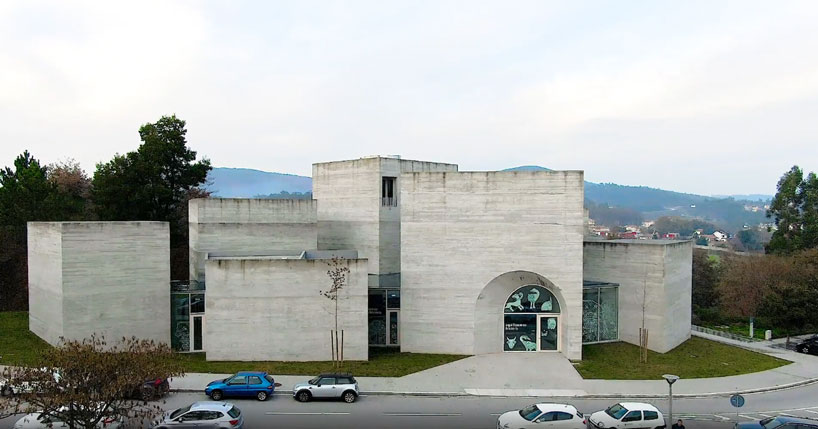 once inside, monsieur hulot explores the different exhibition spaces from the central body of the building. as well as providing the main circulation and break-out area, this central space establishes a connection between the different romanesque exhibits and evokes the idea of a cloister in medieval architecture. 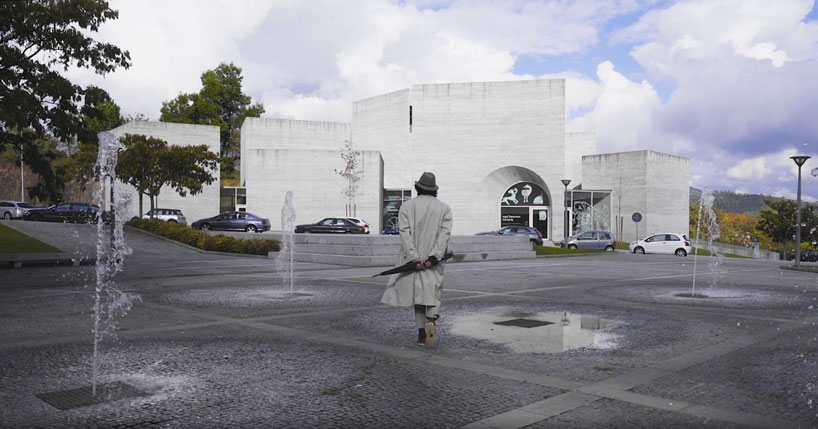 as the film continues, monsieur hulot goes from room to room to fully appreciate and inspect the architecture. in each room, he finds experiences that appeal to different senses, like a model, a film or a interactive panel. with the arrival of the night, the character comes back to the exterior to admire the building and its lighting. the film ends when he finds a balcony from where he peeks between the shadows. 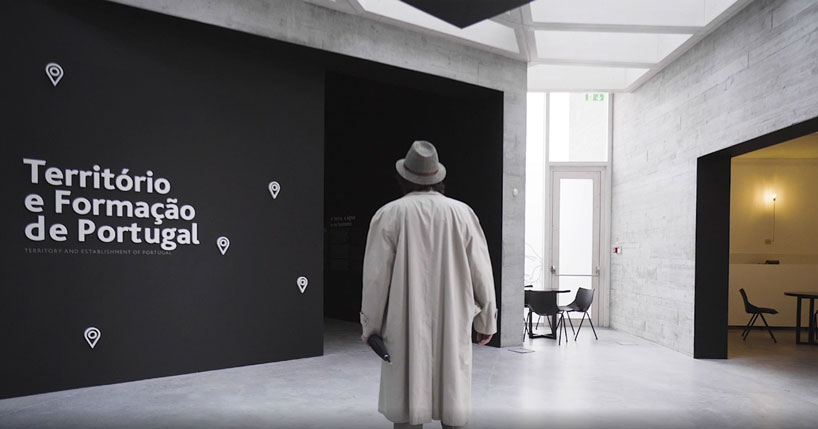 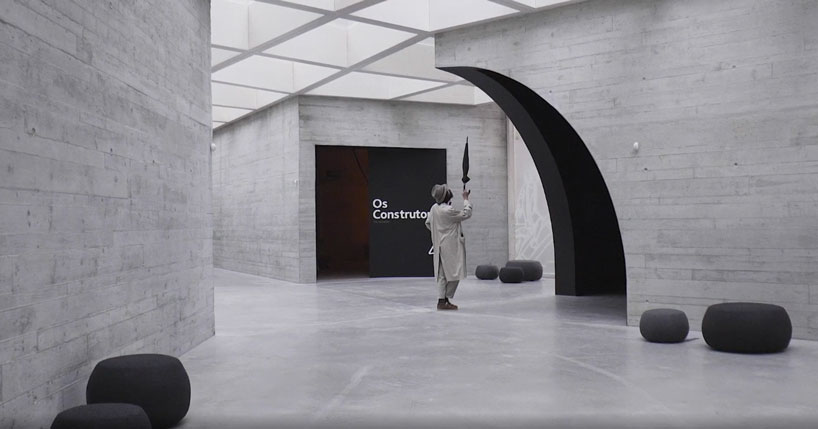 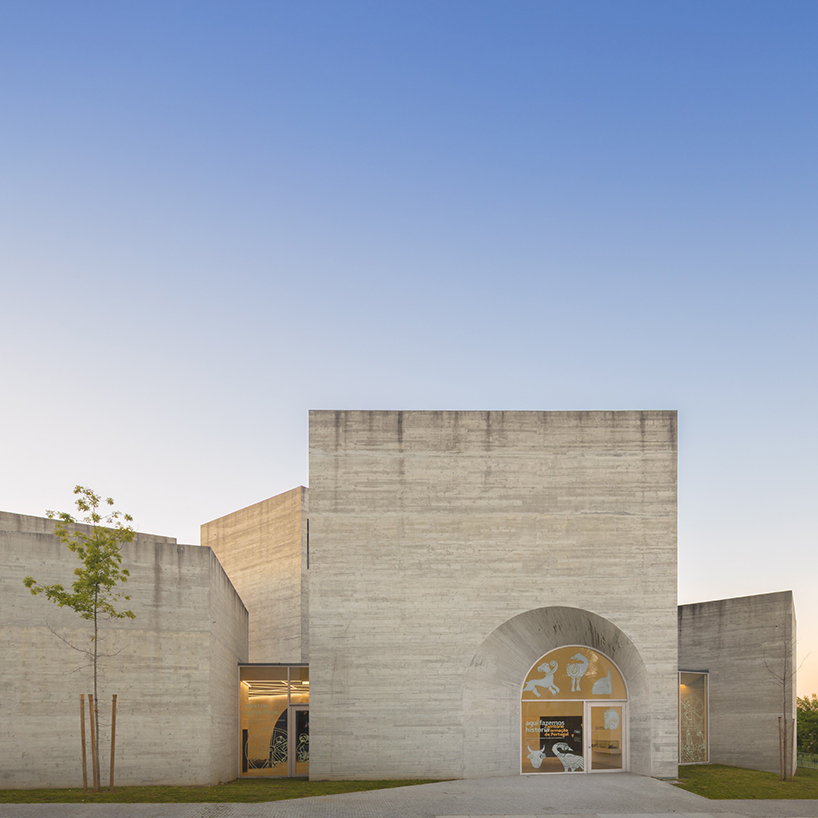