Skip to content
Design
May 8, 2020 Editor 0 Comments
Spread the love

NEON has created a new edition of the ‘shiver house’, a kinetic animal-like structure that moves and adapts in response to the natural surroundings, located within the korppoo island, in finland. the shiver house was previously installed in 2015 as part of the barfotastigen arts exhibition and it was intended to be in-situ for 4 months. however, due to its popularity it was kept on site on a longer-term basis. NEON has designed the new version constructed out of finnish airplane ply, in order to celebrate the project’s 5-year anniversary. 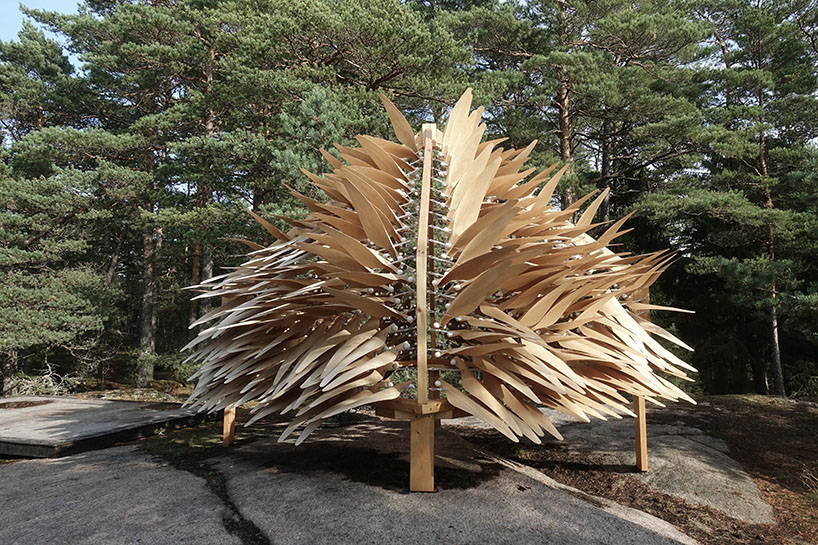 all images courtesy of NEON 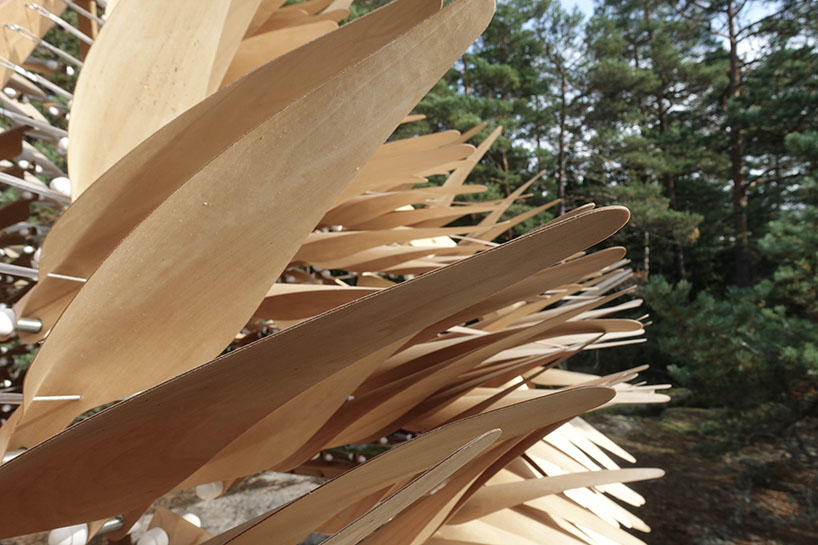 the structure employs the use of 600 kinetic counter-weighted shingles which respond to the changing weather conditions of the site. wind, rain and snow cause the shingles to rotate into a closed position giving the shiver house the temporary appearance and function of a shelter. constantly transforming between being a functional shelter and a poetic and experiential device,  the shiver house encourages users to sit inside and observe the ever changing environment through the moving elements.

the construction was based on a simple timber structure that supports a number of tensioned steel wire rows. these steel wires are treated as batons and are designed to hold the counterweighted shingles. the shingles are constructed using a folded and cut airplane ply which has been soaked in a protective oil, while the counterweight is constructed using a stainless-steel nut and bolt. the protective oil was kindly donated by virtasen maalitehdas. 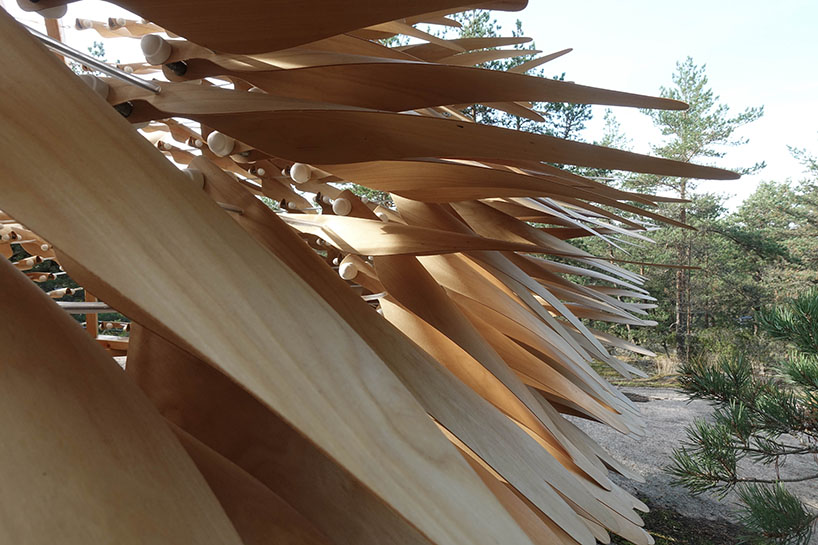 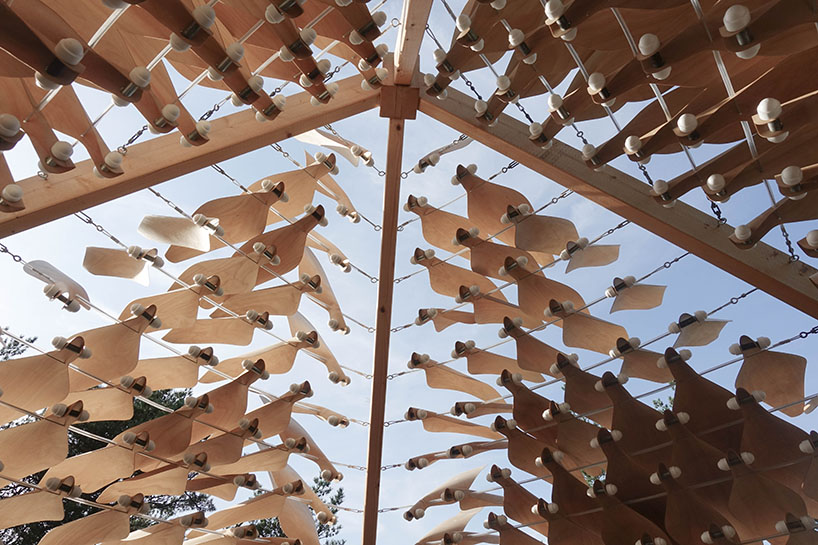 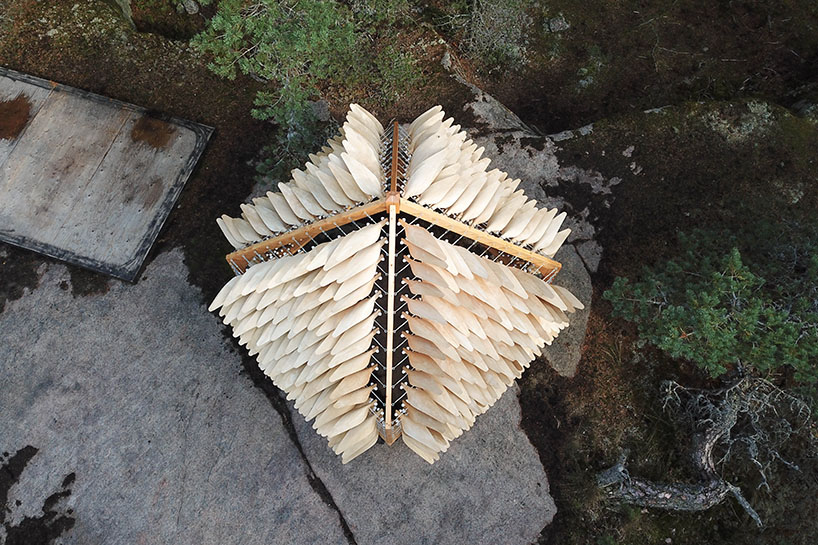