studio monaka has built a family house in yomitan village, okinawa prefecture, japan, whose wooden structure has been lifted on a set of concrete foundations of about 1,5 meters in height to protect the interior from rainwater that flows around the site during rainfall. the single-story residence’s plan has been divided into a nine-box grid in order to adapt to changes in the family’s composition. each function occupies a part of the grid, while the central part does not have a specific use, offering itself as a blank space for the possible expansion of every function. 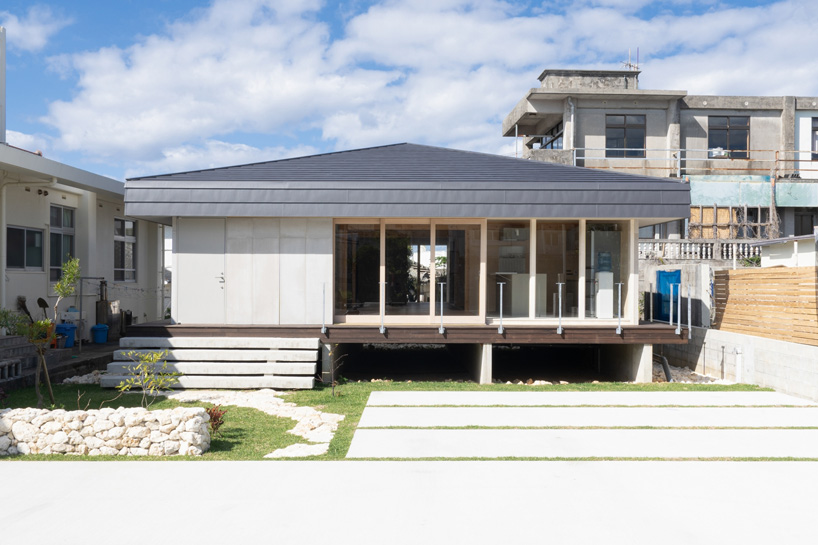 all images by kazuoki yasugi

‘originally, wooden buildings were mainly used in okinawa,’ explains studio monaka, ‘but after the war, concrete spread due to the promotion of imports from the united states, and concrete houses became relatively inexpensive and could withstand typhoons and termites. now, concrete houses are the majority.’ the japanese studio has proposed a wooden construction that responds to the specific climate conditions of okinawa and the given site. as such, the architects have lifted the entire house on a set of concrete foundations that protect the interior from rainwater while allowing wind to pass through the humid, underfloor space. 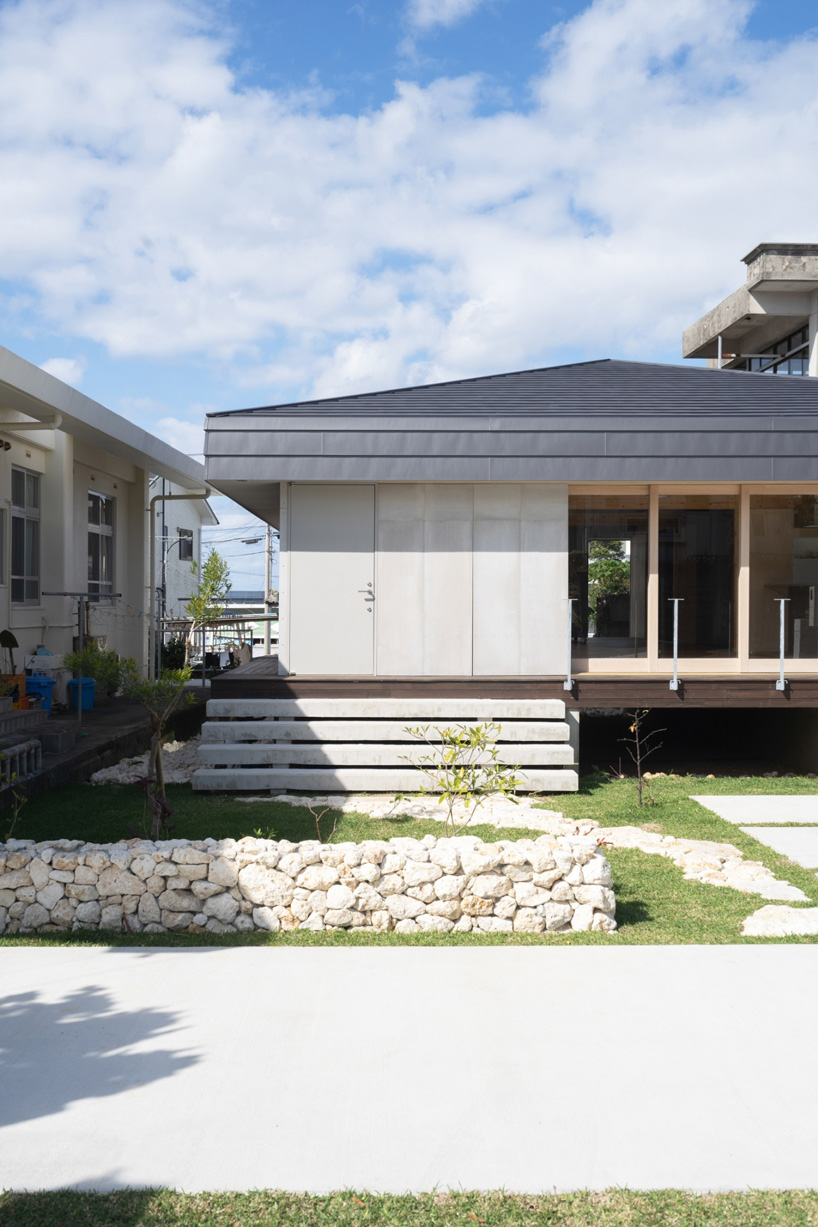 in order to adapt to future changes in the owners’ family composition, the plan of the house was divided into a nine-box grid, with each required function placed within it. the central part of the grid was not given any specific use, allowing it to act as an extension of the surrounding zones. for example, when dining with relatives and friends, the dining area can extend according to the number of participants, or, when the family gathers in the living room, this can expand in multiple directions. as the number of children increases, the children’s room also moves and expands, and when the children leavs the house, the room can shrink back. if the number of inhabitants decreases, it is possible to open the empty room to the outside. the interior is characterized by the structural wooden beams of the grid, and topped with a faceted ceiling. 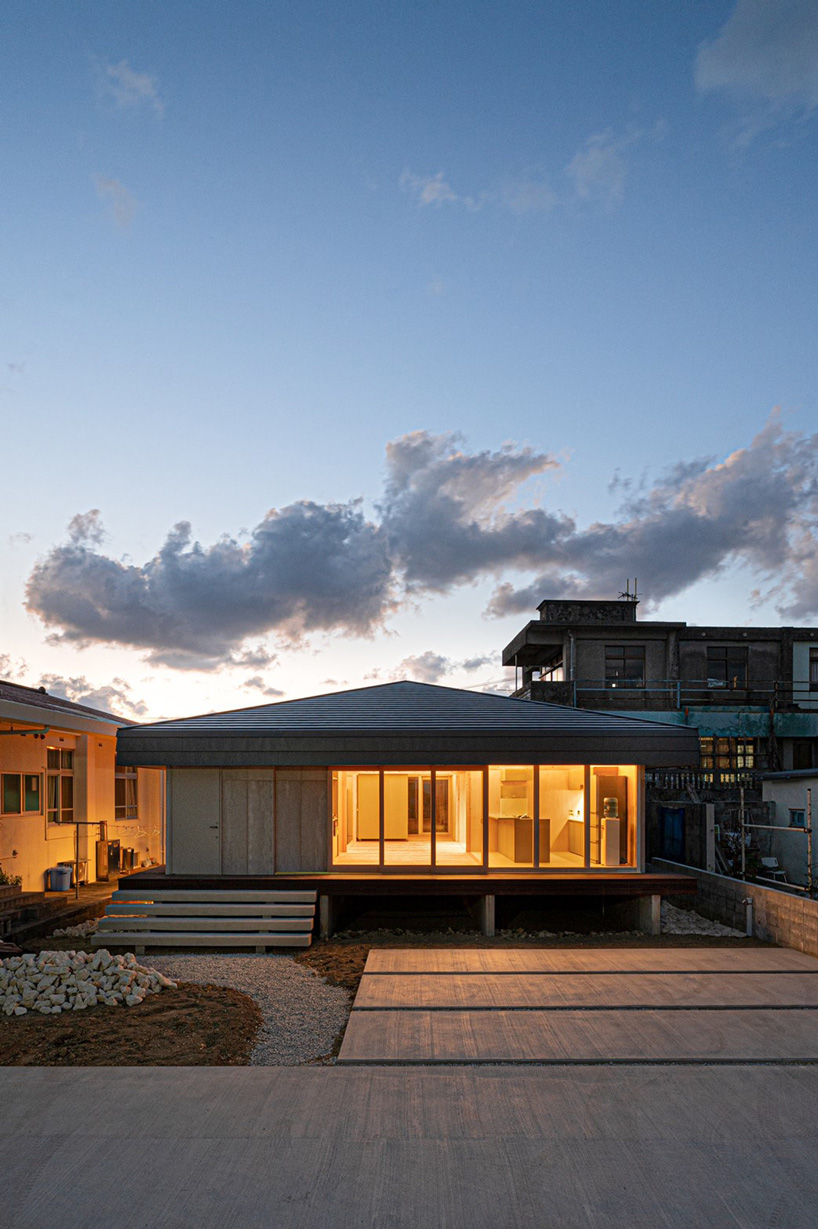 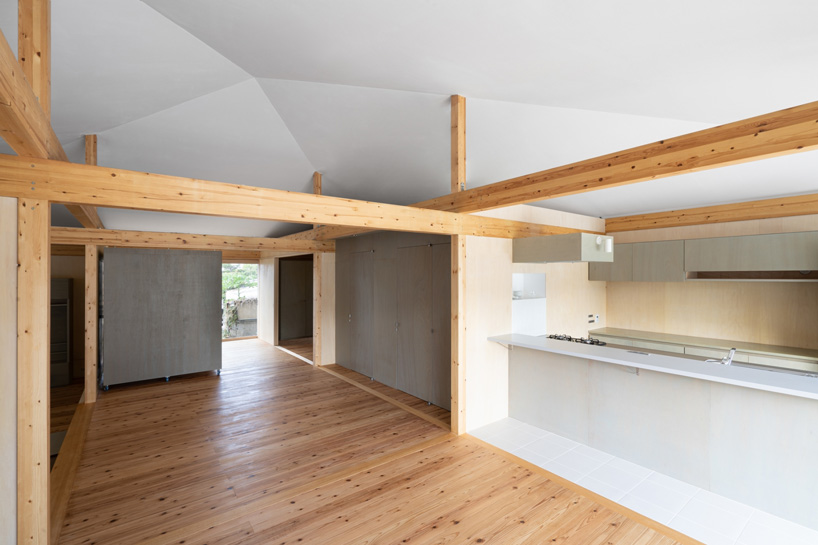 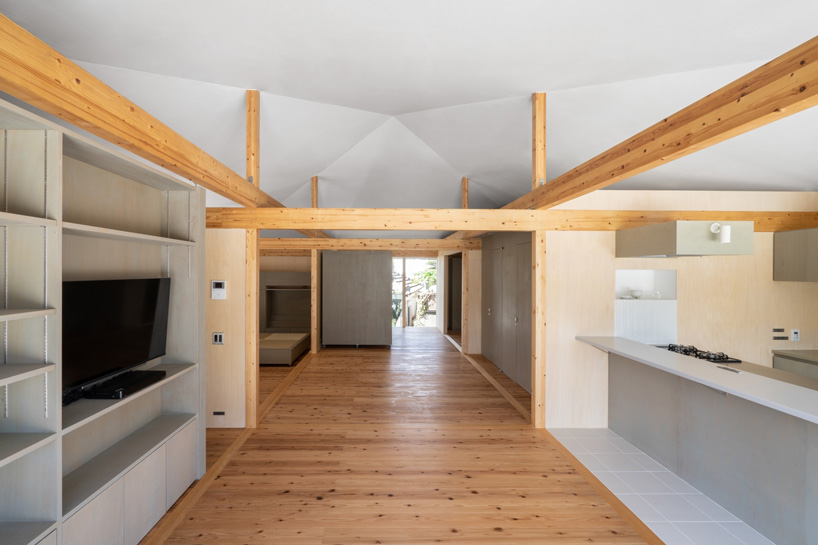 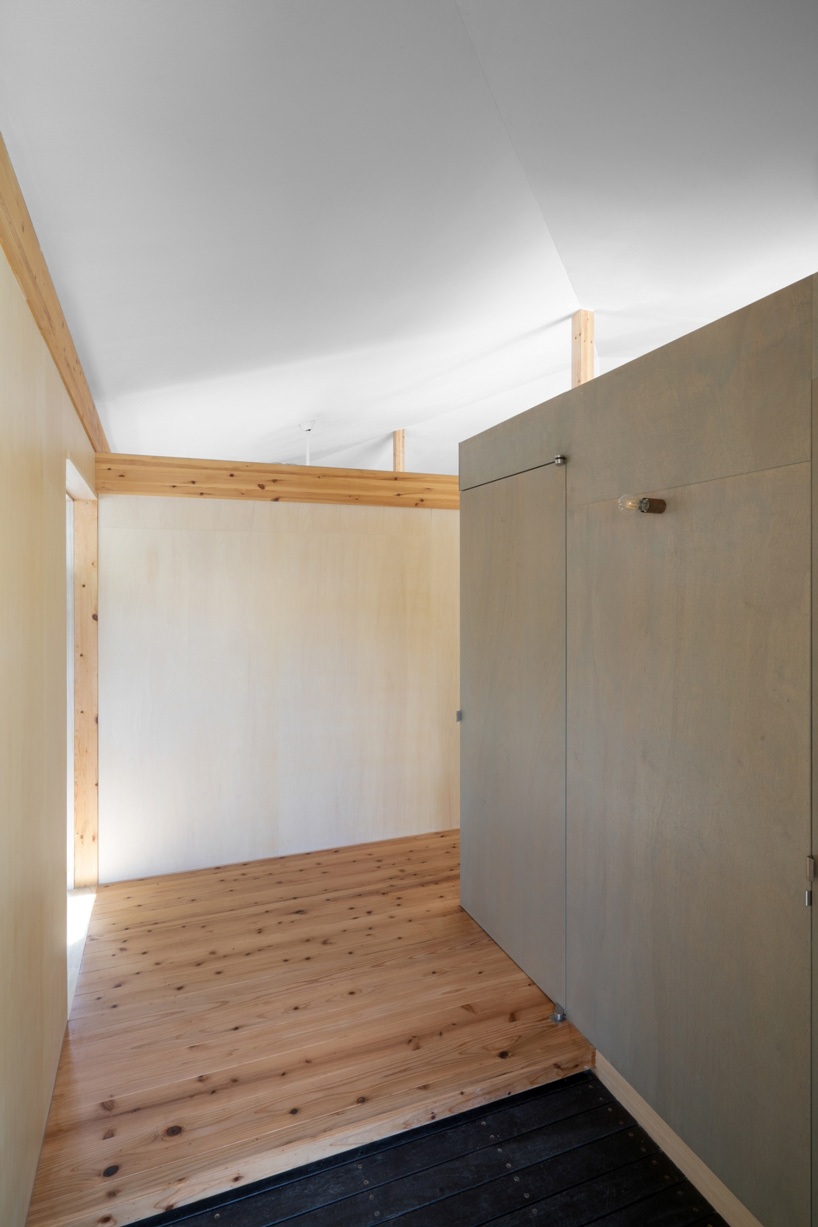 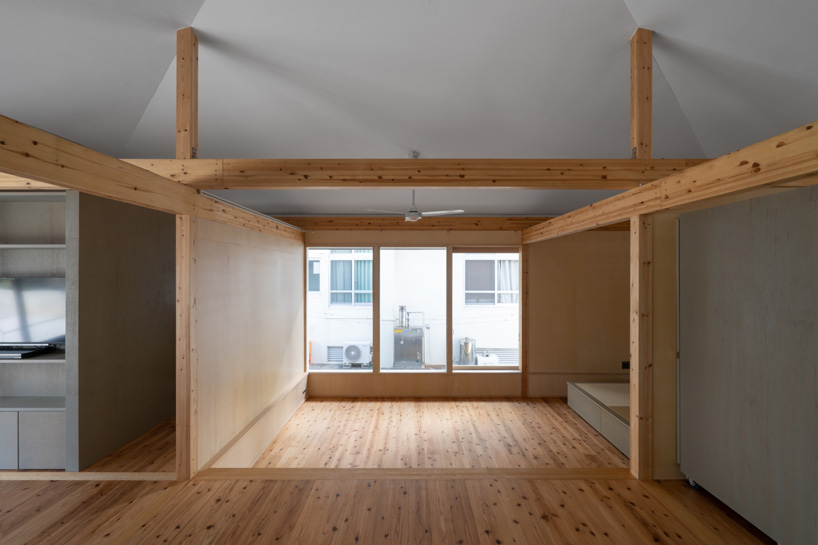 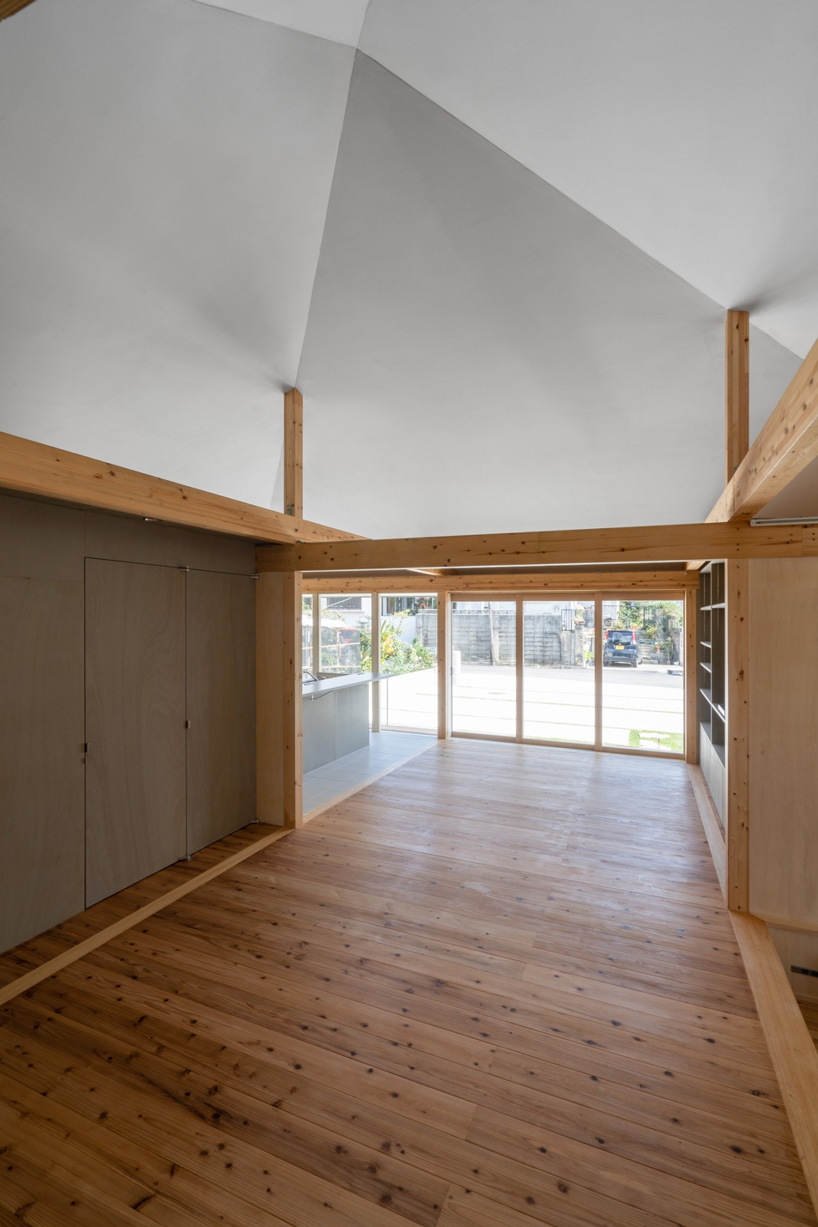 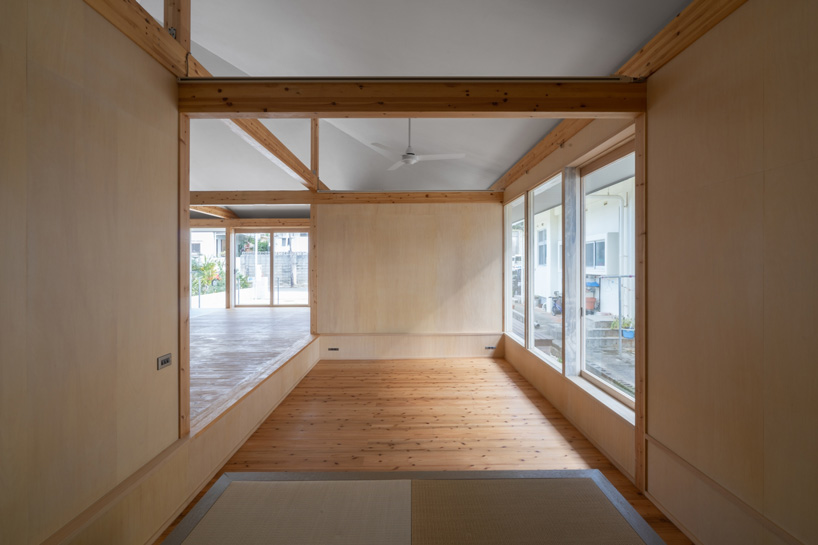 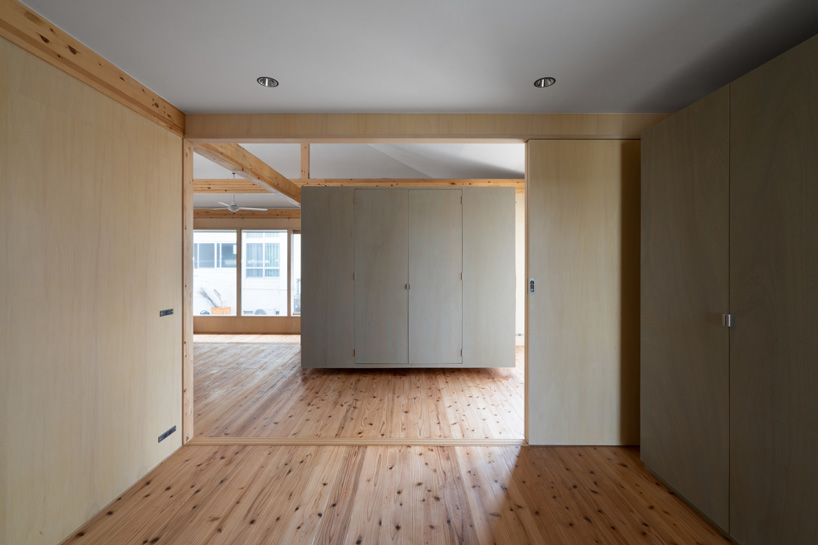 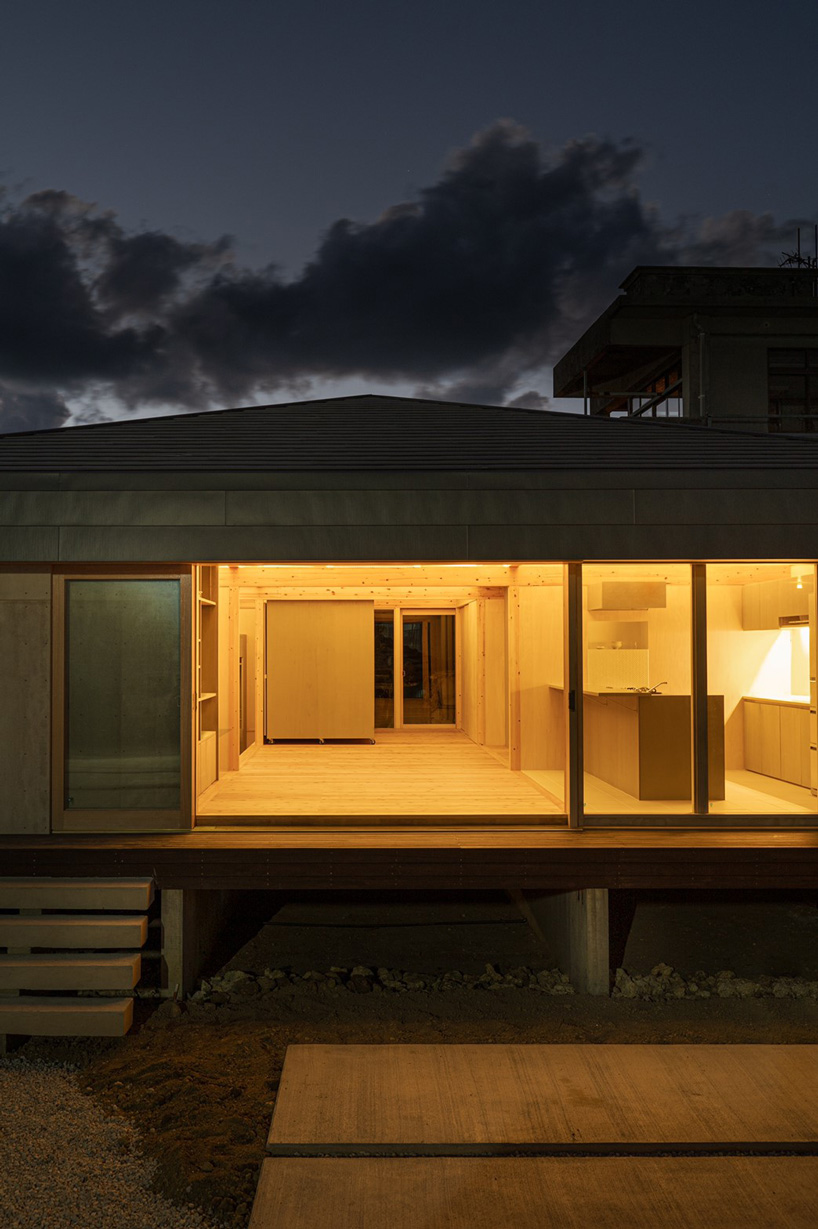 The James: Old Hollywood Meets New as a Hotel and Extended-Stay Property