unparelld’arquitectes has transformed a party wall in the old city center of olot, spain, with an inhabitable brick façade of three vaults and four niches. titled can sau emergency scenery, the intervention offers a new public space while consolidating the party wall and guaranteeing its waterproof qualities. the structure completes the four existing stepped buttresses it has been built upon, revealing in the background the traces of domestic activity marked on the party wall. 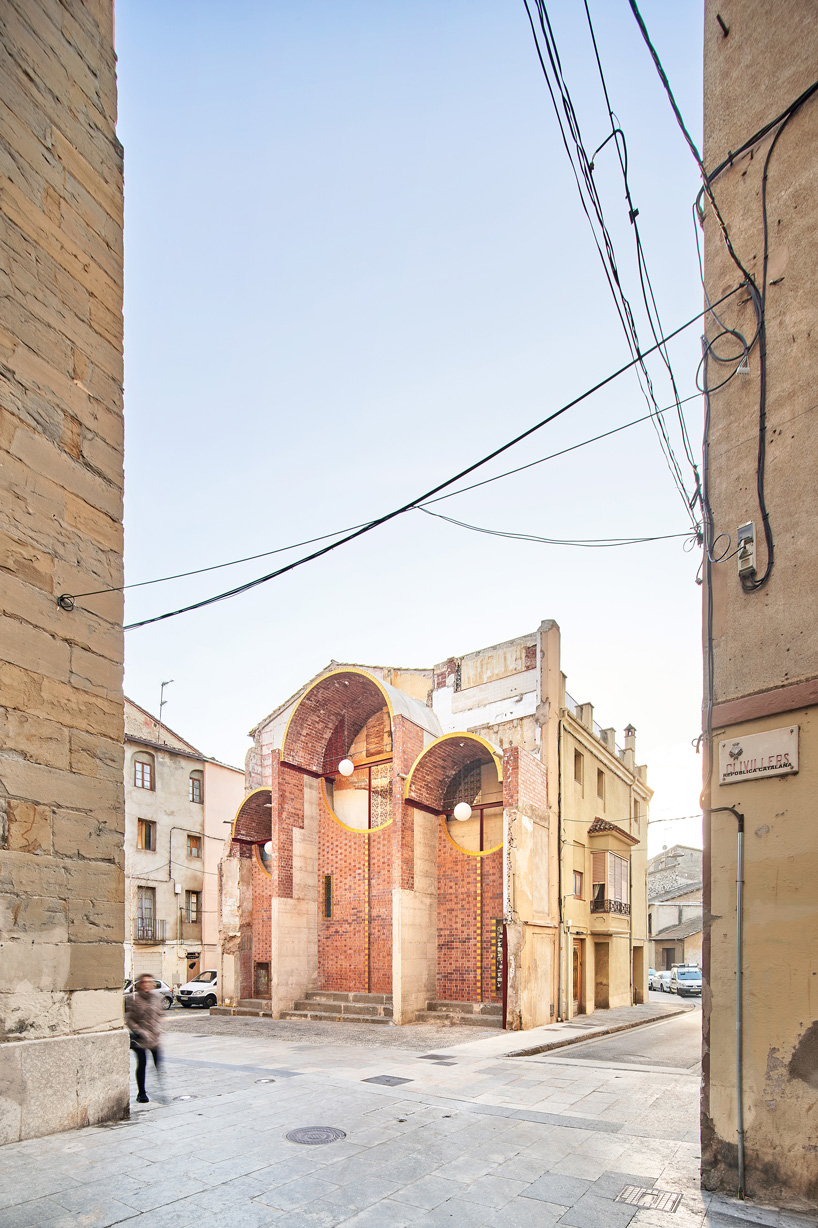 all images by josé hevia

unparelld’arquitectes’ intervention occupies an urban void in the old city center of olot, created when half of can sau building was demolished for street alignment purposes. the empty lot is characterized by a party wall and four stepped buttresses that faced the side façade of the church of the patron saint of olot. ‘in the compact city, the façades take responsibility for giving shape and character to the street,’ explains the local architecture studio. as such, apart from guaranteeing the waterproof qualities of the party wall, the studio has transformed the abandoned lot into a public space where a porous façade offers the background for various cultural activities and social interactions. 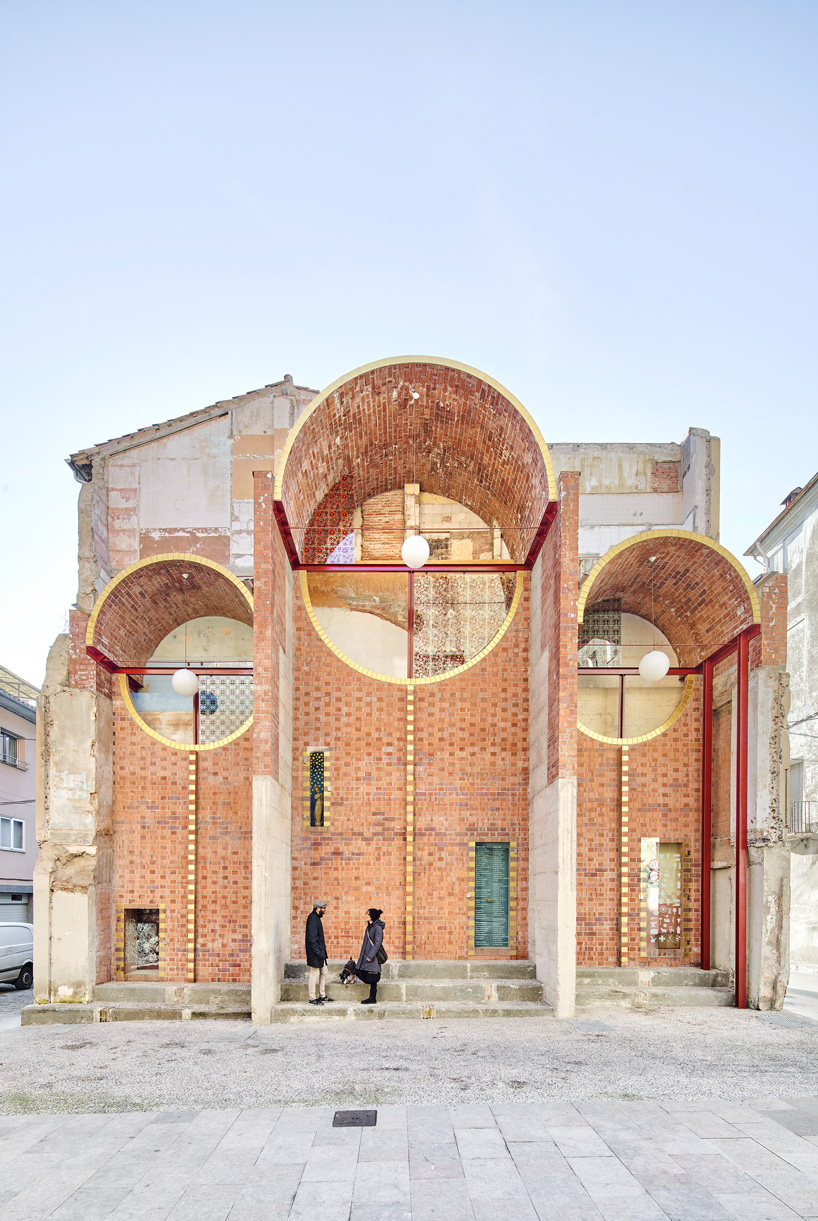 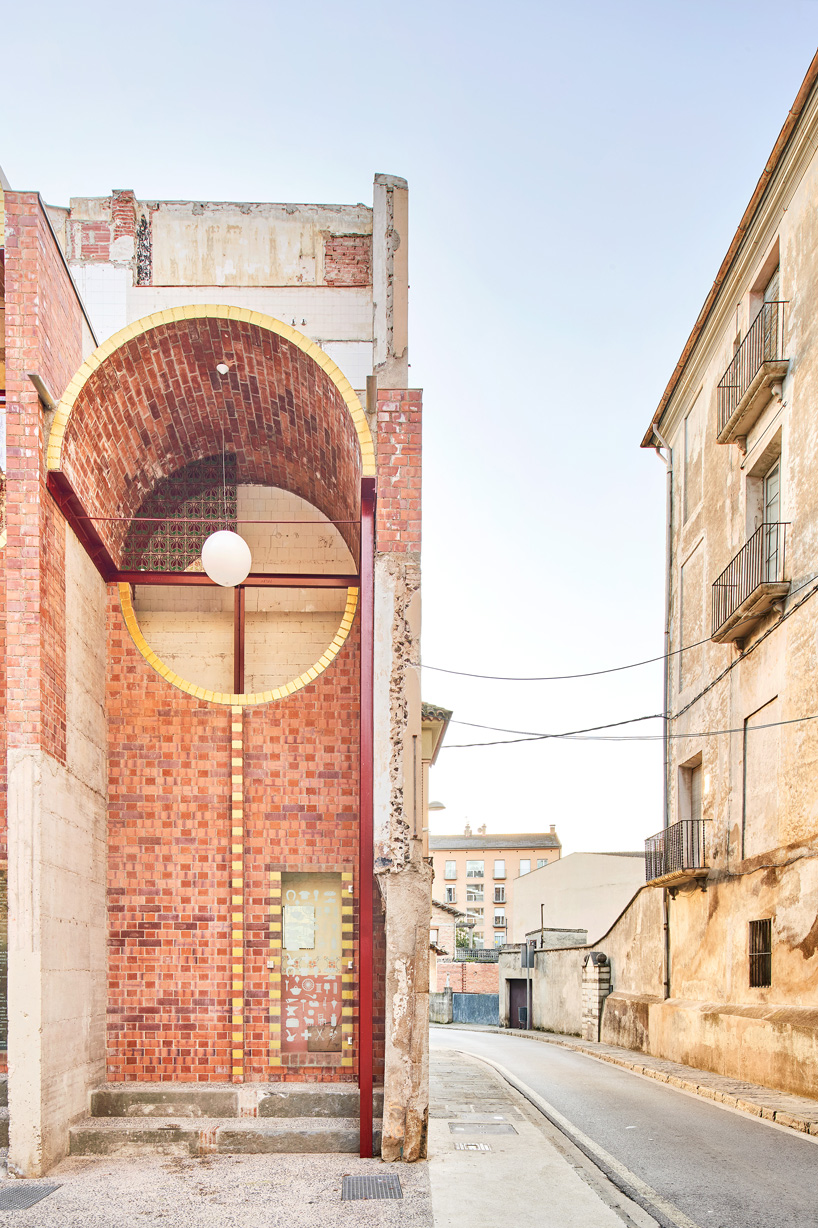 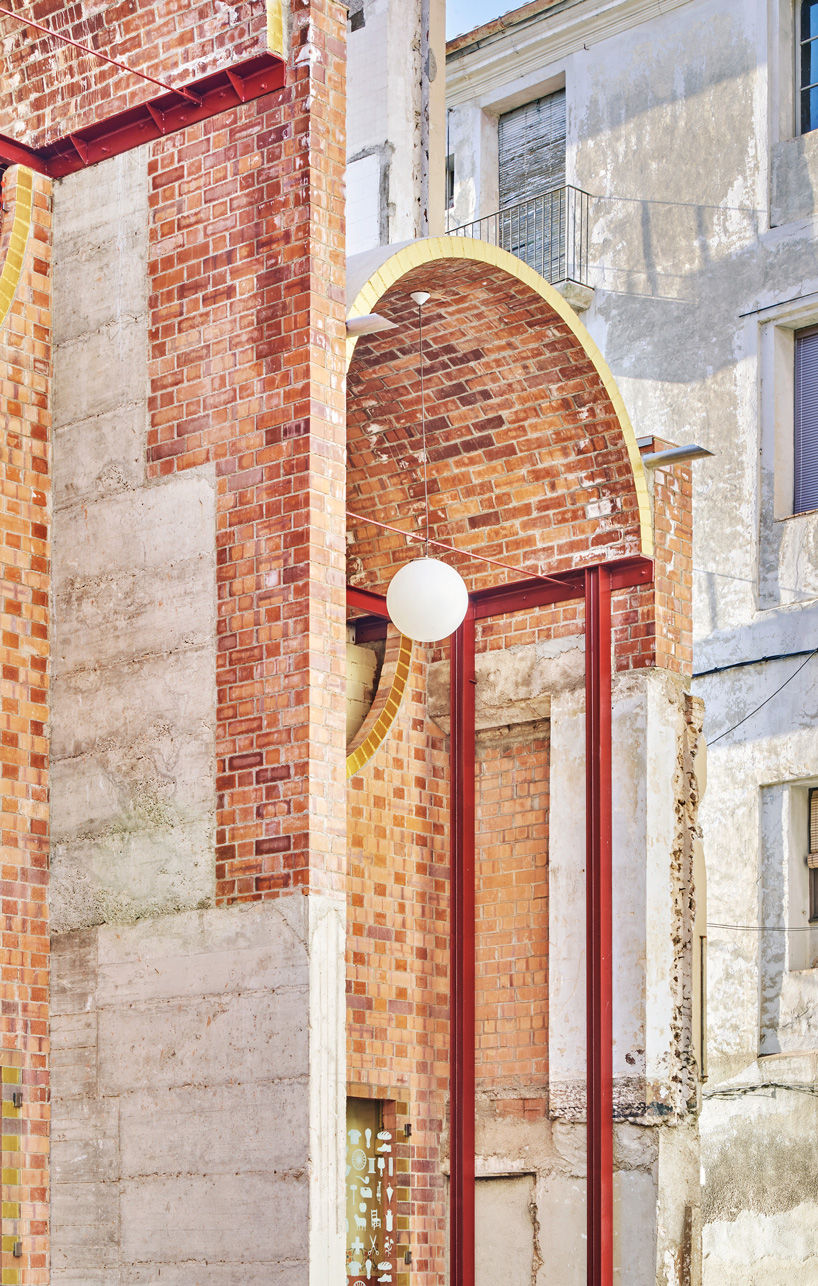 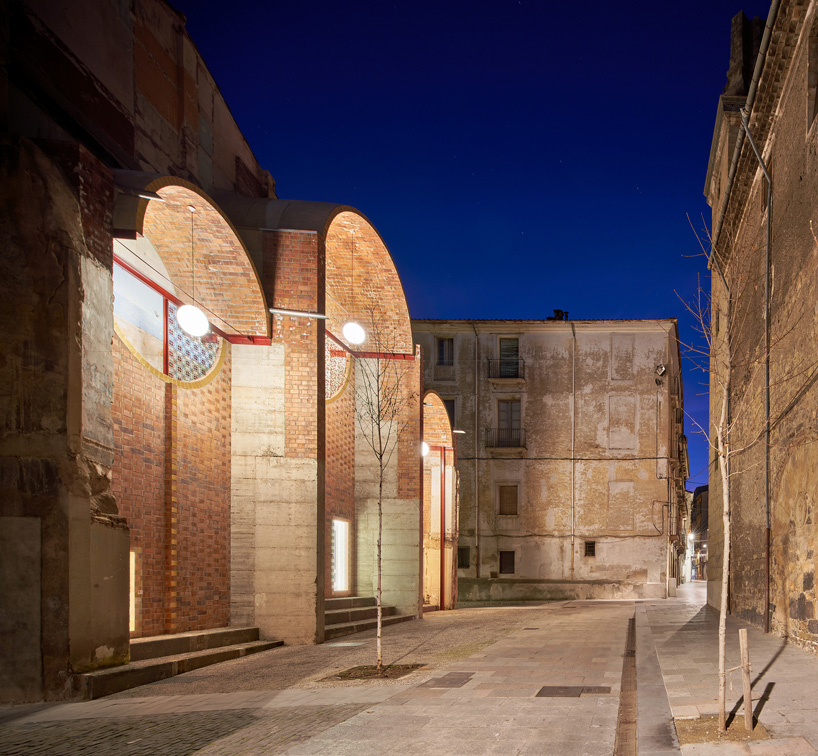 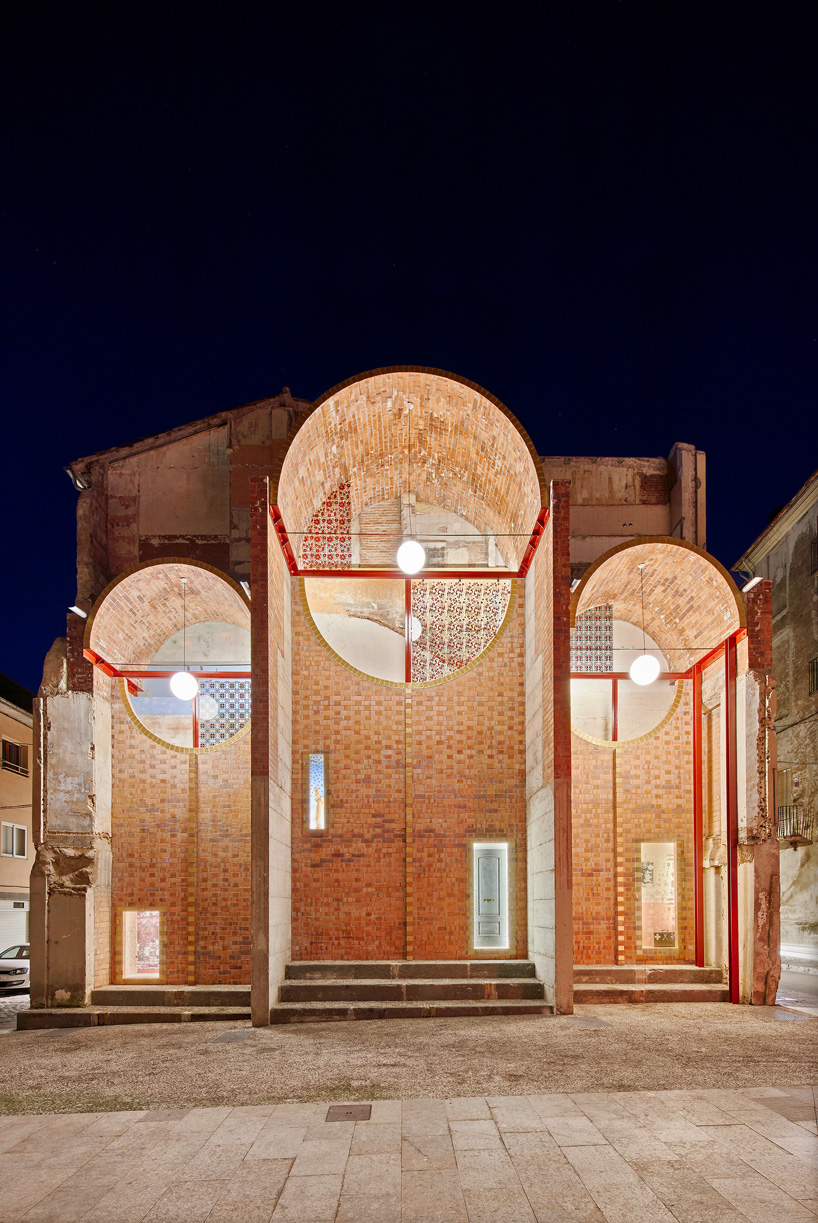 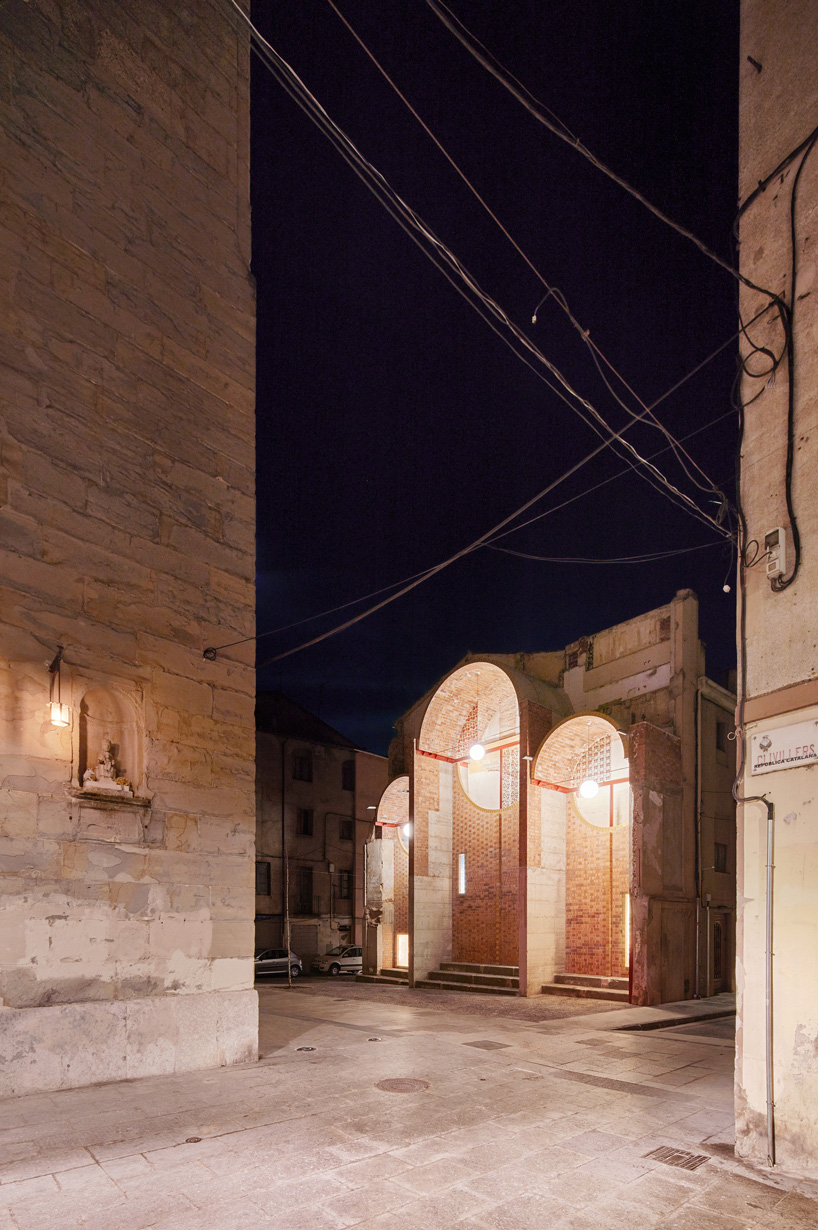 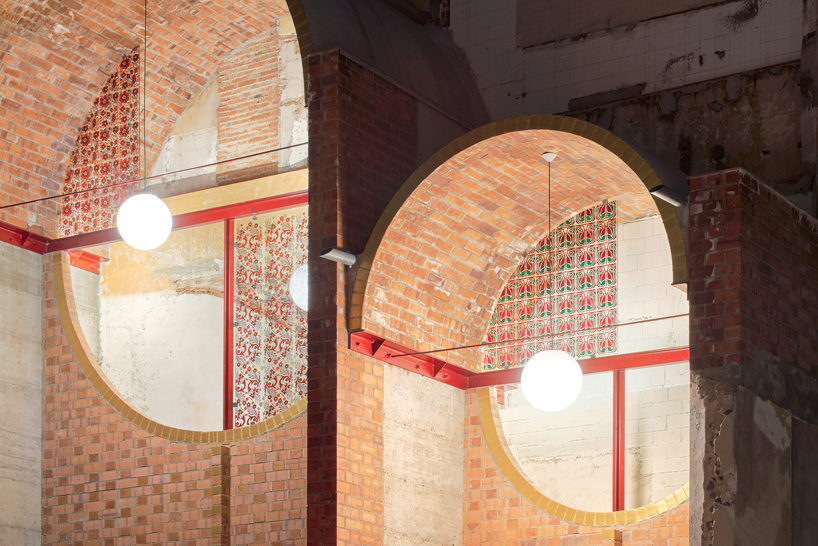 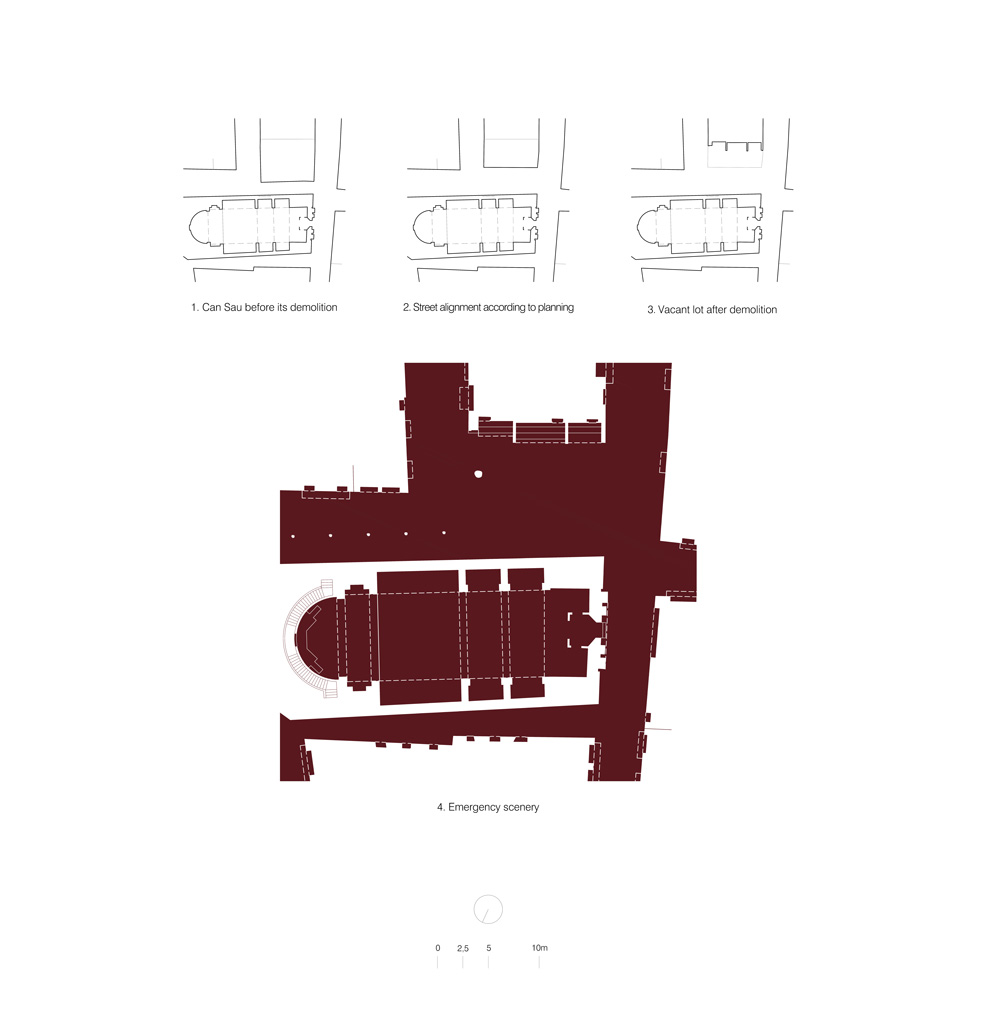 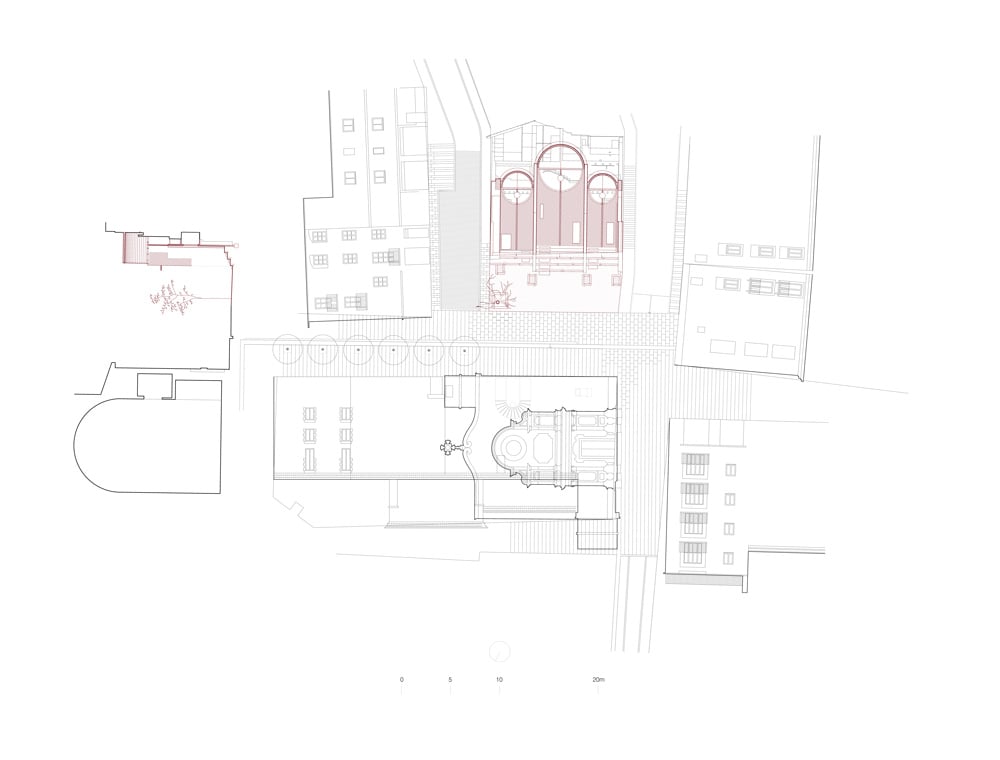 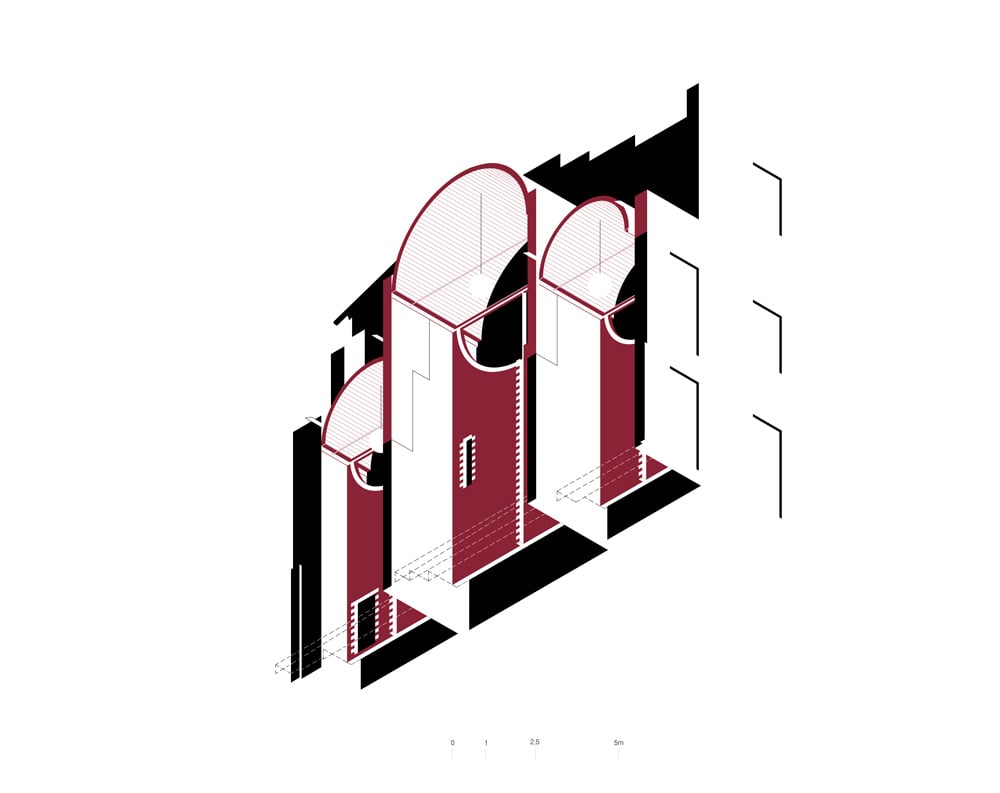 Spread the loveThe lobby of Hotel Emblem brandishes light pendants, abstract artwork, and books to create an atmosphere reflective of

SAOTA Designs Canadian Home on the Banks of Lake Huron