Architect Francesca Perani designed a micro apartment in the Albino’s city in the Seriana Valley of Bergamo, Italy, for an Italian and Persian couple. The minimalist home was built on an open porch that extends from a 1968 villa originally designed by architect Armen Manoukian and renovated by Perani in 2008. The original exterior was kept while a new second skin was added to offer shade and privacy from the front of the house, while creating a triangular garden. 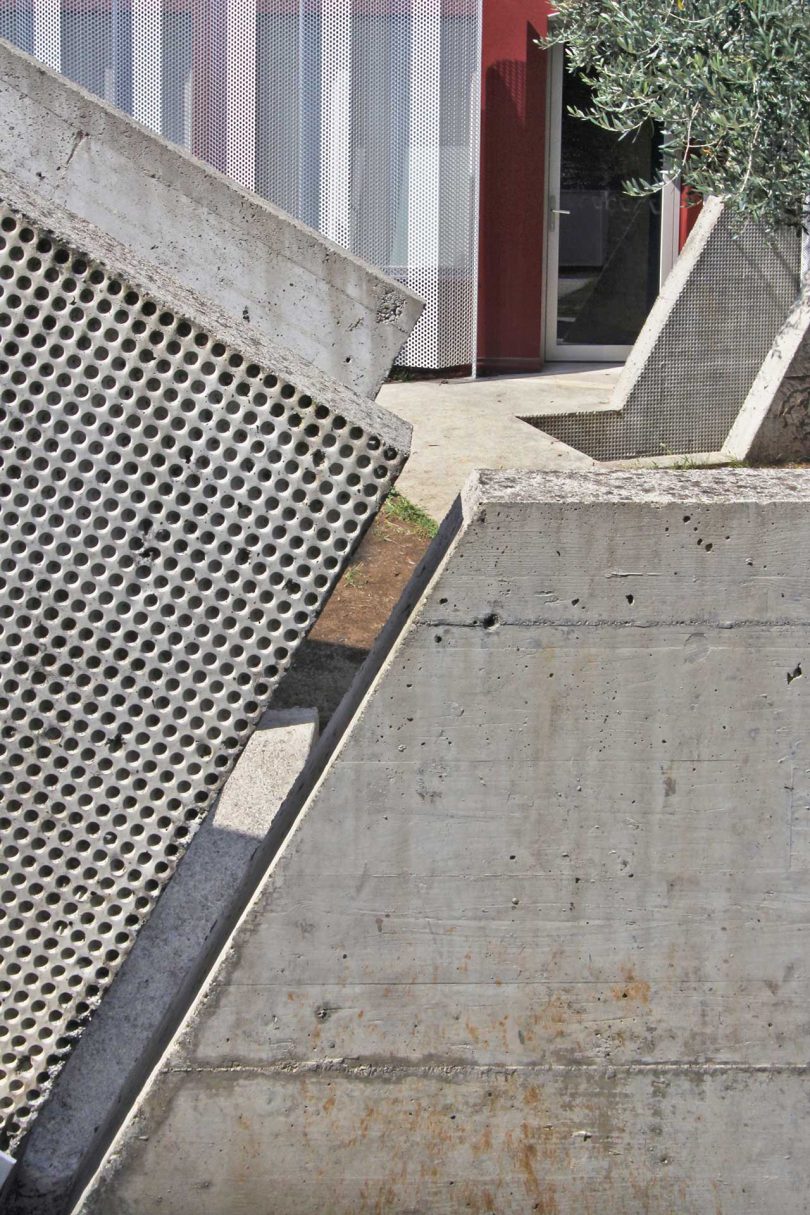 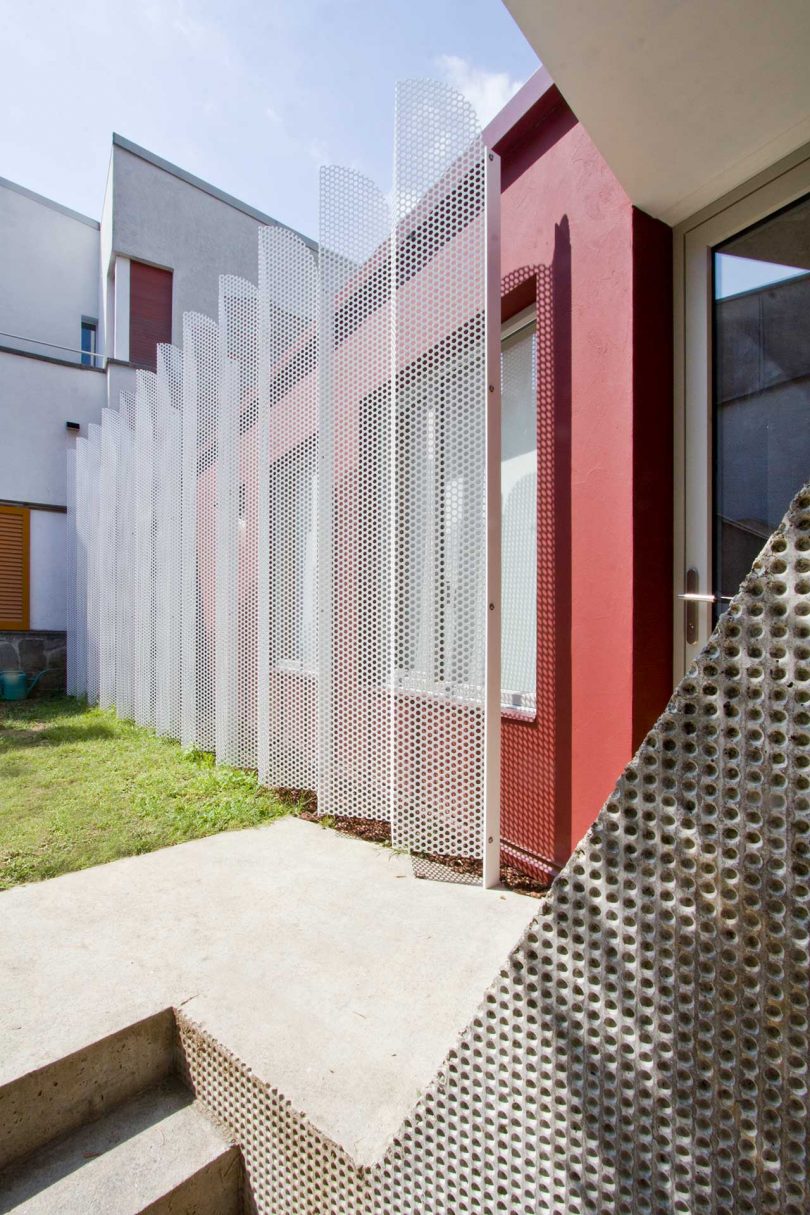 The shade was made of perforated metal that’s laid out in a folded pattern, adding to the visual interest of the south facade. 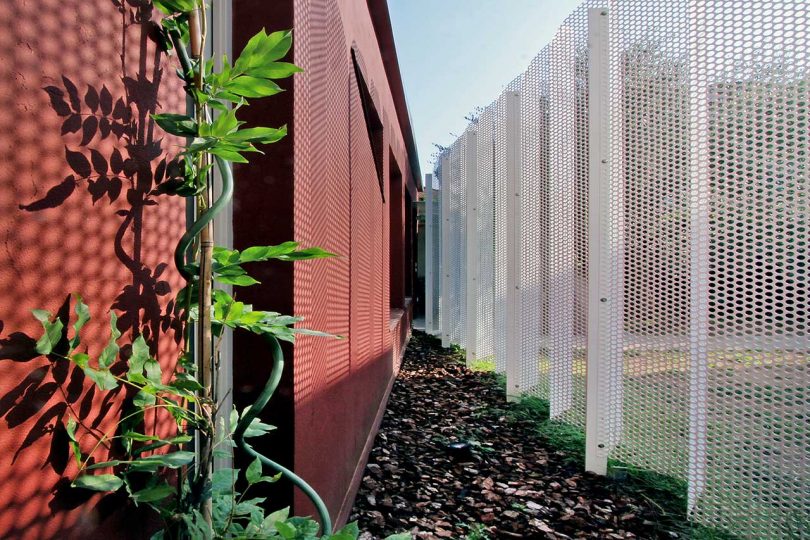 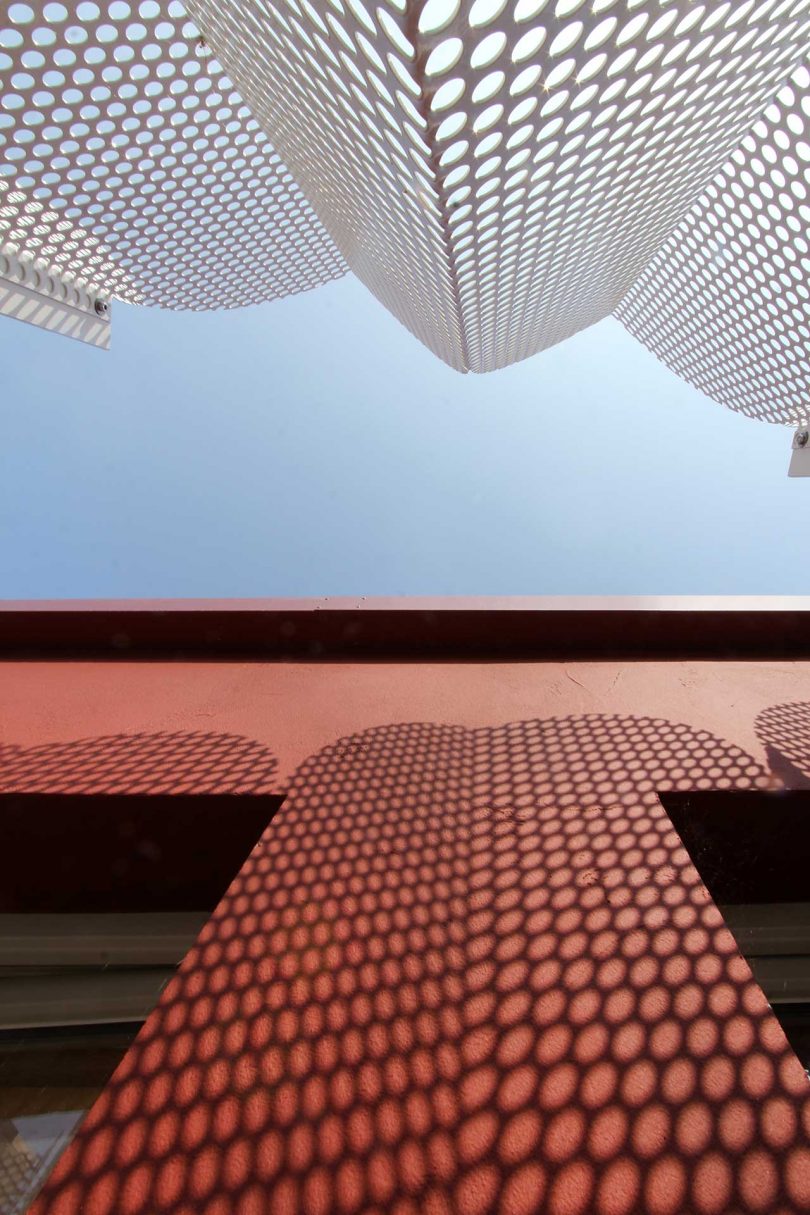 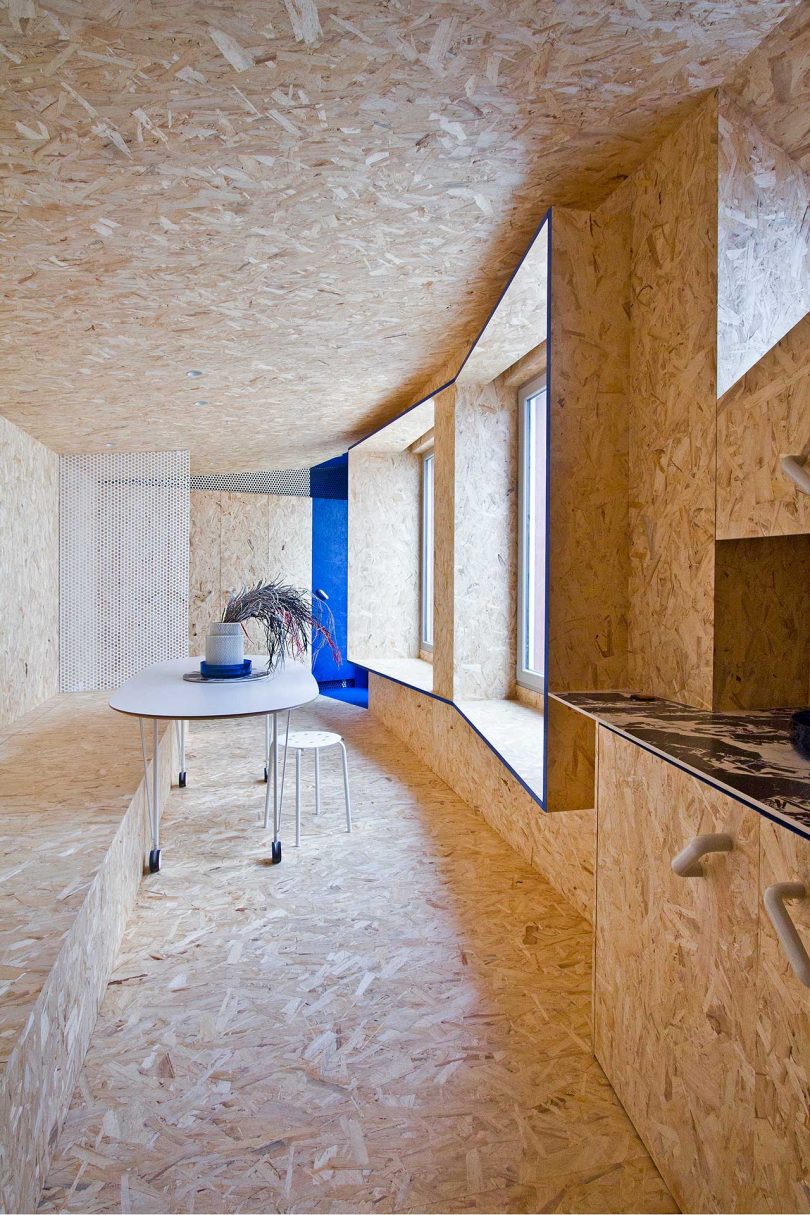 On the inside, Perani used affordable materials, like Warm OSB (non-toxic Oriented Strand Board), a bold blue color that gives nod to Persian indigo, and diagonal lines to offer a dramatic yet playful aesthetic. The OSB’s textured grain offers a unique backdrop to the space, allowing the glossy blue resin accents to pop. 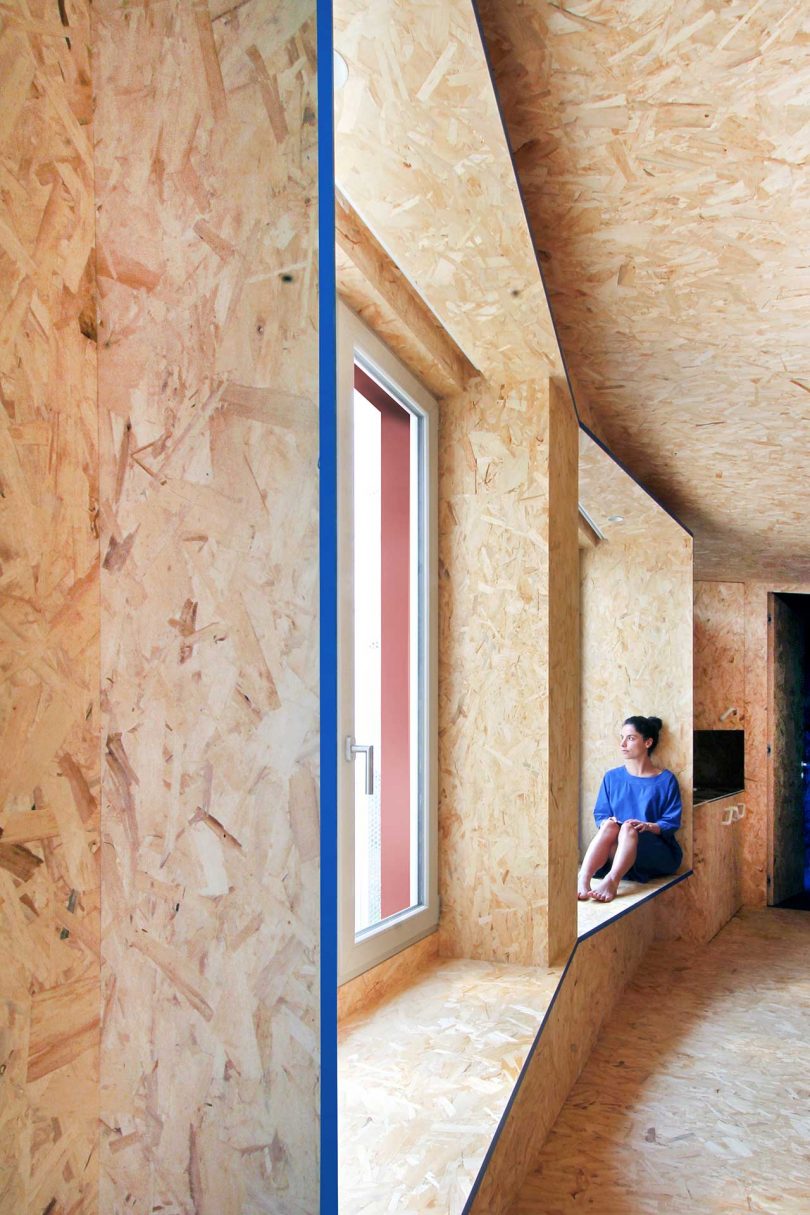 Due to the elongated shape of the space, the custom interior had to be flexible to accommodate various functions as needed. The window ledges act as extra seating, while the deep, built-in bench on the opposite side becomes the platform for twin mattresses at night for sleeping. The top of the bench lifts up revealing lots of storage space. 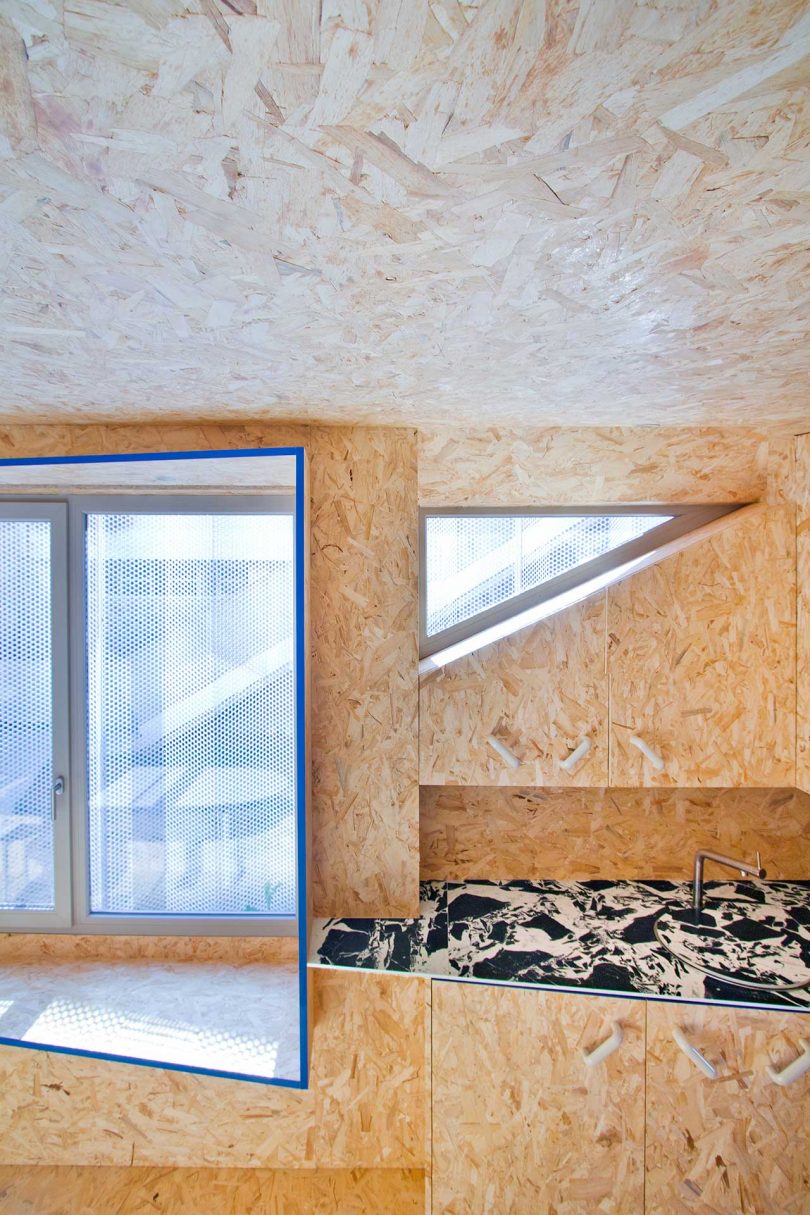 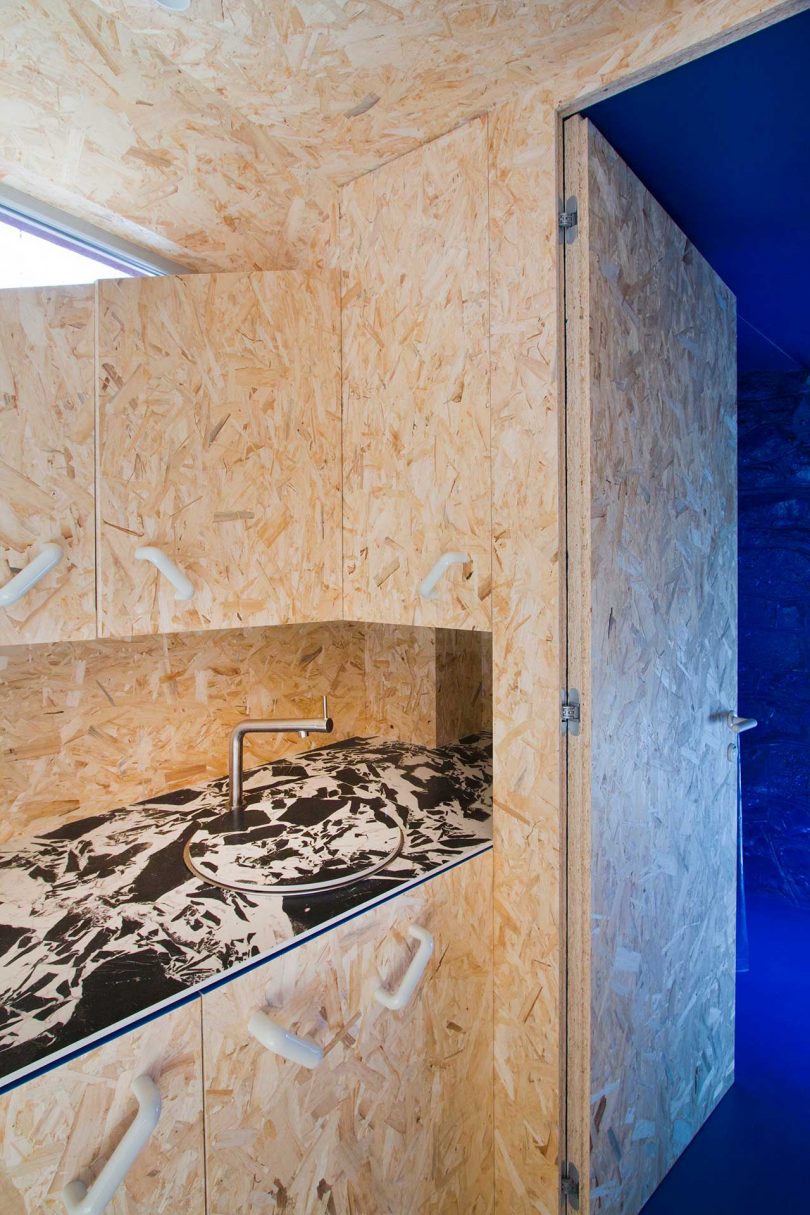 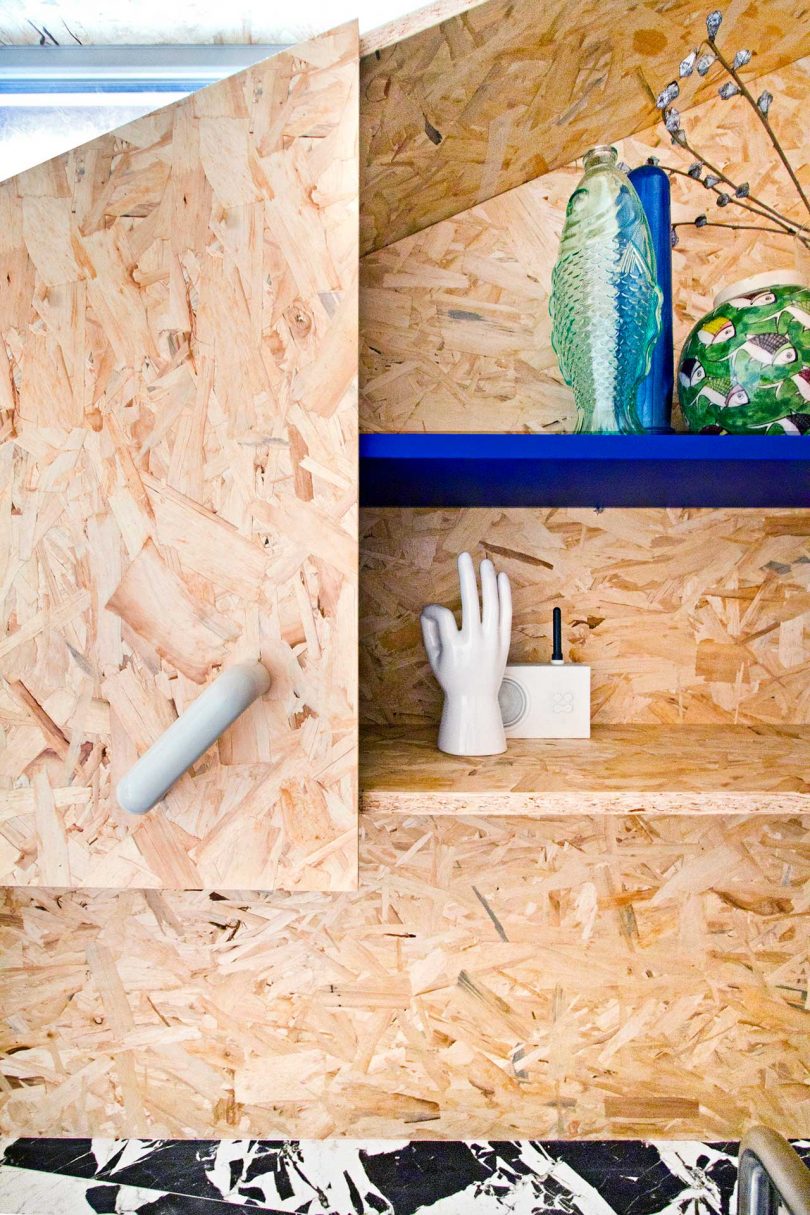 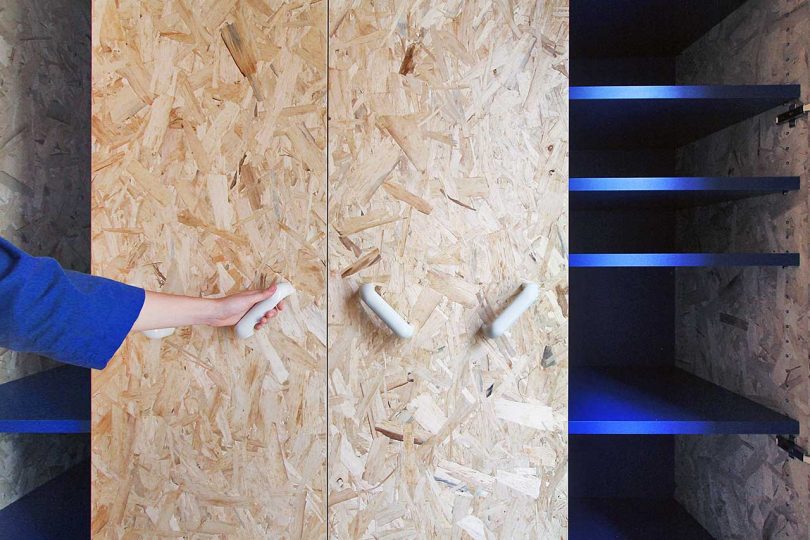 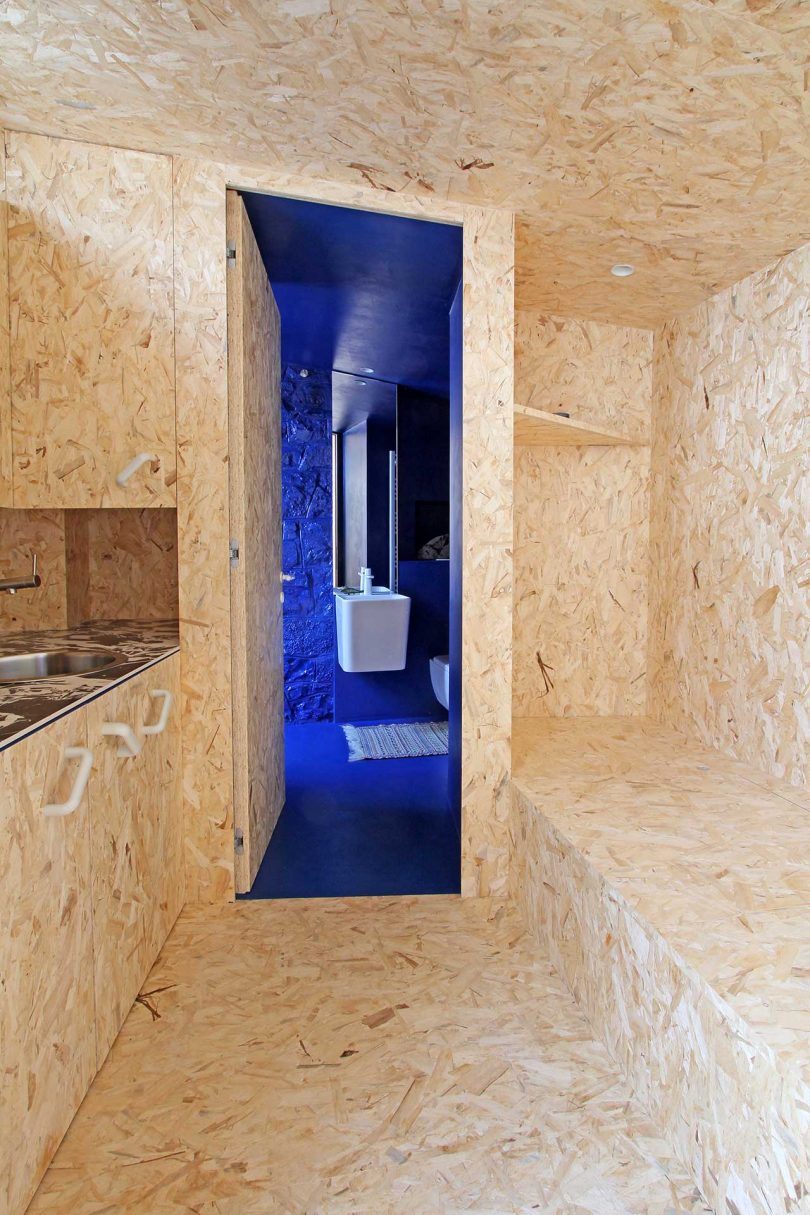 The bathroom goes all blue on every surface making for dynamic sight lines when standing at the opposite end of the apartment. 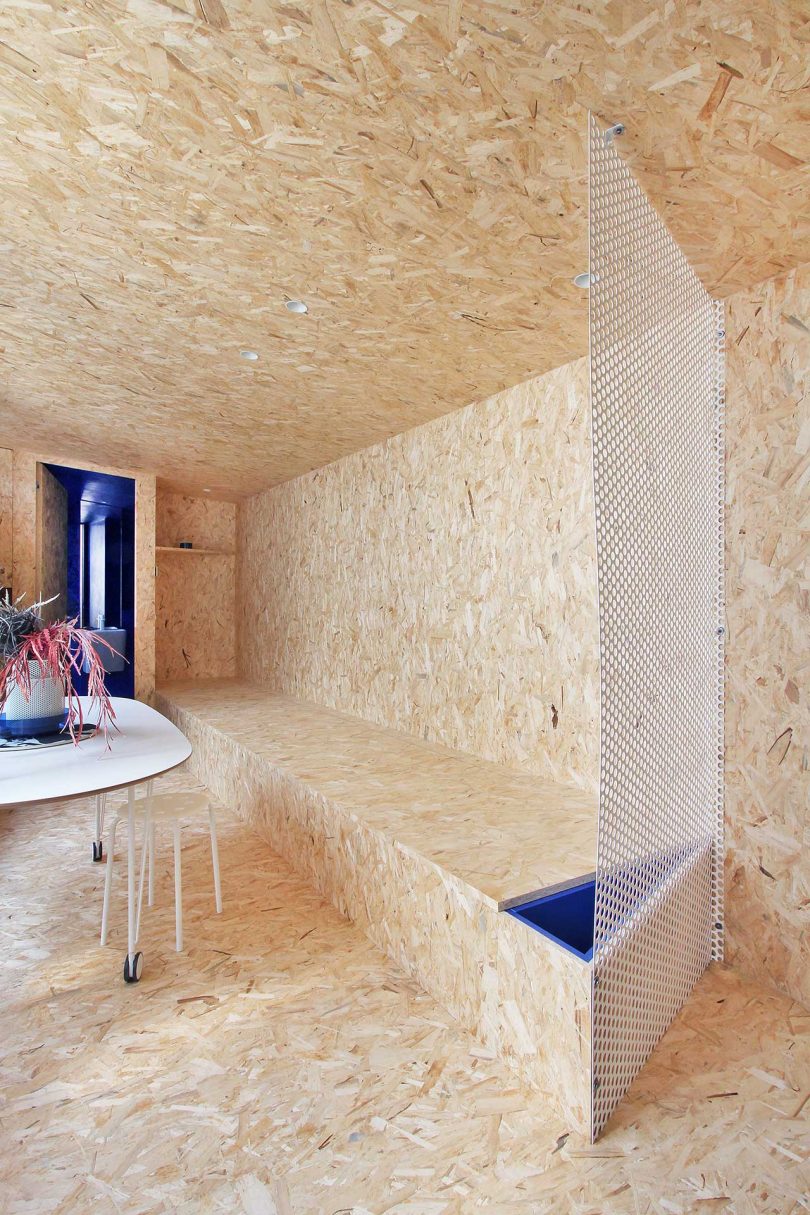 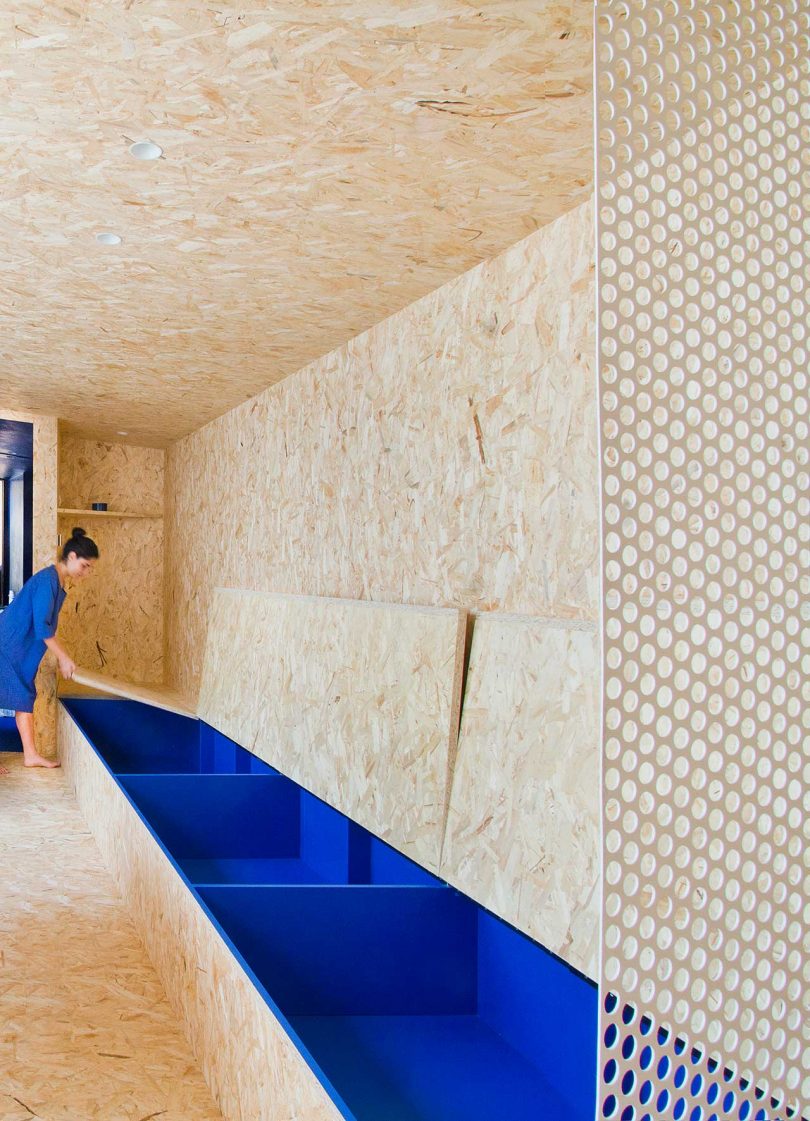 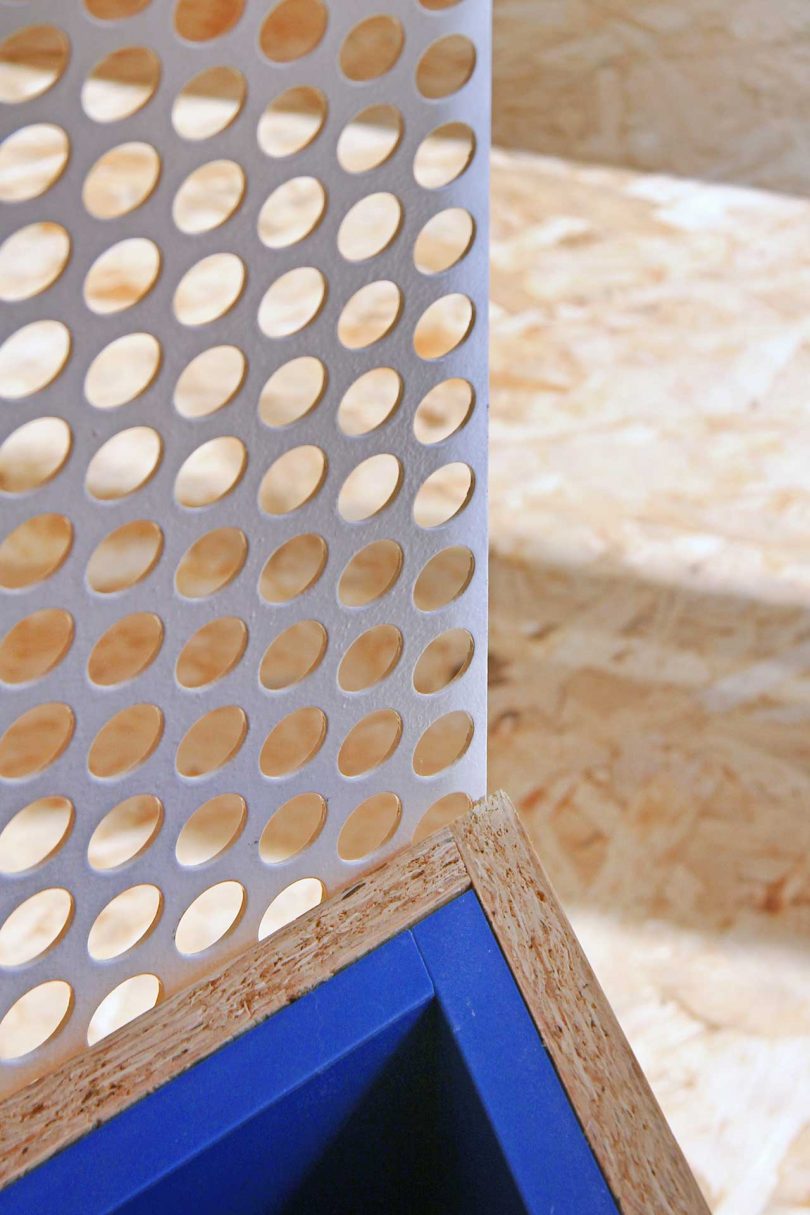 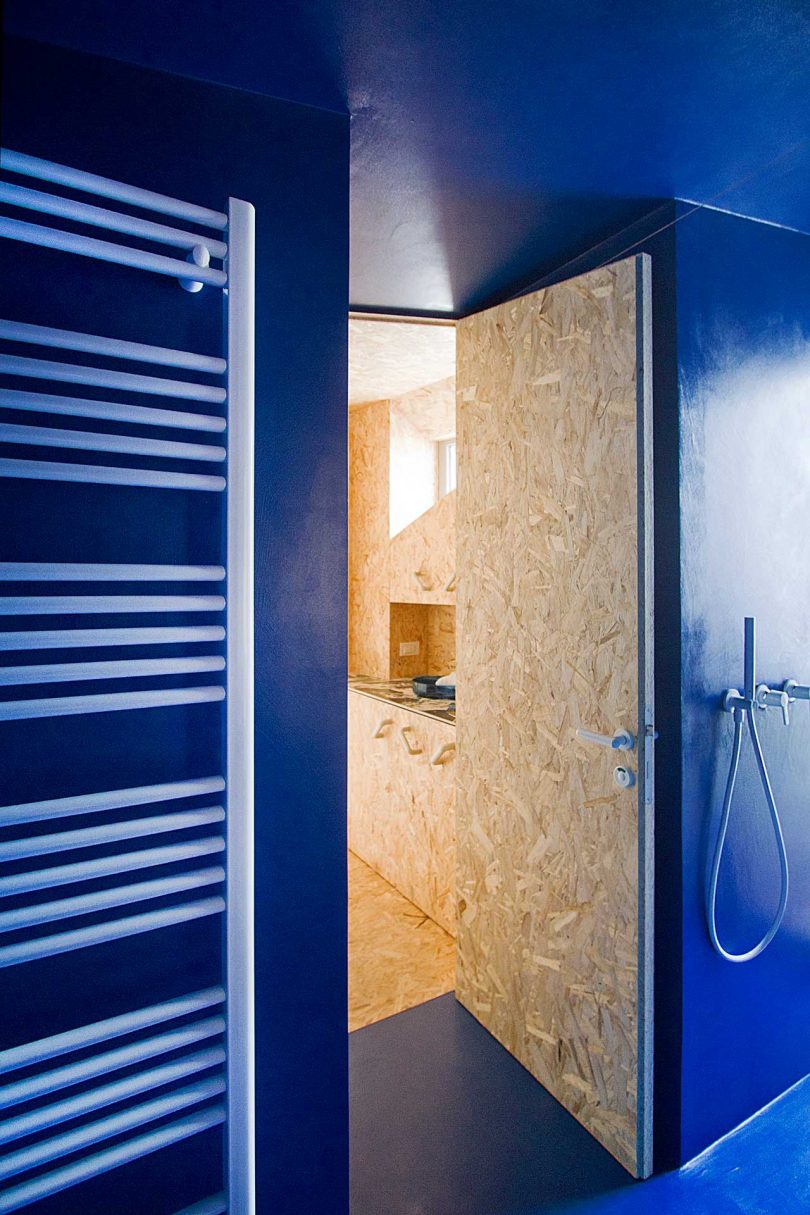 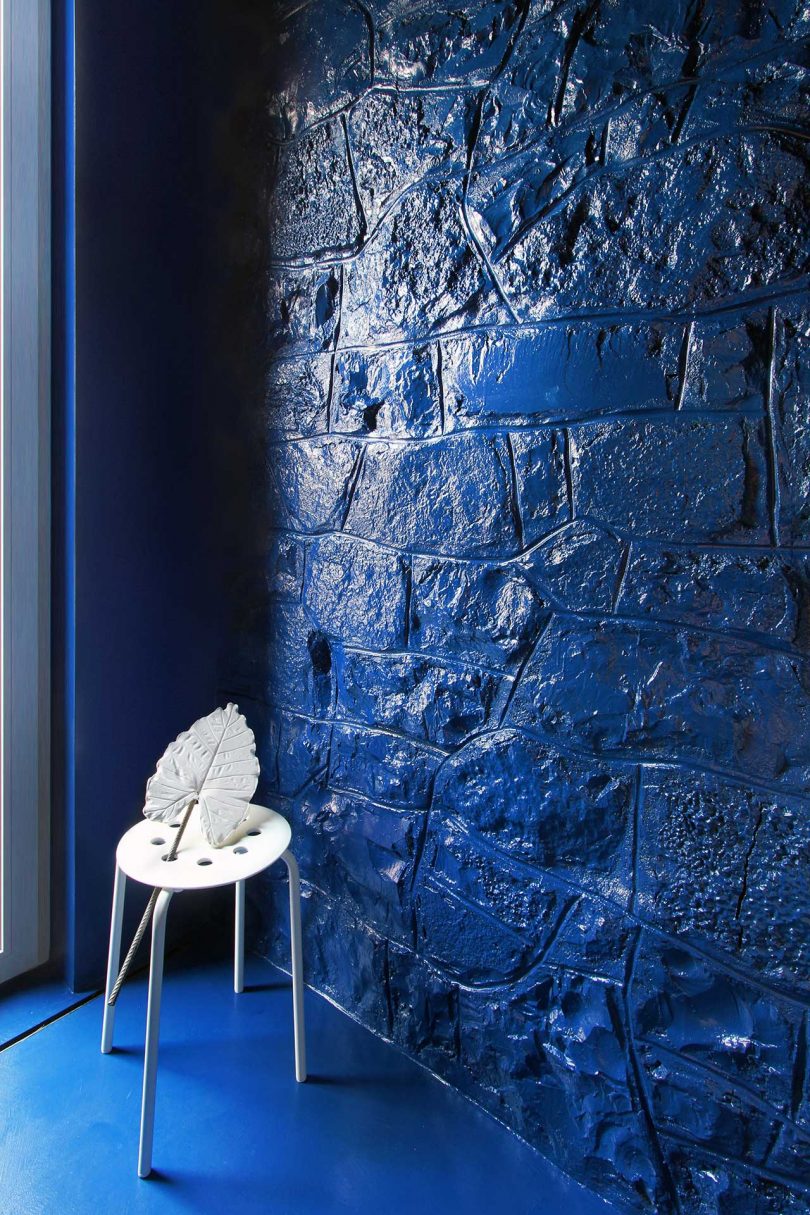 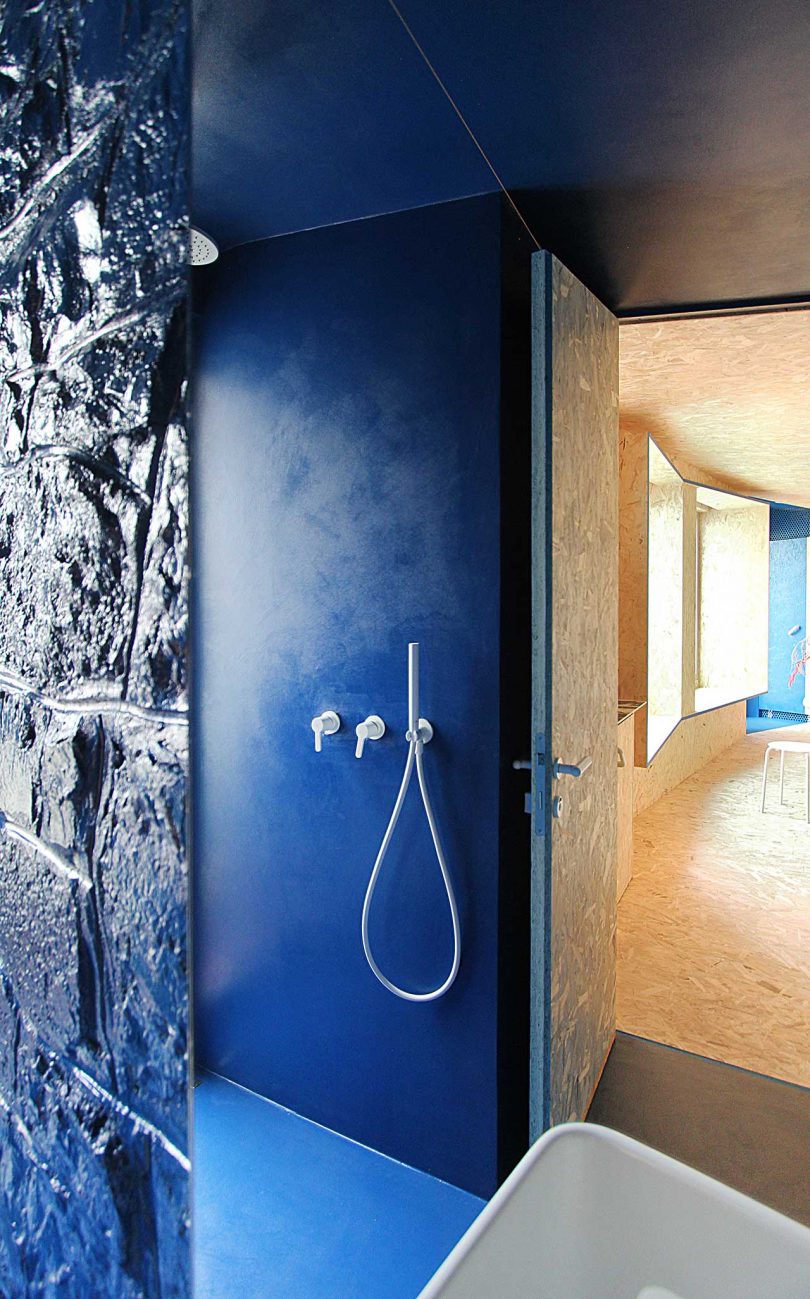 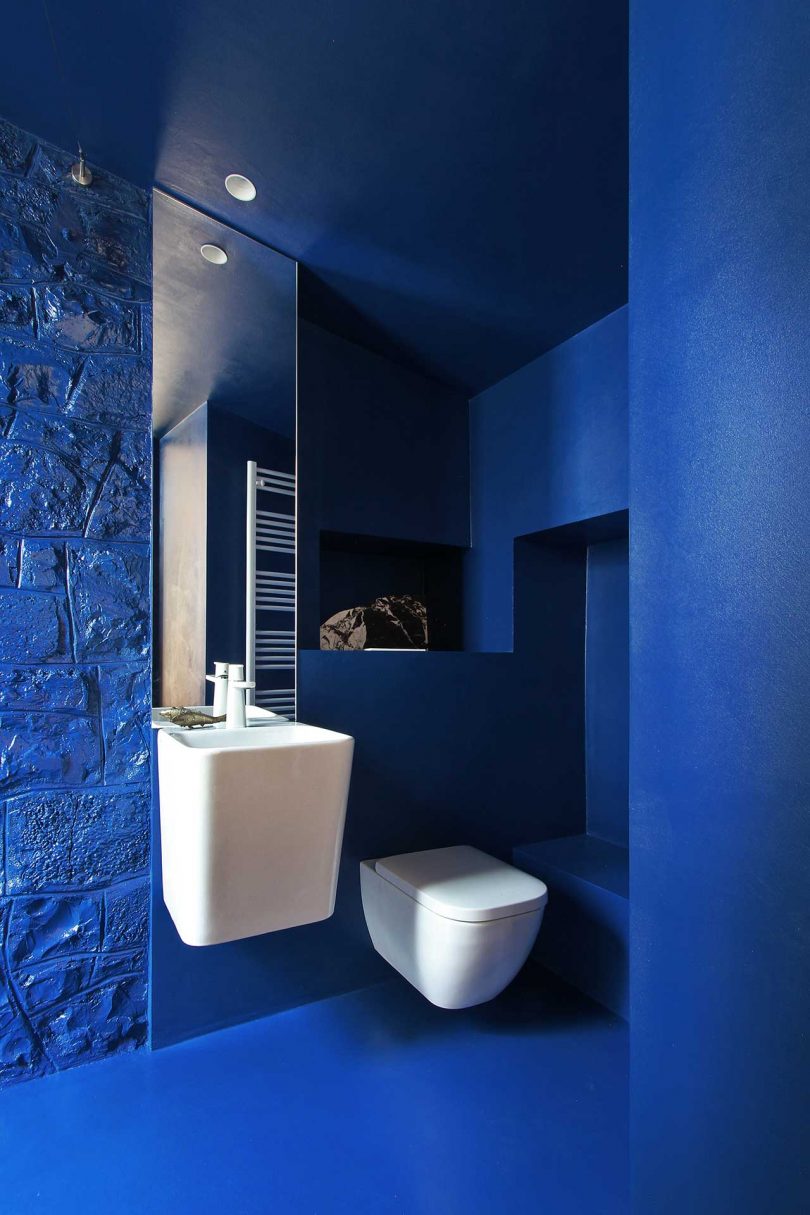 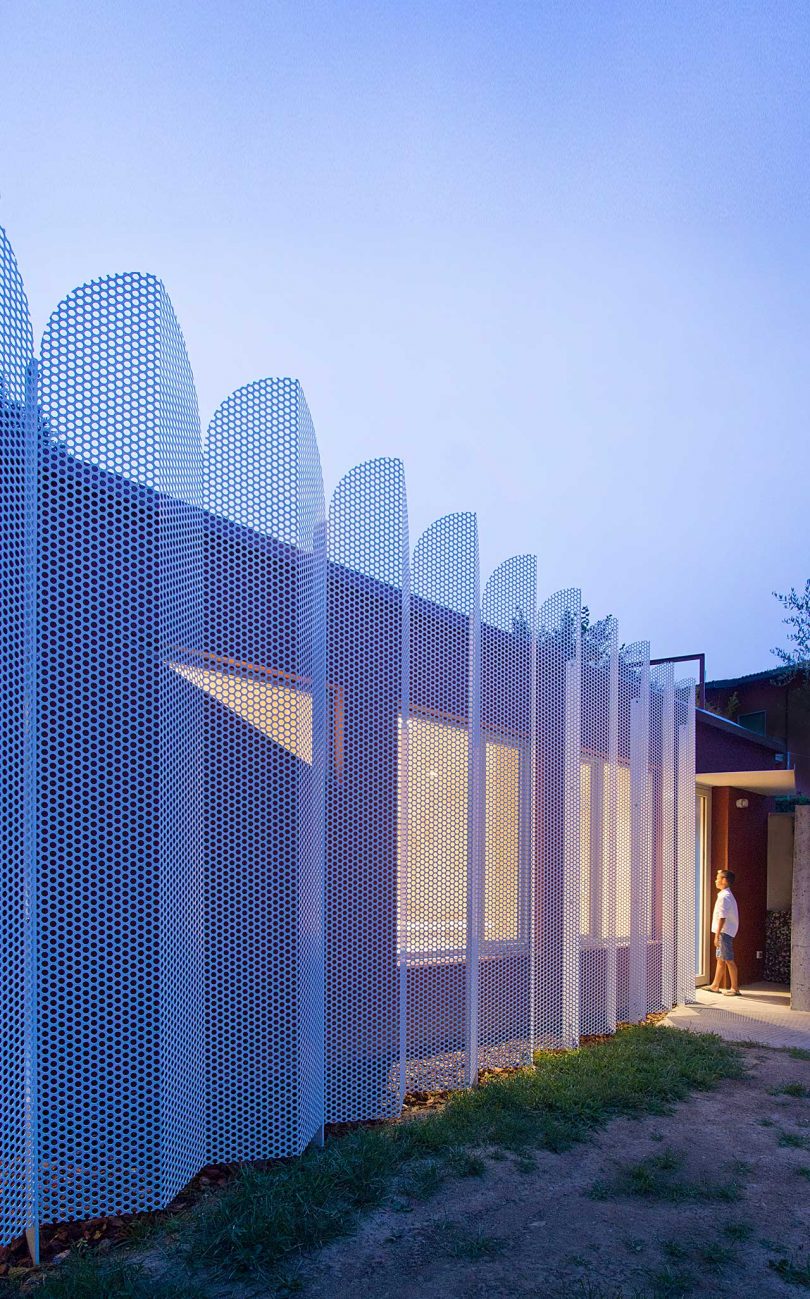 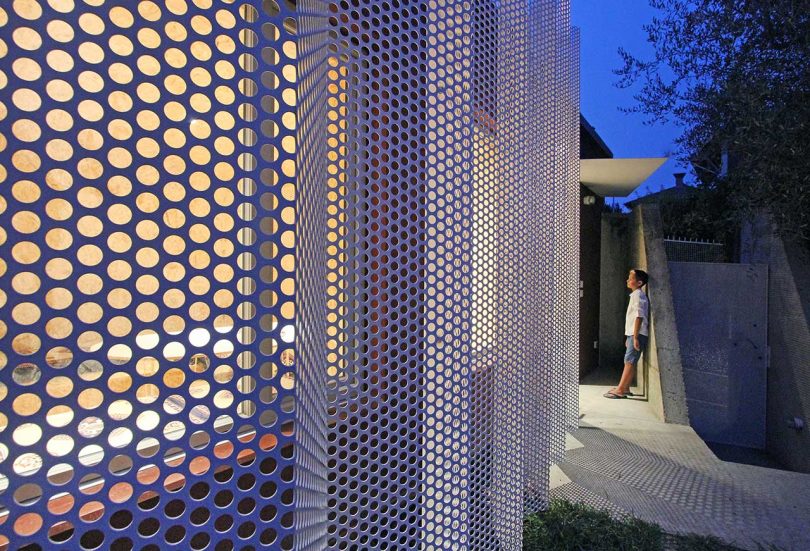 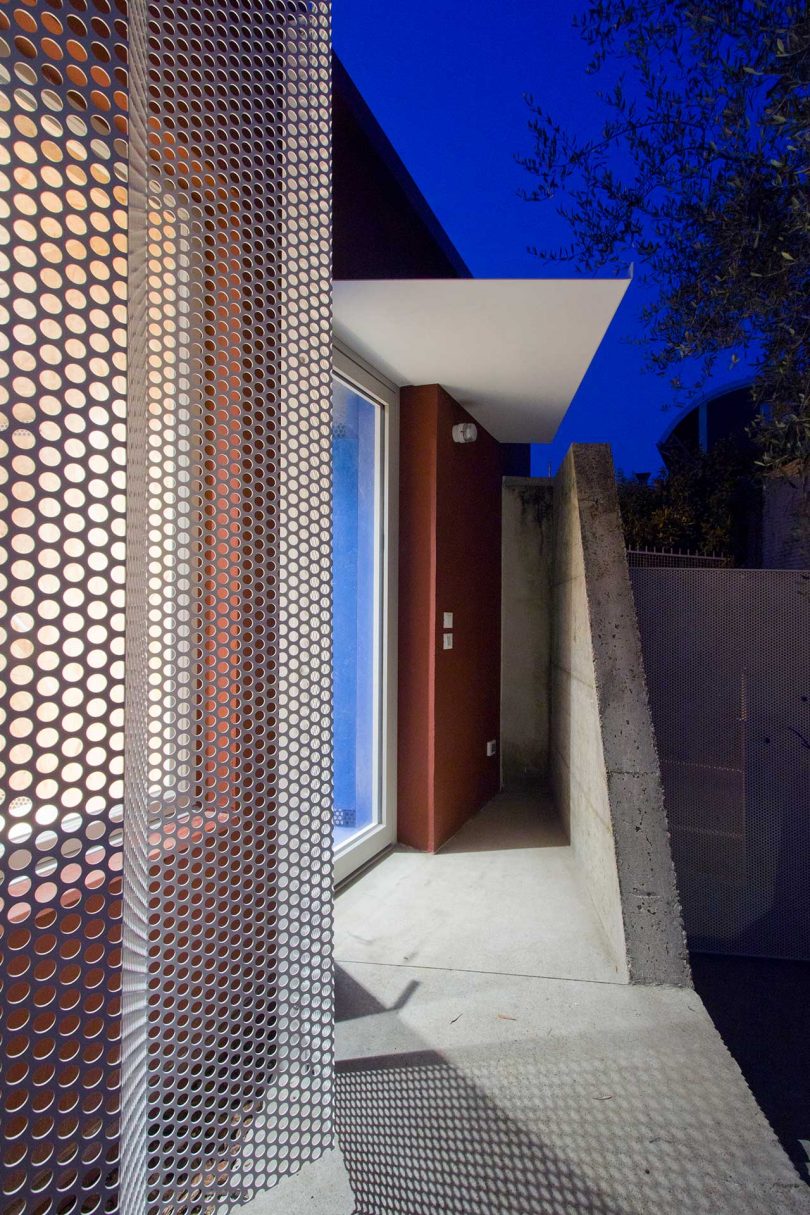 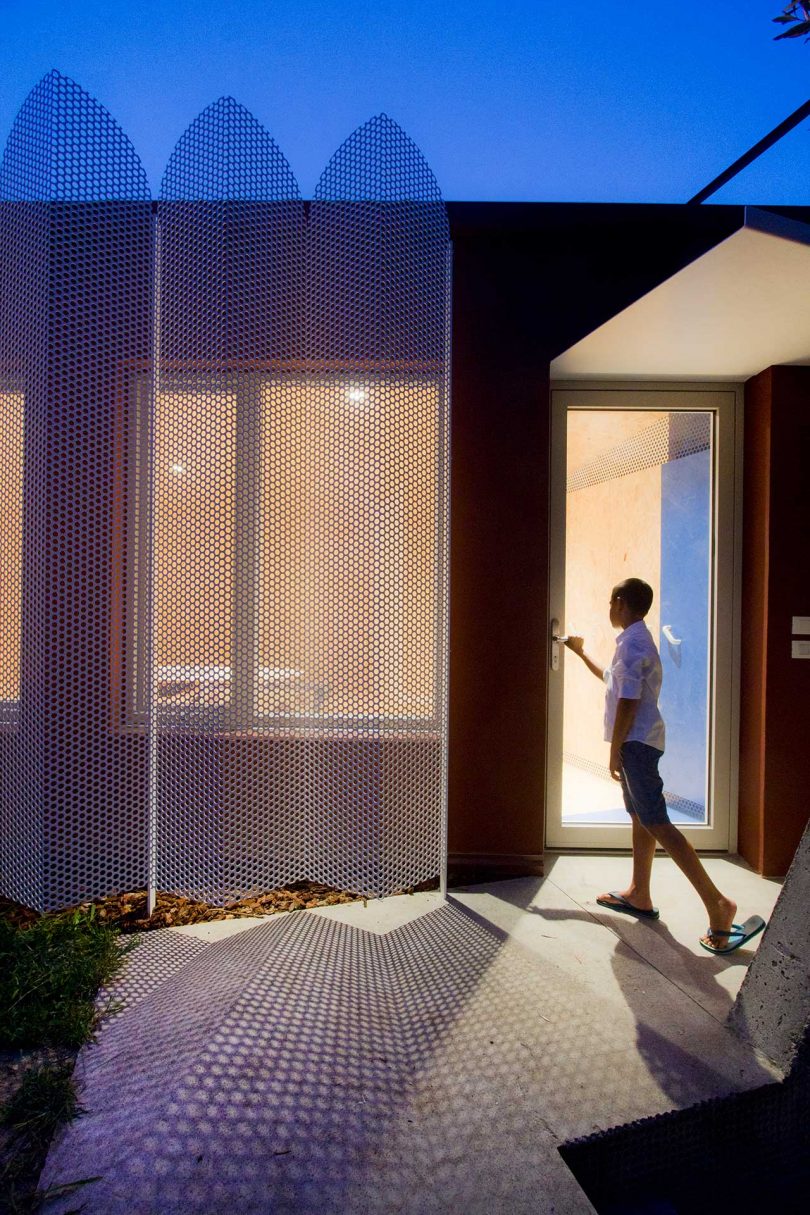 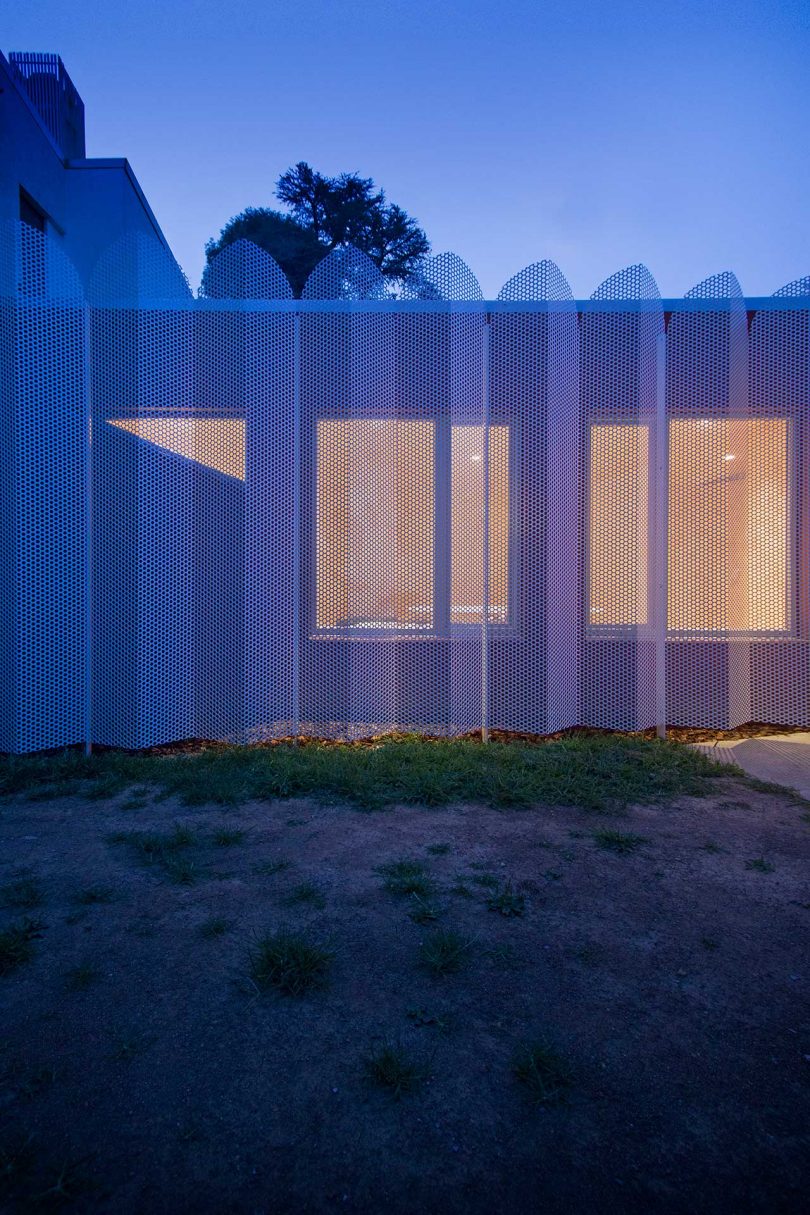 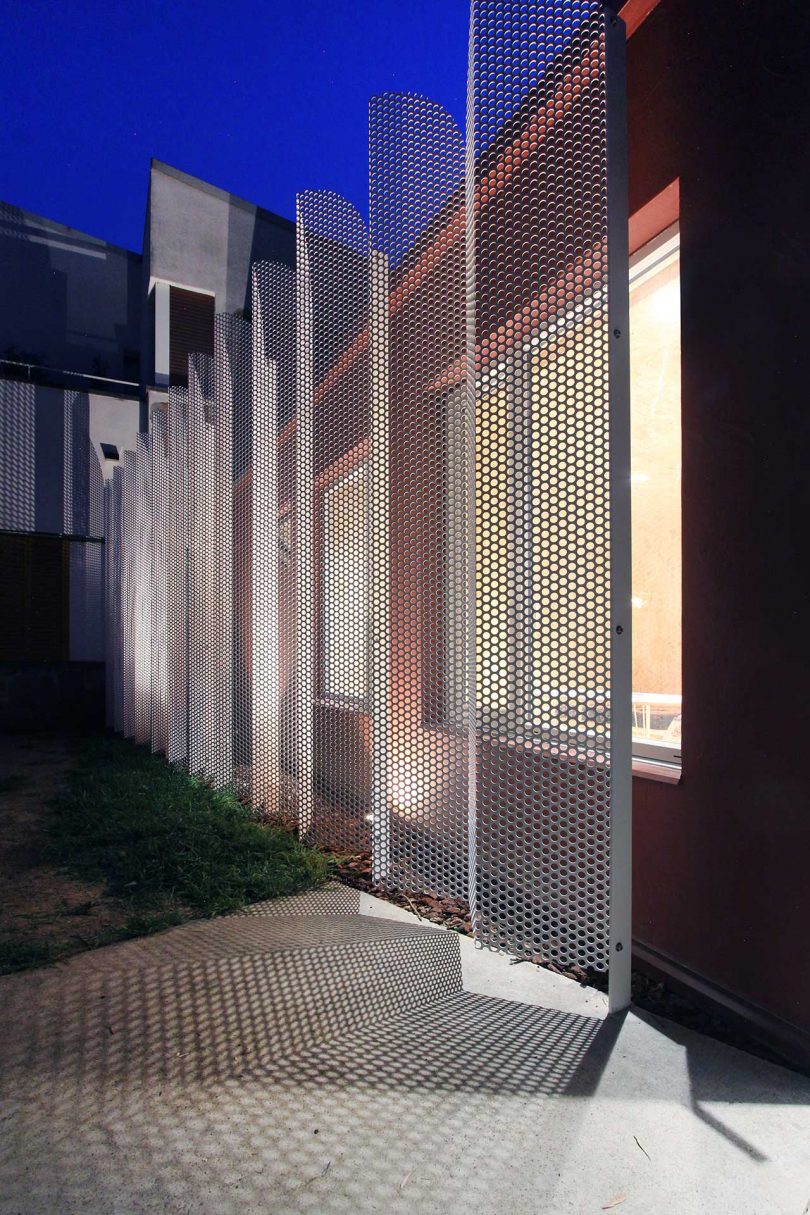 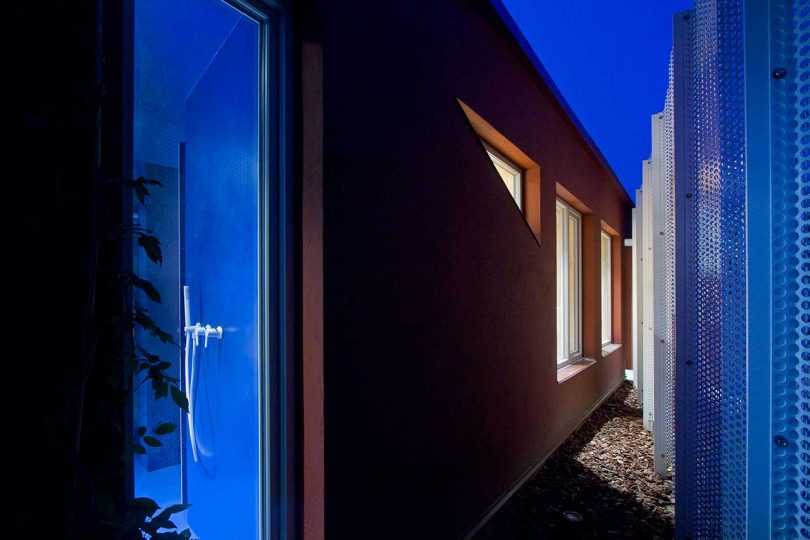 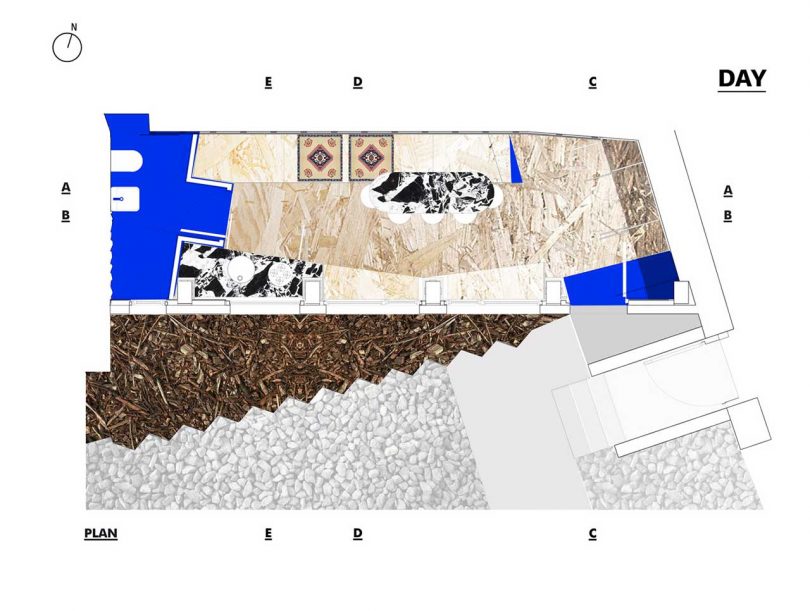 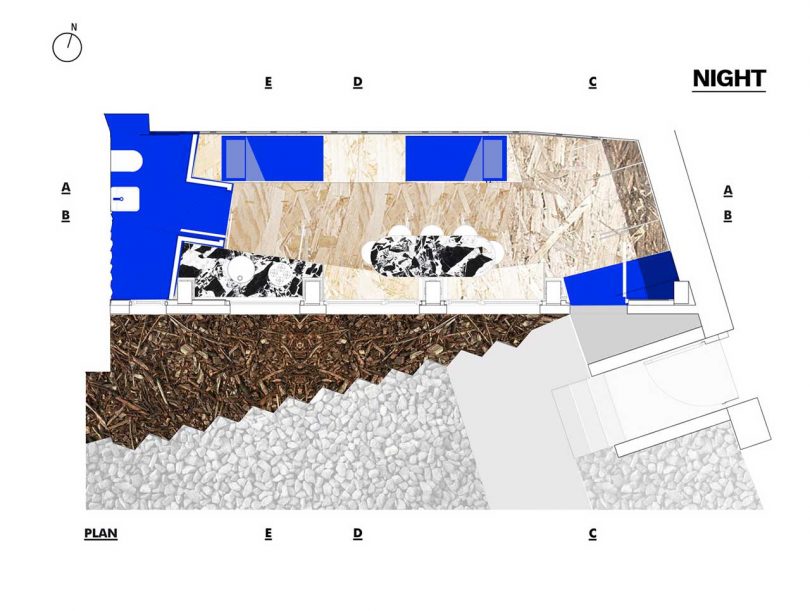 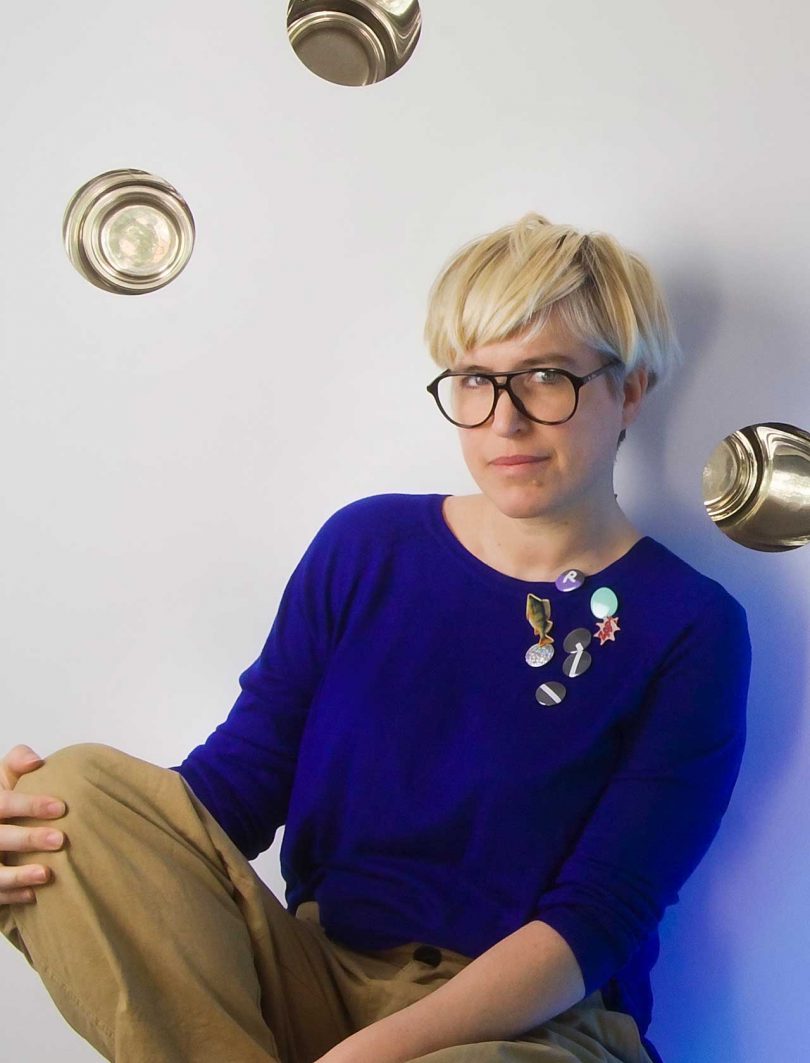