urbantect has reconstructed banan stadium in chongqing, china, wrapping its exterior in a perforated aluminum mesh that becomes the visual focus of the project. colored metal-clad boxes protrude from the lower part of its façade, which enclose retail stores and offer a platform for billboard placements. the boxes are placed facing the pedestrian street on the southeast side, while their corners have been sliced, formin tilted reflective stainless steel surfaces that act as interactive devices between the architecture and passersby. 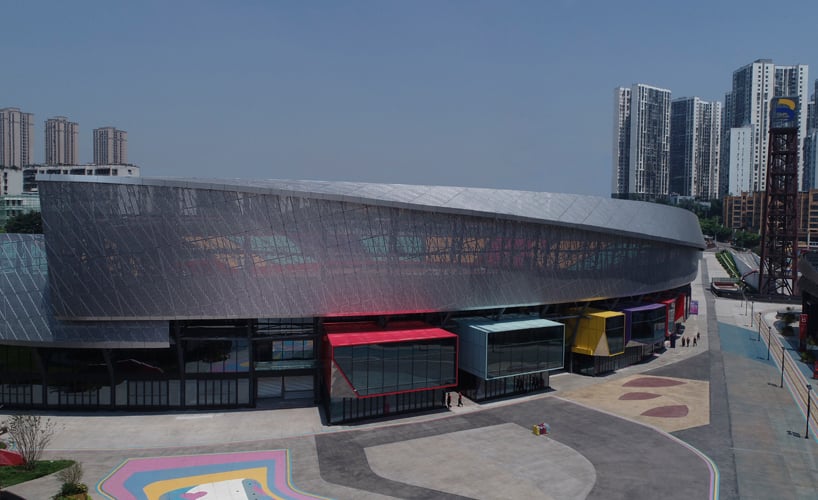 all images courtesy of urbantect

urbantect has brought life back to banan stadium, which used to be one of the important landmarks in banan district of chongqing, but was soon abandoned and deteriorated. the reconstruction of the stadium has the intention of bringing life back to the stadium and its surroundings as the highlight within the community in banan district. the reconstruction has effectively reactivated the functionality of the stadium, while the adjacent pedestrian street became livelier.

‘the main design challenge was to determine how to achieve the concept of combining monumental landmarks with street life without affecting the primary structure of the stadium, as required by the project,’ explains the beijing-based studio. ‘another design challenge was to realize how to reflect the contradictory and progressive demands of the present, while preserving the historical characteristics of this distinctive architecture in banan, chongqing.’ 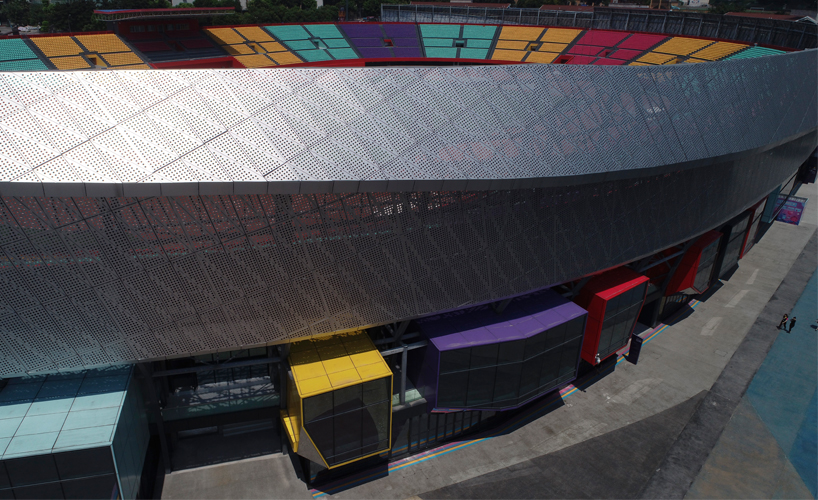 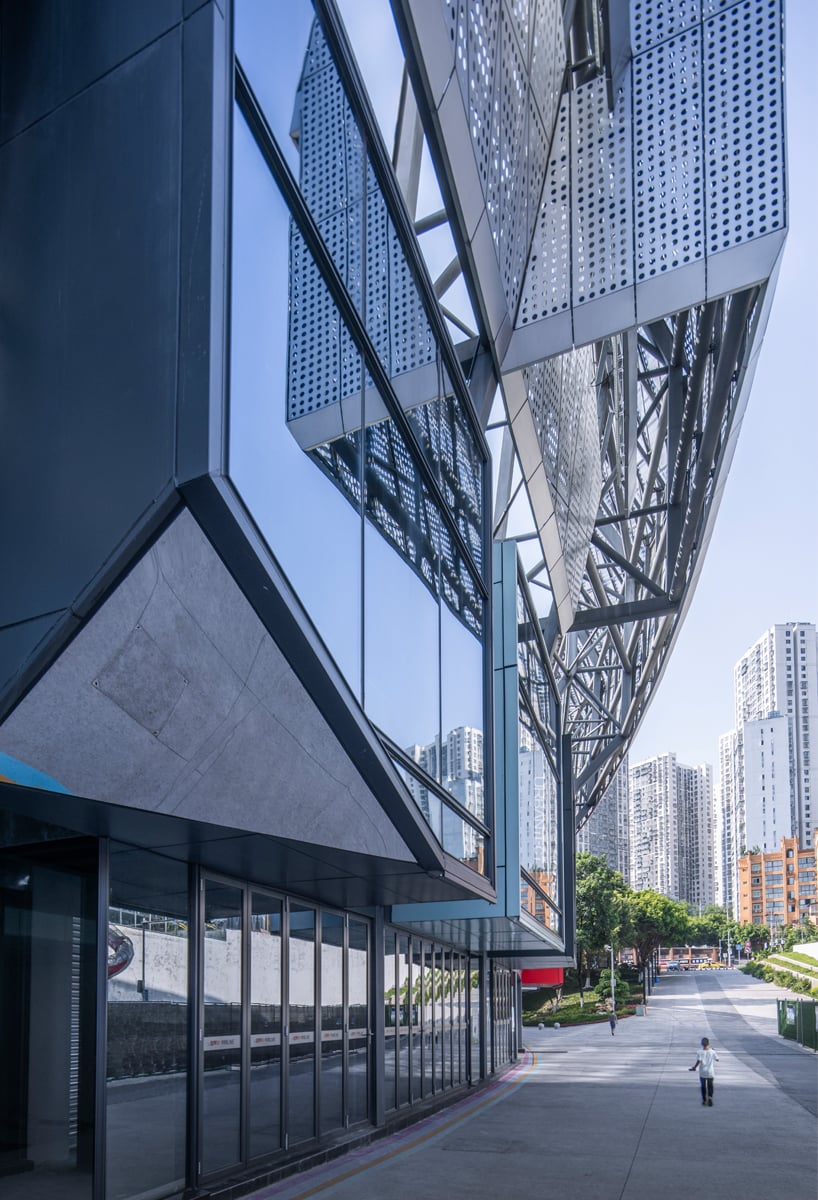 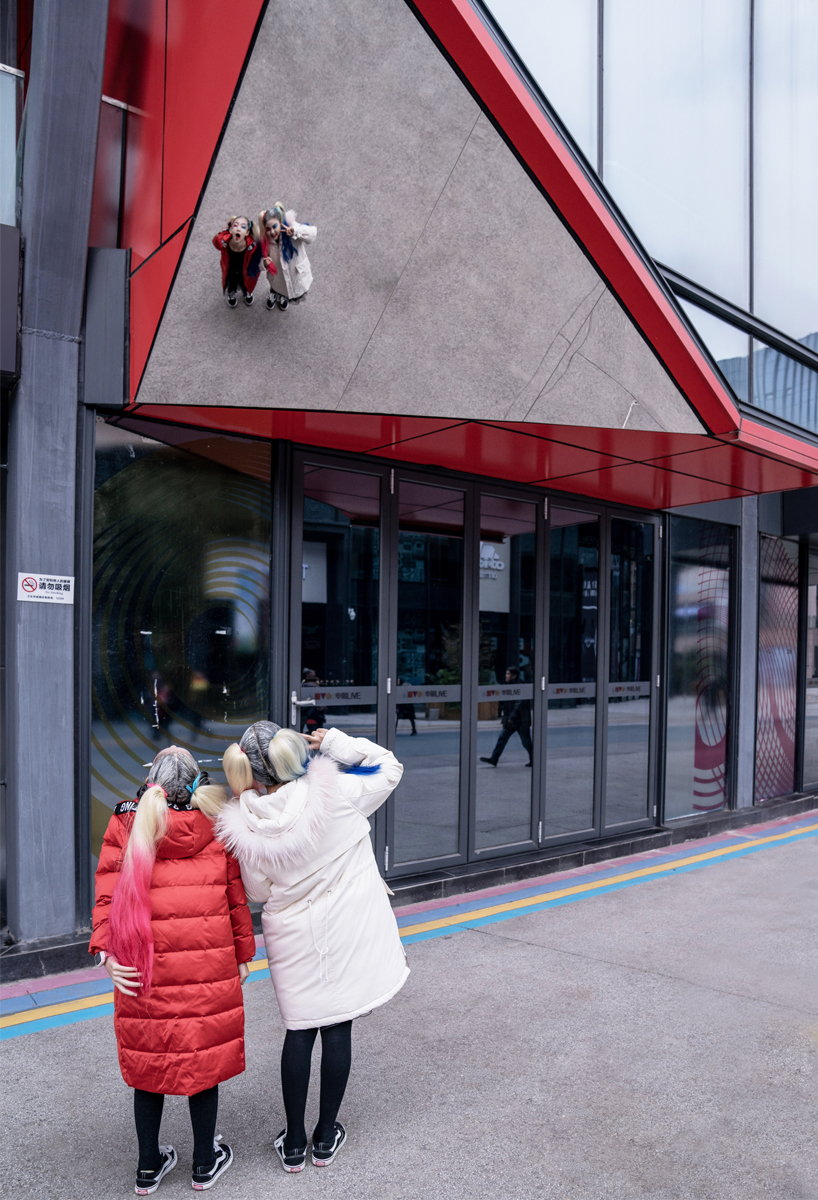 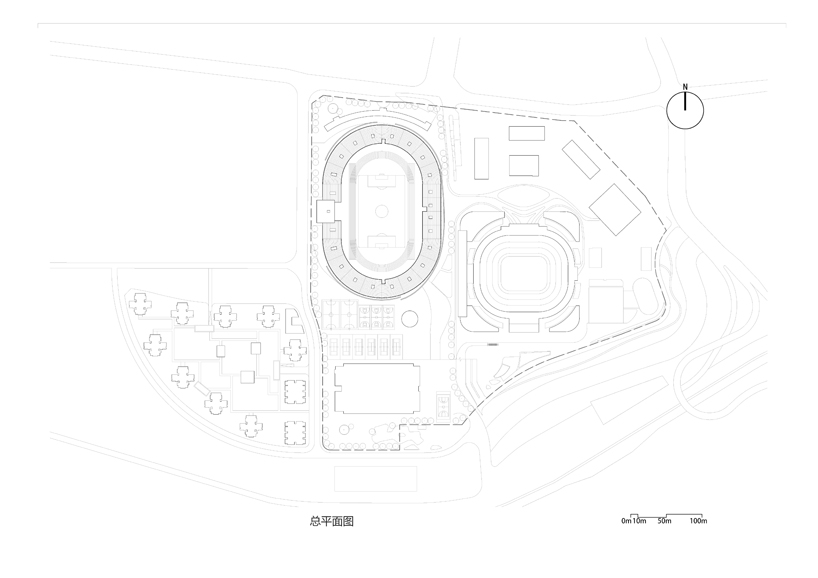 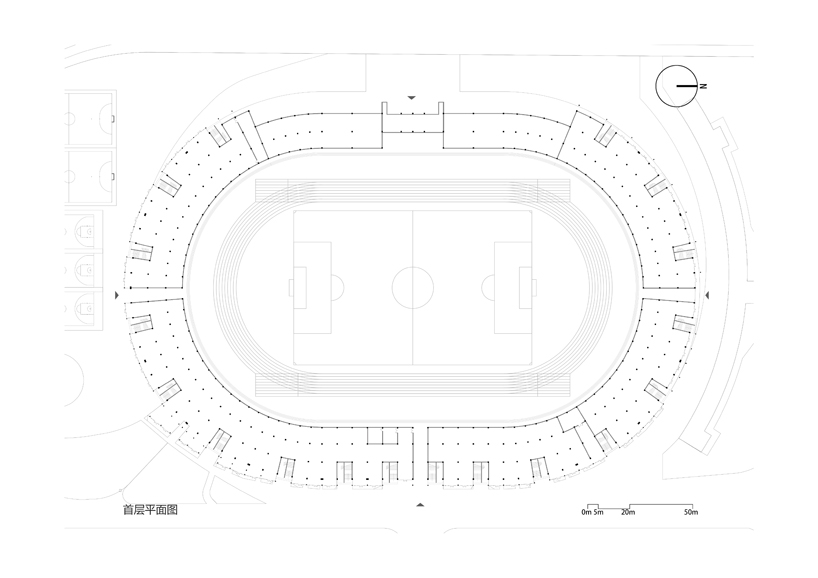 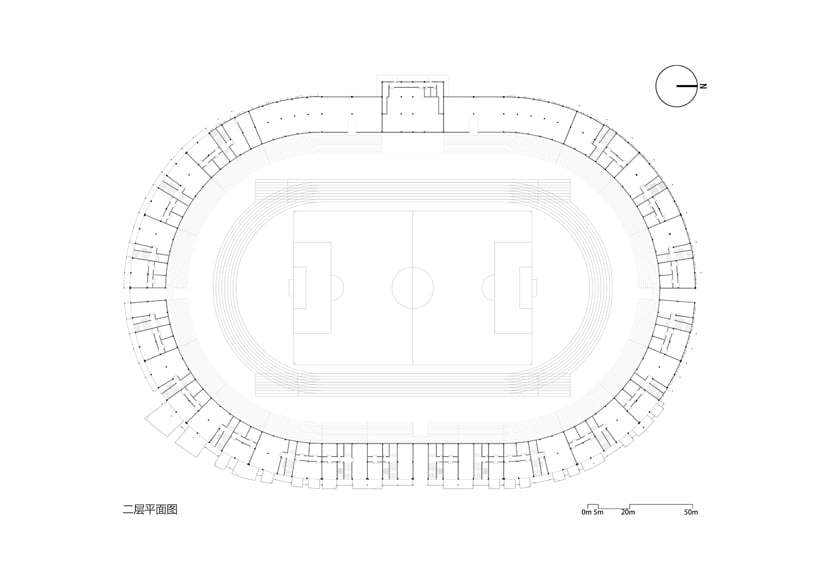 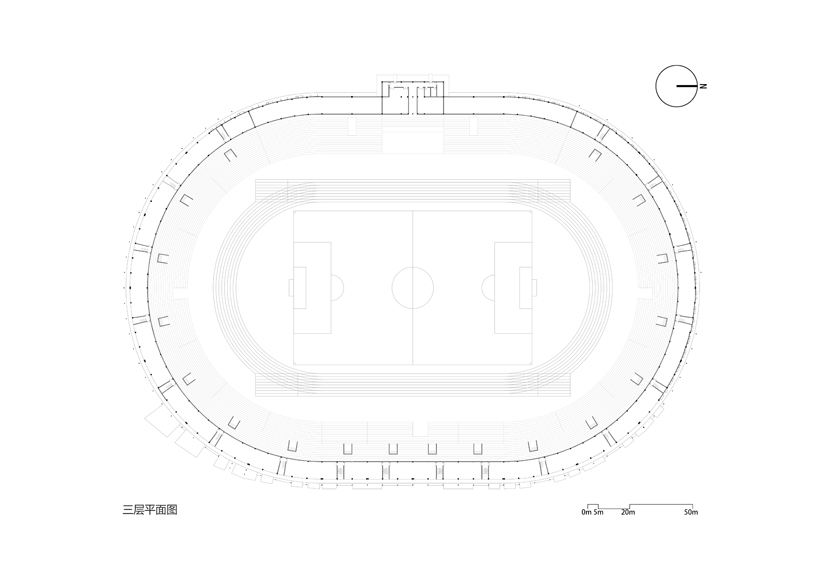 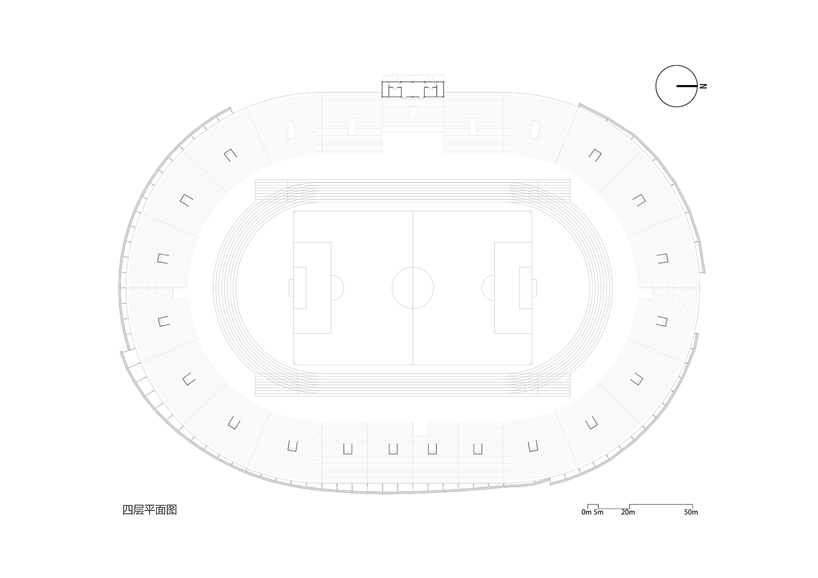 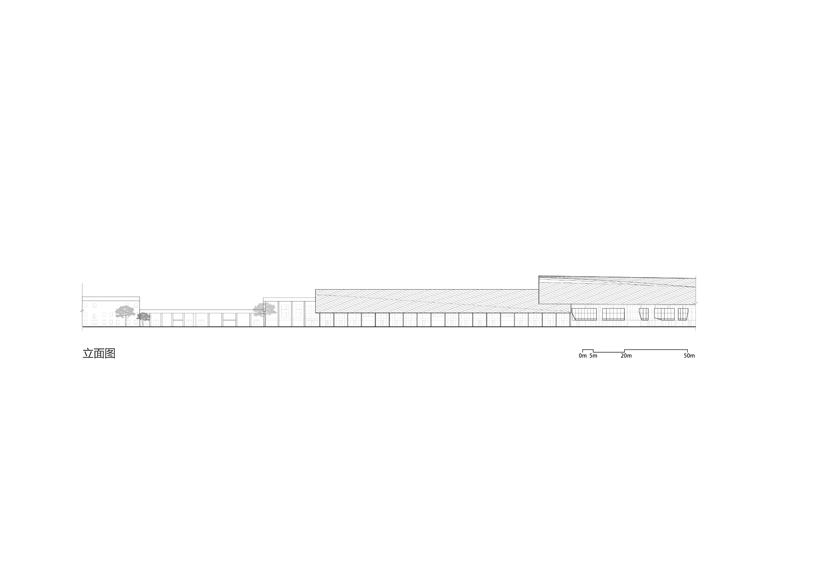 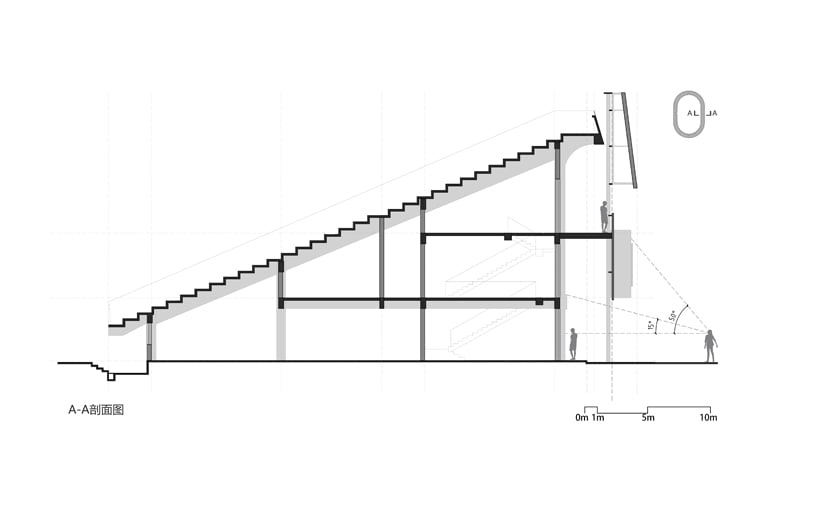 studio neba’s private house in norway is a stargazing sanctuary